A new menu and fresh design is creating energy around the classic brand. And, for the first time in six years, the company is growing in the U.S. again.
August 2017 Danny Klein

At Tony Roma’s flagship location on humming International Drive in Orlando, Florida, some of the booths were tearing apart. Aging wall art hung in cramped, carpeted rooms. It was dark like your grandfather’s steakhouse.

It hadn’t signed a U.S. franchisee in six years. Even Jim Rogers, the brand’s chief marketing officer, and someone who grew up around the concept, wasn’t blinded by familiarity. Brands age just like people do. And while it can be difficult to spot signs of wear in an old friend, these problems were crystal.

“When I joined Tony Roma’s three years ago we were a brand that I knew that I loved but had been around and frankly was getting tired,” he says. “It was something we needed to address, in many ways.”

The chain, which has 20 U.S. stores and 142 international locations, conducted research throughout North America. The conclusion: “The brand kind of lost its way, the business lost its way,” Rogers says. “They were trying to be everything to everyone.”

Tony Roma’s touched pretty much every channel—menu, design, technology, and more—as it looked to inject life back into the brand.

Firstly, the company took a construction crew to the I Drive location and started knocking down walls. The result was a prototype that showcases Tony Roma’s restaurant of the future. Future stores will follow suit and current ones can remodel to the new look. In fact, it’s a requirement for operators if they want to feature the key ingredient—a 2.0 menu that introduced a staggering 35 new items.

Rogers says he brainstormed with Bob Gallagher, the senior vice president of culinary and beverage for Romacorp, Inc., and developed a fresh brand DNA, one that harnesses new trends while maintaining a firm grasp on the past. It was time for Tony Roma’s to get back to its core—ribs—and stop trying to manage the veto vote, Rogers says.

The menu retracted from about 70 items to 42–44, of which, again, 35 were new. “We took a shot at it,” Roger says. “… We said, ‘Let’s really take our best shot at recreating and building this brand and putting it back together, focusing on the core of who we are but then also really leveraging some of these consumer trends.” 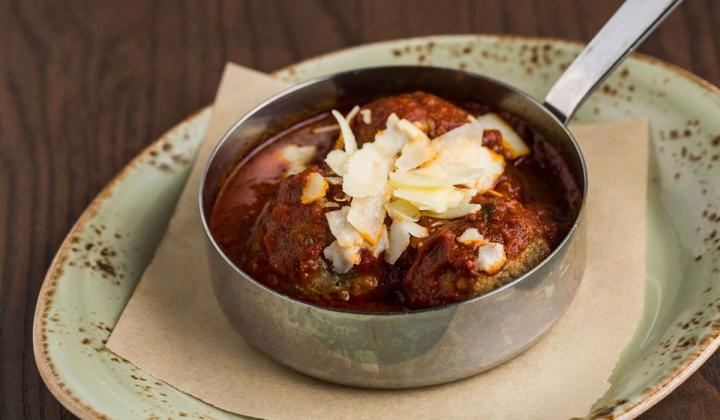 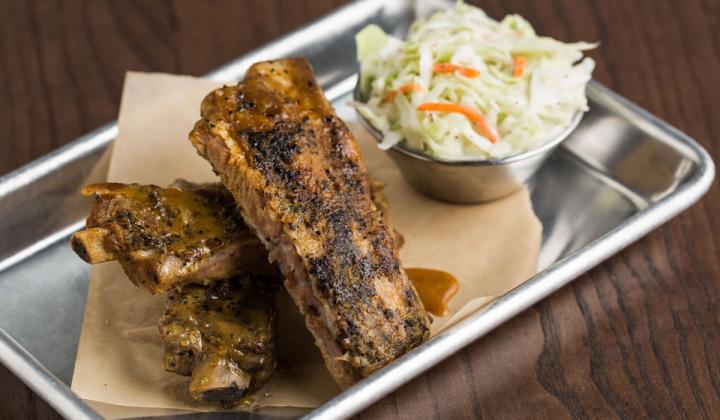 Rubbed with a five-spice blend and marinated for 48 hours in house-made pastrami seasoning, the Pork-Strami Ribs are brushed with an agave mustard glaze. 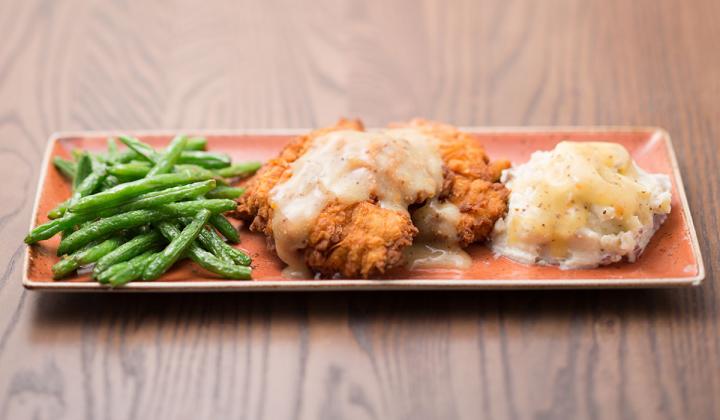 While ribs will always rule at Tony Roma's, the Not Your Mom’s Fried Chicken, which is deep fried chicken in waffle batter, has been a huge hit. 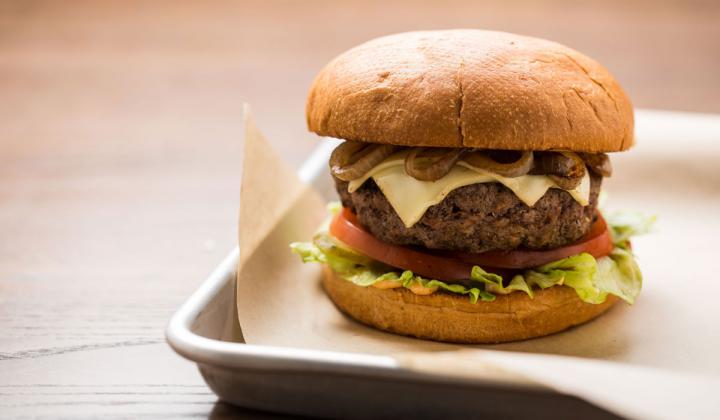 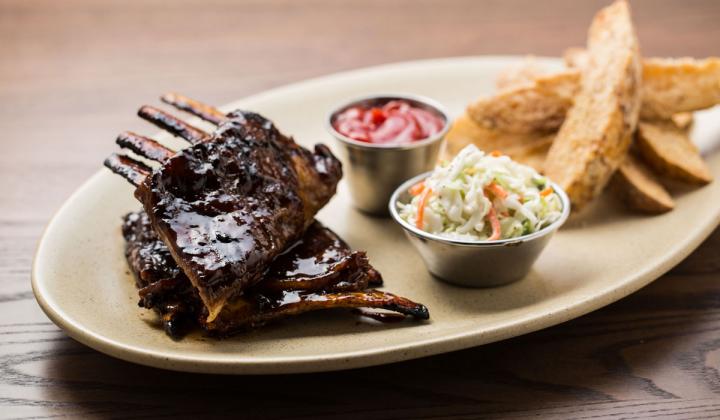 Famous in Malaysia, Tony Roma's brought its Lamb Ribs to the U.S. as part of the new menu.

Introduced October of last year and since launched to corporate locations in Miami and a couple in Texas, the menu focuses on customization, bold flavors, and, of course, ribs.

It kept the classics—Onion Loaf, Baby Back Ribs, and Kickin’ Shrimp—updated others, and then brought in completely new choices, including a revamped dessert menu.

Perhaps the most vivid change is a small plates menu called “Bones & Bites” that allows customers to mix and match. Rogers’ favorite item is the Buffalo Ribs, which are pork ribs coated with Ritz cracker breading, fried, and tossed in a Buffalo sauce. Another bold iteration is the Pork-Strami ribs. Rubbed with a five-spice blend and marinated for 48 hours in house-made pastrami seasoning, they’re brushed with an agave mustard glaze. Bison Meatballs and Pepper Jack Shrimp Poppers are two other non-rib additions. Another popular menu boost has been the Lamb Ribs with plum-tarragon glaze, which are well known to Tony Roma’s Malaysian audience, and the Boneless Beef Short Rib.

Rogers says the chain did post-menu research as well to track progress. “What has the shift been in acceptance for these products from a guest standpoint? We can certainty look at sales but we wanted to know if we really upgraded the menu,” Rogers says. “And that research showed that we upgraded the menu pretty significantly.”

Design wise, the I Drive restaurant is hardly recognizable. There’s a massive indoor-outdoor space, private dining rooms, an open dining room, expanded bar with 20 taps of beer and new cocktails, fresh colorful plateware, and updated glassware, including beer goblets. Polo shirts have been replaced by chef coats. There are all new light fixtures. The entire space is crisper, bolder, and more current.

“When you’ve got restaurants that have been around for 25–30 years, it’s not just putting in a new menu. You’ve got to touch everything. The hardware and the software, Rogers says. “Change the uniforms. Change the plateware. Change the look and feel of the restaurant if you’re going to be impactful.”

That’s why, Rogers says, the company is asking franchisees to update their restaurant if they want the new menu. And, without question, many of them do.

In fact, that six-year drought ended in mid-April when Tony Roma’s announced it signed a development deal for West Palm Beach, Florida. A week later, T&J Food Groups I, Inc. revealed they would be opening in Tennessee. The brand also inked a deal to break into the Nicaragua market.

“We weren’t having much interest as far as growth prospects with potential franchisees,” Rogers says. “That has changed dramatically with this new restaurant, with this new menu. It’s starting to create some great energy for us.”

“It takes time to change a mindset and a brand and a menu,” he adds. “But we’re moving along that path.”