The sports-themed brand is up to 25 locations.
May 2019 Danny Klein

In the early days of Texas Roadhouse, you would have needed an atlas and a whole lot of time to drive between locations. There was a store in Cincinnati. Sarasota and Clearwater, Florida. The original in Clarksville, Indiana. As the story famously goes, they all handed out comment cards directing customers to a PO box in Dallas. The hidden catch: Texas Roadhouse didn’t actually have any restaurants in Texas. “I have no idea why I did that,” CEO Kent Taylor once joked.

Texas Roadhouse’s intention was likely psychological. Taylor wanted to equip a fresh concept with branding consumers could latch onto. In this case, steak and Texas—two things married at the altar of foolproof pairings.

But Texas Roadhouse didn’t fly out of the gate. There were a few reasons why. The biggest was probably real estate. Taylor and the chain targeted conversion buildings, including an old Western Sizzler. It wasn’t until George Lask helped design a prototype in 1996 that momentum turned forward (the current restaurant, minus a bar remodel and kitchen upgrades, looks pretty much the same today).

The other factor, though, was Texas Roadhouse’s spread-out expansion strategy. Opening in one town and then another, while eliminating any cannibalization concerns, was a difficult way to build awareness.

It took some time for people to get to know Texas Roadhouse. Once that changed, sales took off.

Something similar is unfolding with the company’s lesser-known concept, Bubba’s 33. Created by Taylor in 2013, the sports-themed burger and pizza brand had seven units by the end of 2015. By Q1 2019’s close, the chain was 25 locations strong, an increase of four stores over the prior year. As many as four more could open in 2019, the company said during its recent review.

President Scott Colosi said during an April 29 conference call that Bubba’s 33, like Texas Roadhouse, was by itself in a lot of the markets it debuted in. Here’s a look at the current map:

Colosi didn’t guarantee it, but said 2021 could, hopefully, be the year Texas Roadhouse steps on the gas with Bubba’s 33’s. “We’re just trying to be patient and disciplined and not trying to grow faster than what we should,” he said. “And I can tell you, internally, everybody’s dying to grow the concept faster.”

They are committed to growing restaurants closer together, Colosi added. You could see more around Houston, Pasadena, Tampa, and Charlotte.

One setback right now is recent openings, however. Again, like Texas Roadhouse, Bubba’s 33 isn’t lighting sales on fire from day one. In the last couple of years, Colosi said, the company opened nine locations and “a number of those” haven’t started out with robust sales. They’re solid. Just not enough to inspire Texas Roadhouse to think, “hey, let’s go build a bunch more Bubba’s,” Colosi said. And that comes from a really high bar set by an organization that’s restaurants push $5.2 million in average-unit volumes.

“I say that because some of that's comparing to Roadhouse, which is just a whole another world,” Colosi said. “Compared to most sports restaurants or sports bars, the sales that we’re opening with are actually pretty darn good.”

Texas Roadhouse will ramp up Bubba’s 33 expansion when it feels it’s firing on all cylinders. “But in comparison to what we know we can do, vis-à-vis Roadhouse, and what it's causing us to get these Bubba's open from a return on investment perspective, we want to be doing more,” Colosi said.

Here’s the kicker, though. The average capital investment for a Texas Roadhouse restaurant opened over the past three years was $5.2 million, $5.3 million, and $5 million, respectively. In 2019, the company expects the figure to rise to $5.5 million due to land purchases and related site improvement costs.

This is a key reason the company is still evaluating Bubba’s 33’s prototypical asset design. A smaller restaurant has been in development for some time but hasn’t debuted yet.

Even with inconsistent openings, Colosi said, Bubba’s 33 enjoyed sales momentum in the past year. Every restaurant is cash flow positive. The brand is just trying to decipher why some stores are doing better than others. 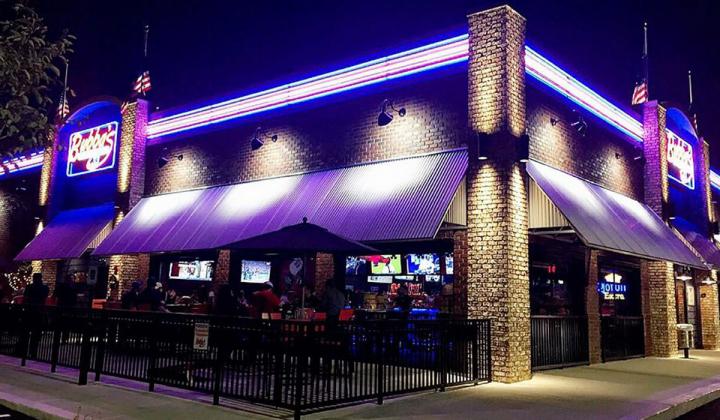 Bubba's 33 has the same commitment to quality and service as Texas Roadhouse.

“It could be just like in the old Roadhouse days, we opened somewhere very, very far away from where there's any other Bubba's. And so people just don't know us and certain elements of it just don't resonate at this point with folks where we've opened,” Colosi said at the end of Q4, reiterating the earlier point. “But other places where we've had a little bit of history, we're seeing a lot of sales growth. It's very exciting.”

That suggests to the Texas Roadhouse team that Bubba’s 33 could be a couple of years away from riding its own success to more success. Instead of getting taunted by a honeymoon period, as many new concepts do, Bubba’s 33 is actually seeing sales grow at a good clip in older restaurants. Colosi believes that’s a positive sign.

At the end of last year, he said, the company ignited a consumer research project, similar to one from a couple of years back, where they would go into communities and simply ask people what they know about the Bubba’s 33 concept. What do they like about it? What are the issues?

One test to emerge was lunch service, which has historically been in one store in Albuquerque. That restaurant, Colosi said, has done very well sales-wise and margin-wise. He noted last quarter than two locations featured lunch every day, with more to come.

“Bubba’s lends itself a little more [than Texas Roadhouse] because of the menu and the TVs and everything more to lunch occasions,” Colosi said. “So we’re going to see how that works out.”

In an ideal scenario, Colosi said, they’d like to “grow the heck out of Bubba’s.”

This growth will come, though, as Texas Roadhouse builds out its steakhouse footprint as well. There are currently 561 locations (537 domestic), and the company has previously said it could get to 700 or 800. It plans to open 25–30 company restaurants this year, including the four Bubba’s 33 stores.

Akin to Texas Roadhouse, Bubba’s 33 doesn’t cut back on quality, service or preparation. So it tends to be a high-cost, labor-intensive operation. The burgers, pizza, and wings are scratch made. And also similar to its bigger sister concept, Bubba’s 33 skews value and doesn’t want to lose that differentiator, with entrées ranging from $9.79 for a Classic Cheeseburger to $19.99 for a 16-inch Meaty Meaty Pizza.

In addition, there’s an extensive selection of draft beer and a 12 & Under kids menu that prices from $3.99–$5.99. At both restaurants, individual kitchen employees are assigned to the preparation of designated food items to focus on quality, consistency, speed, and food safety, the company said. Managers are expected to inspect every entrée before it leaves the kitchen as well.

Taylor told FSR earlier that Bubba’s 33 stands out because of these traits. “I think it really starts with quality food,” he said. “And ends with superior service. If you don’t nail those two aspects it really doesn’t matter.”

“I like the sports-bar restaurant field because when you typically think of those types of places you’re not thinking about quality food or quality service,” he added. “Bubba’s has both.”