The One Group continued to get creative with its outreach over the past year.

The ONE Group Hospitality’s mission is “to deliver exceptional and unforgettable guest experiences to every guest, every time.”

While in the throes of an intense global pandemic, the directive became vastly more difficult, but CEO Manny Hilario says STK Steakhouse and Kona Grill were up to the task. The company’s off-premises growth is evidence enough—takeout and delivery grew 3.4x from January to December 2020.

The 24-unit Kona Grill, which was acquired by The ONE Group in 2019 out of bankruptcy, had a sophisticated off-premises program before COVID, but 21-unit STK required more pivoting.

Hilario says first and foremost, the menu was essential. The steakhouse needed to ensure its product could handle 30 minutes to an hour worth of movement. So the brand developed specific items for off-premises that aren’t available in stores. For example, STK concocted a half-pound Wagyu cheeseburger, Wagyu meatball wrap, and a short rib quesadilla. Hilario says those who order the cheeseburger also tend to add on steak or sides like mac and cheese.

“The question is, ‘Are you guys in the business of quesadillas and wraps?’” Hilario says. “And the answer is we're not in that business, but we're in the business of having great steak, great beef, great quality products. So we translated some of the very craveable products that we had into our menu, and we put it into the takeout menu and that seems to have worked very well.”

“… All those special items that we added for the takeout menu only became enablers for people to participate in takeout,” he continues. “So the whole menu engineering was very critical for us.”

Reorganizing restaurant layout was also crucial. Not only do locations have to move products from the kitchen to the front, but they have to abide by social distancing guidelines and prevent people from bumping into each other—a very labor intensive process that requires foresight. A third key to unlocking off-premises was designing packages that reflect STK’s brand. From notable containers to distinctive forks, knives and spoons, Hilario says stores didn’t “skimp on quality on any of those customer-facing components.”

The ONE Group also rolled out STK Meat Market, a website in which consumers can purchase STK quality steak, deliverable anywhere in the U.S. With steaks averaging $25 to $30, Hilario says the Meat Market proved to be a solid auxiliary business through the pandemic. The offering is now available on both Amazon and Goldbelly.

Each of those efforts was geared toward transforming “vibe dining” into a portable offering. The ONE Group even launched STK and Kona Radio so customers could listen to the restaurants’ music while at home. Additionally, on Friday and Saturday nights, the brand features DJs on social media.

“It was a lot more than just getting a white bag that says, ‘Thank you’ on it and then putting everything in just boxes and getting it out of the restaurant,” Hilario says. “We have to really engineer that business. Why? Because the future, it’s clear to us that it will involve takeout and delivery. The consumer now expects it. People expect food to just magically show up at their door. So we know that's not going away anytime soon.”

The ONE Group found in states like Florida, Georgia, and Texas—where dine-in occasions are much higher—delivery and takeout removes the pressure of capacity limits on Fridays, Saturdays, Sundays, and even Thursdays. Nine STK restaurants and 19 Kona Grills have dining room availability. Each restaurant also has two locations operating solely outdoors.

Hilario says the majority of off-premises business comes between 6 p.m. and 8:30 p.m., which are usually times when restaurants are filled the most. 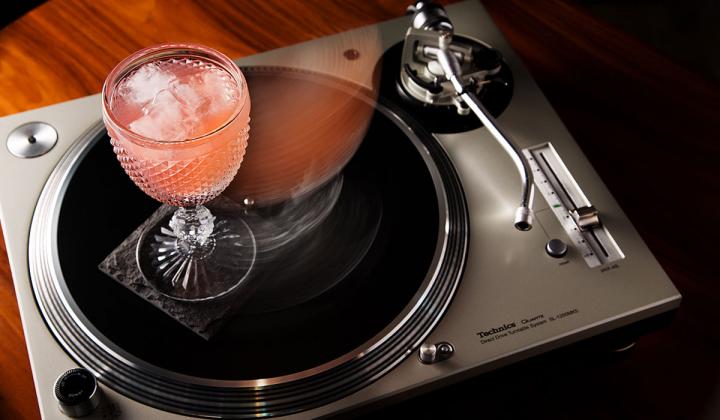 STK is still all about "vibe dining," even during COVID times.

"If you think of us and brunch, it's more than just getting pancakes and eggs,” Hilario says. “It’s really about having a great menu, having a great drink, and then having a greater vibe with the DJs and activity in the restaurants.”

October was The ONE Group’s best month in terms of capacity and same-store sales since the pandemic began. During that period, the brand averaged 51 percent indoor capacity, which translated to comps growth of 0.3 percent at STK and 8.6 percent at Kona. Capacity slipped to 44 percent in November and 38 percent in December as major markets like California, Chicago, Colorado, and Baltimore added restrictions due to rising COVID cases.

Despite the downturn, Hilario is confident more capacity is on the horizon. The entire state of Minnesota and select markets in Colorado, including Denver, brought back indoor dining in January.

“We didn't really see any slowdown from an appetite for consumers to go out,” Hilario says. “You have lots of restaurants in states like Florida and in Georgia, where the limitations were much less, and clearly people in Texas, we saw a lot of demand for the products. So where there was capacity and people can go out, we could certainly see that people wanted to go out.”

That demand is exactly why The ONE Group was as active in marketing and promotions in Q4 as it’s ever been—if not more so. Hilario says the company’s approach is COVID will be over at some point, so it’s vital to stay at the top of consumers’ minds. The company also recognizes holidays are an important part of the business model—it’s a period when STK and Kona are able to introduce many to the brand. As an example, STK released a holiday promotion that allowed guests to taste Wagyu from around the world, like Australia and Japan. Restaurants also marketed gift cards to drive in family and friends, emphasized their price-pointed happy hour for value-conscious customers, and launched a Bubbles & Pearls and Dom Pérignon promotion to attract premium guests.

“In situations where you’re limited in capacity, giving great products like that gives consumers an opportunity to voluntarily trade up to some very unique and cool products,” Hilario says. “So that marketing engine of getting the word out there and creating a lot of awareness in social media really paid out dividends in terms of the customers coming in and ordering in the restaurant. That's just a philosophy of ours. If you look at our pillars, marketing, culinary, and operations are the paramounts that make our business work.” 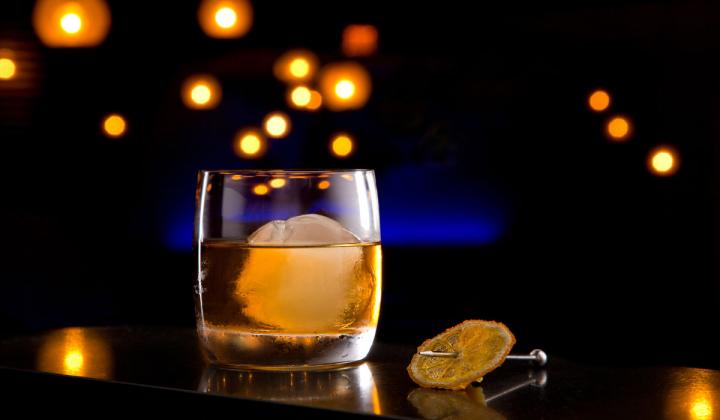 The ONE Group’s long-term growth targets are to open three to five licensed stores and sign one to two food and beverage hospitality deals per year.

All signs indicate The ONE Group has clear runway for growth, Hilario says.

The company believes there’s opportunity for roughly 200 STK restaurants globally across large and mid-sized markets. Between 2021 and 2022, STK is targeting four U.S. and four International locations.

The CEO explains that not many concepts with an average ticket of $40 to $50 are growing right now and that’s combined with several brands falling by the wayside because of COVID. So from a landlord perspective, the universe of alternatives is smaller, and they’re looking for restaurants that can be attractors of traffic rather than those that need to live off of it.

“We believe that our STK and Kona Grill brands, because of their vibe components and being super experiential, are the type of projects that landlords want,” Hilario says. “So we're seeing a lot of demand from landlords or at least interest in talking to us about the projects.”

Hilario also sees much potential in The ONE Group’s hospitality management business as hotels look to outsource food and beverage and focus on rooms and service. The company has five hospitality programs in operation, and believes there’s opportunity for at least 50 worldwide. The brand is opening five such locations in the U.K. between 2021 and 2022.

The CEO says the trend of outsourcing will only accelerate because hotels prefer to work with partners that have the operational know-how and the necessary marketing tools.

“We have a very powerful digital database of people that we can market the property to, and we'll bring that to the table,” Hilario says. “That’s what excites me about the growth potential for our company is that we have a great concept. We have a great business model, particularly when it comes to doing that.”

The ONE Group’s long-term growth targets are to open three to five licensed stores and sign one to two food and beverage hospitality deals per year. It’s also aiming for same-store sales growth of 1 to 2 percent and strong margins that will result in more than 20 percent growth in adjusted EBITDA.

With multiple levers to drive revenue and profitability and a strong management team, Hilario says there’s no reason to think The ONE Group can achieve each of those objectives.

“I do believe that customers are coming out today even in COVID, but the reason I believe we’re successful is they want to have fun,” Hilario says. “They want to have something that is different than just getting the meals because they can just get the meals at home. So I think being in the vibe dining and being in the experiential dining sector is really different from what other companies do.”