Black Bear Diner's combination of down-home, comfort food and massive portions has been a hit with customers.

In the Barclays Capital 2017 industry report on the fastest growing 200 private restaurant chains in the U.S., most of the top 20 consisted of quick-service eateries except for three: First Watch, Black Bear Diner, and Bar Louie. First Watch, which ranked fifth, generated $231 million in revenue in 2017, Black Bear Diner, rated 13th, had $201 million, and Bar Louie was 17th with $275 million.

But what are these three full-service restaurants doing to boost revenue? How are they appealing to customers? Breaking the mold? Developing a distinctive niche?

The quick-service eateries have thrived because they nab smaller spaces at cheaper rents and appeal to a greater number of customers based on “convenience and price,” says Darren Tristano, CEO at CHD Experts, a Chicago-based specialist in the foodservice and hospitality industries. Fewer customers are spending time dining at sit-down restaurants, preferring delivery and take-out.

Millennials would rather dine on the run, often racing home to eat their food while staring at their 55-inch TVs and watching Netflix, Tristano says. Hence, fast casuals have the upper hand because customers can get in and out of dining in 35 minutes rather than spend an hour at most full-service eateries.

First Watch, Black Bear Diner, and Bar Louie have differentiated themselves from their rivals, Tristano says. There isn’t as much distinction for some consumers among the most recognizable casual-dining icons. But First Watch’s superior breakfast, Black Bear Diner’s distinctive West Coast ambiance and menu, and Bar Louie’s unique cocktails establish competitive niches, distinguishing them.

And that competitive edge and defined menu and ambiance have given their clientele a reason to keep coming back for more.

“First Watch does breakfast well compared to Denny’s and IHOP and does a good job of servicing an older customer who appreciates its menu,” Tristano says.

Black Bear Diners, located mostly on the West Coast but in the process of a major expansion currently, possess a clear-cut design with timber and bears, and have been winning over clients with their pie shops, coffee shop menu, hospitality, and moderate prices. And signature cocktails and alcohol, with food as a secondary draw, are luring clients to Bar Louie.

“The target market for these three chains is the lower to middle-income group, often older consumers, baby boomers, and families,” Tristano says. He adds that Black Bear Diner has struck a chord reaching consumers with its kids’ meals. Bar Louie has been attracting its fair share of millennials.

"People don’t want to be told how much you can eat. We give them plenty. I don’t measure out the home fries we serve." — Bruce Dean, Black Bear Diner CEO.

Black Bear Diner CEO and co-founder Bruce Dean is quite explicit about what has fueled its growth to 109 restaurants in nine states, with plans to add 25 more in 2018. “We have great homemade food and offer a great value proposition,” he says from the company’s Redding, California, headquarters. Dean says its large portions attract a steady clientele; many of whom leave with leftovers.

Menu items such as Bigfoot Chicken Fried Steak and Eggs with Corned Beef Hash leave customers satisfied. “People don’t want to be told how much you can eat. We give them plenty. I don’t measure out the home fries we serve,” Dean says.

But Black Bear Diner also offers smaller portions and egg white healthy breakfasts for those so inclined. “Not everybody wants to eat like me,” Dean says, referring to his 6-foot-4-inch and 250-pound physique.

Unlike other chains that specialize in breakfast and lunch and close early, Black Bear extends to dinner. “We serve a lot of comfort food, like meatloaf that mom used to make,” Dean says.

Dean has built a family culture among its employees. “We have some of the lowest turnover in the industry,” he says, alluding to the fact that training new employees is time-consuming and costly.

Its décor attracts a loyal clientele as well. “People enjoy our carved bears and black bear theme,” which fits for a restaurant chain located mostly out West. Dean, however, says that it’s expanding to Oklahoma City and Houston, and expects the brown bears will resonate there as well.

Dean says that full-service restaurants encounter strong competition from fast casual and fast-service competitors. “Time is of the essence for most folks. People don’t want to sit and wait,” he says. He and his staff often focus on how Black Bear can expedite the experience, except maybe on Sunday afternoons after church or football when families want to linger and chat.

Though it’s a chain, every menu at each Black Bear Diner is different. “We want to make it a neighborhood community restaurant, where we emphasize hospitality.  Each menu is tailored to the community,” Dean says. 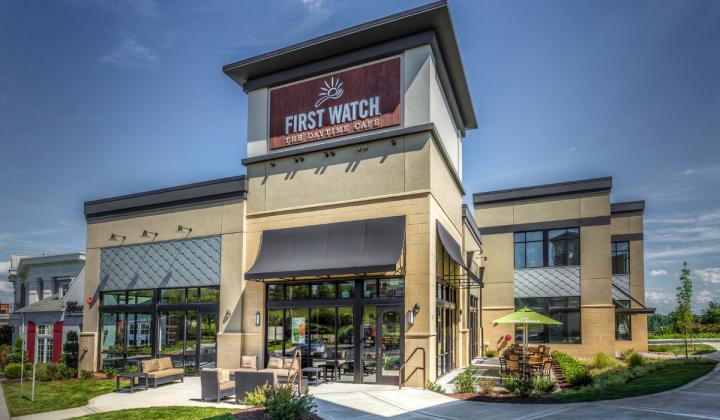 First Watch offers a strong value proposition to with its on-trend food options.

At the 249 First Watch restaurants located in 22 states, the secret is its consistency, says Chris Tomasso, its University Park, Florida-based president. It was named First Watch when it debuted in 1983, a nautical term, meaning first shift of the day or breakfast.

Tomasso says that the brand specializes in making everything fresh. “We don’t have deep fryers, heat lamps or microwaves. We make our granola in house, pancakes fresh and quinoa bowls fresh,” he says.

He says that First Watch has tapped the growth in breakfast and brunch, the two fastest growing segments in the restaurant industry.

Appealing to its target audience, First Watch also offers a strong value proposition. Its average entrée costs $8, making it appealing to a wide swath of diners. Its clientele consists of families with kids, business people who come for power lunches, millennials and senior citizens and “everything in between,” Tomasso says.

First Watch is open weekdays for breakfast and lunch and weekends for brunch and closes each daily at 2:30 p.m.  That early closing time enables its employees to have dinner with their families nightly, and how many full-service restaurant chains can make that claim, Tomasso asks?

Its clientele gravitates to ordering farm-stand breakfast tacos, lemon ricotta pancakes, French toast, or chickichangas, which are made with whipped eggs and natural chicken, and not deep-fried. It also has a thriving lunch trade, replete with sandwiches, soups, and salads.

First Watch is doing so well that it plans on opening about 50 locations in 2018, a nearly 20 percent growth rate. It received funding from a new partner Advent International, a private equity firm. “They help us with our long-term strategy,” Tomasso says. 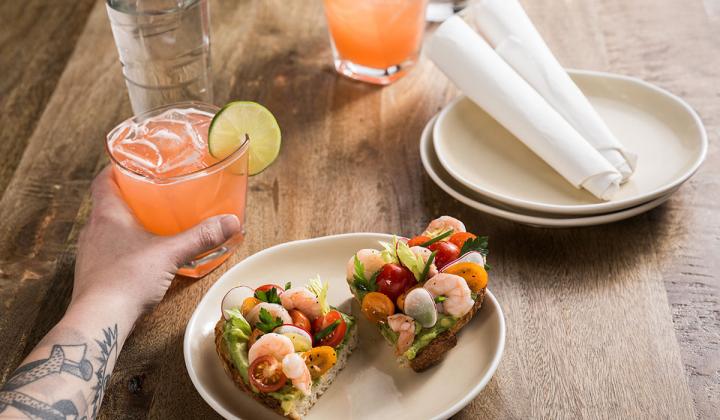 Bar Louie
Bar Louie is all about atmosphere and ambiance, and yes, a whole lot of handcrafted cocktails.

At Bar Louie, which launched in Chicago in 1990, the secret is in the atmosphere and ambiance, says CEO Tom Fricke. He described it as a series of “neighborhood bars, offering a unique and fun place for local friends and neighbors to gather and enjoy handcrafted cocktails, local beers and wines, food from scratch, awesome music, and great service.” For example, guests can partake of 35 handcrafted cocktails including signature martinis, margaritas, and sangrias feature fresh fruit and hand-squeezed juices.

An affiliate of the private equity firm Sun Capital acquired it in 2010 and has zeroed in on growth. It has nearly tripled Bar Louie from 45 units into 132 units. Fricke says Sun Capital focused on “systems and technology, innovation and menu upgrades.”

Fricke lauds the bartenders and staff at Bar Louie as helping generate repeat business. “They take every guest that walks through the door as if they were walking through their own front door,” he says.

These three chains, Tristano says, have thrived due to establishing a strong niche and via “good leadership, strong financials and operational performance and [establishing a] well-capitalized business.”