Romano’s Macaroni Grill
The comeback at Romano's Macaroni Grill is on: Revenue spiked 5 percent in June from the previous year and climbed double digits in May.

Can the classic Italian chain return to past glory? Will it buy another chain? Those questions and more await the brand in a pivotal year.
July 2018 Gary M. Stern

In Frank Sinatra’s “That’s Life” he crooned, “Each time I find myself flat on my face/I pick myself up and get back in the race.” And that description fits Romano’s Macaroni Grill, a full-service Italian eatery based in Denver that has faced severe doldrums, but is showing recent signs of bouncing back.

In October 2017, Romano’s Macaroni Grill declared bankruptcy and went into chapter 11. But fueled by the $13.5 million that restructuring and turnaround-owner Mac Acquisitions raised to fund the revival, it extricated itself from chapter 11, just four months later. By February, just five months after declaring bankruptcy, it tried to acquire the restaurant chain Bravo Brio, but was rebuffed by management.

But is Romano’s Macaroni Grill ready to pounce and snap up another restaurant chain? What exactly is it doing to boost revenue when so many mid-priced casual chains have been foundering?

A company extricating from bankruptcy is not uncommon. The New York Times pointed out on July 1 that “Many larger companies that file for bankruptcy end up paring their debts, cutting costs, and continuing to operate.”

Philip Romano launched Romano’s Macaroni Grill in 1988 in Leon Springs, Texas, leading to Brinker International acquiring its franchise rights in 1989. It expanded to 230 outlets before being dealt to Golden Gate Capital in 2008. Of late it has slimmed down and now has 85 company-owned locations in 22 states, plus 21 franchise locations in the U.S. and seven other countries. 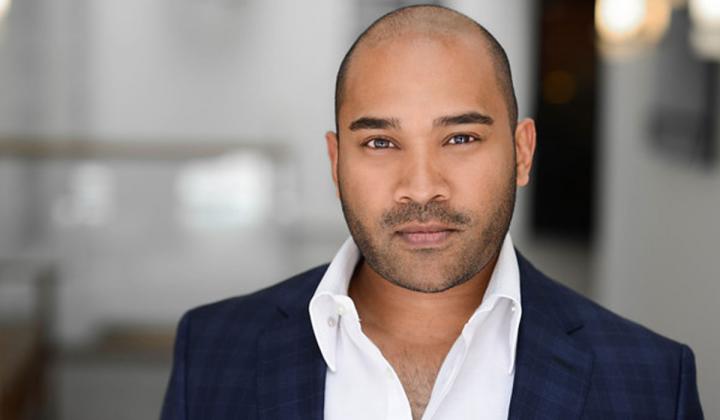 A Turnaround Specialist is Focusing on Transforming Romano’s

Current ownership group and management named Nishant Machado as CEO of Macaroni Grill in May 2017. Machado remains in his role as a senior managing partner at Mackinac Partners where he has led its restaurant division for six years and whose specialty is turnarounds. He said declaring bankruptcy was the key strategic move to launch Romano’s Macaroni Grill’s revival.

“It was a 30-year brand that has changed ownership a number of times. For the platform going forward, we had to eliminate underperforming leases and position ourselves to restructure the business so we can build a platform that was robust, and not burned with past liabilities,” he says.

Ridding those underperforming leases was critical to its turnaround. “As brands changes and cities developed, those A locations turn into B, C, and D locations, and make it more difficult to compete,” Machado adds.

Recognizing that many casual eateries, like Ruby Tuesday’s and Applebee’s were faltering compared to past results, Machado says many chains had become “generic and very mechanical. It was all about turning tables, getting people in and out. In their attempt to compete, they become too much like each other.”

We don’t go chasing guests but take care of guests that come into our restaurants. The best way to double up sales is to get everyone to come back. That’s our focus.” — Nishant Machado, Romano’s CEO.

What differentiates Romano’s from its competitors?

Machado says Romano’s possesses “several core attributes,” that differentiate the concept in a crowded marketplace. For example, Machado says it revised its “honor wine” system, where wine was placed on the table, customers would pour their own wine, and report how much they had drank. Moreover, everything at Romano’s is freshly prepared and sauces come directly from Italy, despite being more costly. Other forthcoming changes include a new brunch menu and mix and match and unlimited soup/salad lunches for less than $11.

Before it introduced its new menu, Romano’s team conducted several consumer studies, aggregated social media viewpoints, and collected reactions through its website. Based on that feedback in June, it introduced 11 new restaurant items, including returning six favorites from its 30-year history—a kind of greatest hits of Romano’s such as Salmon Piccata and San Marino Chicken. Pasta Milano, in particular, has resonated with guests, Machado says.

He adds Romano’s was aiming to sustain a culture of “generosity,” which encompassed “portion size, how we source our ingredients, and training our team to make sure they take the time to know their guests.”

Machado describes its target audience as clientele who skew “age 35 to age 55, middle to higher income guests, who want quality.” Asked where that leaves the growing number of millennials, he says, “We don’t go chasing guests but take care of guests that come into our restaurants. The best way to double up sales is to get everyone to come back. That’s our focus.” 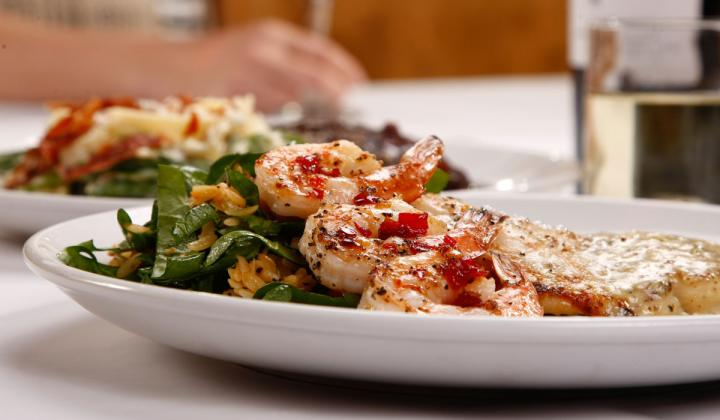 San Marino Chicken returned to Romano Macaroni Grill's menu along with some other classics.

After Bravo Brio rejected its overtures, Machado says it was searching for another acquisition that fits its criteria. It’s pursing a brand “that will have high consumer awareness, attractive outside opportunities from an operating standpoint, and a sound real-estate portfolio,” he says.

Machado admits that every turnaround, like Romano’s, presents its own hurdles and can be difficult. “If a company has been struggling, how do I create a plan and provide a vision that the entire team can buy off on and believe in?” he says. “Turning it around takes a village.”

Philip Romano launched Romano’s Macaroni Grill in 1988 in Leon Springs, Texas, leading to Brinker International acquiring its franchise rights in 1989. It expanded to 230 outlets before being dealt to Golden Gate Capital in 2008. Of late it has slimmed down and now has 85 company-owned locations in 22 states, plus 21 franchise locations in the U.S. and seven other countries.

Despite its turnaround approach, one consultant isn’t convinced that a revival can happen easily or long-term for Romano’s Macaroni Grill. Gary Stibel, the founder and managing partner of New England Consulting Group, based in Westport, Connecticut, says Romano’s needs to make dramatic changes to update its menu and extend its clientele beyond Baby Boomers to attract more millennials, Generation X and Y, in order to succeed.

Major changes and a path forward

“Most of the stores haven’t been remodeled. They’ve given lip service to modernizing, and added new menu items and value meals, but they haven’t repositioned the entire experience for Generation X or Generation Y. They’re classically stuck in the middle,” Stibel says.

He adds that Mangiano’s Little Italy, the 52-unit Brinker-run brand, offers a more upscale atmosphere and better value, as do a score of local Italian eateries in the many cities where Romano’s is located.

Romano’s needs a total rebranding and overhaul to appeal to a wider clientele, Stibel says. In fact, he recommends that it consider changing its name since most people are unfamiliar with the original chef Romano, and use the firepit and brick ovens as their signature to lure new customers.

Stibel says that Romano’s management has “already signaled its game plan. They’re going to try to find another restaurant chain for sale.” But he says, “It would be far better to put Romano’s on a growth trajectory and postpone acquisition until they do so.”

So far, Romano’s turnaround is showing early signs of success. Machado says revenue spiked 5 percent in June from the previous year and climbed double digits in May. He attributed the spike to “reestablishing the brand identity and our core message, building an integrated marketing strategy and plan, reaching guests through a variety of platforms including digital, print, radio and home advertising, without a massive marketing budget.”