The steakhouse recently announced a franchise program, and will enter towns of 50,000 to 100,000 with a slimmer prototype.

Rib & Chop House CEO Yaron Goldman is used to unsolicited offers about the steakhouse coming to a certain market. That’s music to the brand’s ears.

The company, offering Louisiana flavors for more than 20 years, wants to be the community restaurant in Mountain West towns of 50,000 to 100,000 people. Goldman sees an opportunity to capitalize on the lack of competition in these markets, but the primary downside is the geographical difficulties—these areas aren’t close together, and they don’t have major airports. That’s where franchising comes in. A well-seasoned operator who’s familiar with the market can take the reins and become the face of the brand.

So now, Goldman and his company are listening to those unsolicited offers. Rib & Chop House officially announced its first franchise program at the start of November.

“As we grow the franchising program, as we get people signing on, we feel like if we can show them our system, show them what works, show them how to execute that, they will dominate in these small towns because that is our growth plan, at least in the foreseeable future,” Goldman says. “We want to be a big fish in small ponds. We're not going to go to larger markets for the foreseeable future.”

“ … For us to drive between locations three or four hours, especially in the winter time in the Mountain West, that can be hard to execute,” he adds. “So if you have someone local there that has ownership, has pride in the brand, feels like that's a good recipe for success.”

To transform Rib & Chop House into a more franchisable chain, the brand reduced its prototype from the typical 7,000-8,000 square feet to freestanding locations between 6,000-7,000 square feet and endcap units with 5,000-plus square feet. The new box reduces kitchen size, and keeps the dining room the same, which is crucial since seating capacity is one of the chain’s biggest sales factors. The steakhouse was able to shrink its back-of-house by examining the menu and deconstructing all of it. Rib & Chop House looked at what it’s not necessarily getting credit for and determined how much time it’s spending on those things from a prep, labor, space, and equipment standpoint. One example is having suppliers cut steaks to the restaurant’s specs and bringing them in fresh as opposed to workers doing it in the kitchen.

Additionally, prior to the franchise launch, Rib & Chop House unveiled a new Royalty Card program—at $50 per month or $600 per year—that would provide guests with $600 in gift cards annually, priority seating, a complimentary set of branded steak knives, 10 percent off each check, and anytime reservation cancellation. The Royalty Card was released to a limited number of customers, and eventually sold out systemwide.

Next year, Rib & Chop House will launch what Goldman calls “Royalty 2.0,” which will involve special dinners and events for members. The program will also split into two factions. Original members will be called “the founders.” New customers allowed in will receive all the same benefits as the founders, except for the priority seating. Currently, Royalty guests are spending 20 percent more and visit six to seven times per month on average. Rib & Chop House already has a Members Rewards program where customers can earn 5 percent back on all purchases and $10 back for every $200 spent, but the chain may do away with it to focus solely on the growing popularity of the Royalty Card. 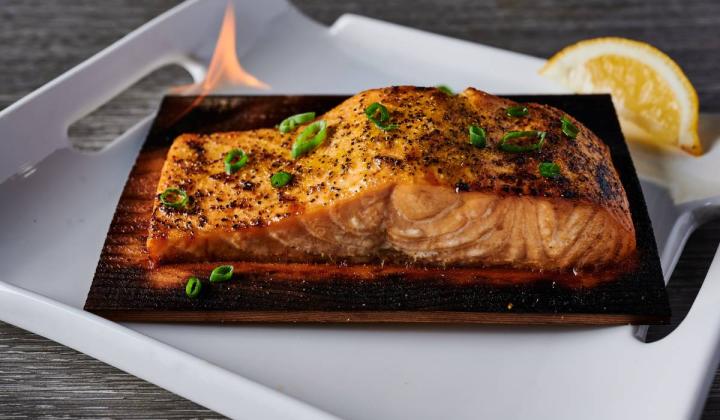 Prospective franchisees have taken notice of the program’s success.

“I feel like there's nothing like this in the industry at this level, and people are very excited about it,” Goldman says. “And the fact that we're going to expand it so we can have more people be members and get the benefits and all those different things, it's pretty exciting. But we've had some Royalty members just anecdotally who I know who say, ‘We should open one of these here or there.’ But to be fair, they haven't gone through the full process, but the ones that have gone through the process, the handful, they all talk to us about Royalty, because they just think it's a neat program. They want to understand the benefits, they want to understand the margins and all of those things.”

The brand has 12 units across Montana, Wyoming, Idaho, Utah, and Colorado. Future target markets include North and South Dakota, Nebraska, Colorado, Arizona, and Utah. Goldman says a couple of operators have asked about DMAs closer to the East, but Rib & Chop House already turned them down because it knows it doesn’t have the ability to properly service geographies that far away—at least not right now. The CEO says the steakhouse wants to be thoughtful about growth as opposed to “take a check and say, ‘Yeah, we’ll open anywhere.’”

Rib & Chop House’s goal is to sign deals for five to 10 restaurants in 2023. Next year will be dedicated to garnering interest, converting that into commitments, and going through training and real estate. Then starting in 2024, the brand hopes to open roughly three to five stores and each year afterward. Goldman and his team arrived at that number knowing that pace of opening can vary—someone may have a site that can open in three to four months while another project may take two years depending on land development and construction. After the slow ramp up, Goldman envisions a future where Rib & Chop House can open more than 25 units per year.

In five years, the CEO says there will likely be a 50/50 split between corporate and franchise stores, with about one to two company-owned locations opening per year. If franchising goes the way Rib & Chop House thinks it will, then that footprint will become the larger of the two over time. As far as how corporately run stores will look, Goldman says the brand is putting its money where its mouth is. Its most recent opening was only 5,400 square feet. Next year, the company is opening two stores—one is 5,400 square feet and the other is 6,000.

“We were able to prove it out where it's profitable,” Goldman says. “We can still do great sales, and we're just running better numbers because we have found efficiencies that we didn’t have before. When we had these requirements of 7,000 square feet, it does limit where you can go and what markets you can go to and then also the numbers you have to do versus what you need to do with 5,000, 6,000 square feet. It really does change because the build-out complexity and investment changes and then operational cost changes.”

Rib & Chop House is looking for operators with casual to fine-dining experience and the financial wherewithal. The chain will begin with agreements calling for one to two locations because of the operational complexity that comes with running a steakhouse; it’s why Goldman prefers not to go for quick-service and fast casual backgrounds. Eventually, Rib & Chop House will get more systems in place to help with scaling, but for right now, it needs franchisees to act more as owner-operators. But that’s not to say they’re on their own. Rib & Chop House is already working on pairing some potential groups with district operators and general managers.

“We want to be the growth engine for these franchises,” Goldman says.