The Rebirth of America's Classic Chain

Bennigan’s, a casual dining pioneer, is leading the pack once again, and has absolutely no plans of slowing down.
March 2017 Danny Klein

Paul Mangiamele won’t call it a comeback. What’s happening these days at Bennigan’s is better described as a renaissance, he says. Actually, just take the prefix “re” and tack on the word of your choice. Reinvention. Reengineering. Retooling. Reintroducing. These are all terms Mangiamele, the CEO of Legendary Restaurant Brands, believes fits the, yes, rebirth, one of the casual dining industry’s true pioneers.

“Now it’s come full circle to where we’re on top of the leaderboard again, and while other brands are firing their CEOs or filing Chapter 11, we’re pushing forward,” he says.

Bennigan’s 40th anniversary was a year to remember. The chain, which was founded by Norman E. Brinker in 1976 and has 150 units open, under development or under contract, experienced 6 percent same-store sales growth last year—a nearly mythical jump in today’s casual dining lexicon. In the past six years, Bennigan’s has appreciated average unit volume growth in excess of 35 percent.

To say this is an industry outlier would be an understatement. Especially when you consider that in the third quarter of 2016, only 34 percent of all casual dining brands across the country had positive comparable sales, according to industry tracker TDn2K. For the year, traffic growth plummeted 3 percent and, just this February, sales fell more than 4 percent.

At Bennigan’s, however, the brand isn’t just reporting positive intakes—the company is barreling into uncharted territory: instead of shuttering and shrinking, Bennigan’s is bringing additional, once-dormant concepts to life. 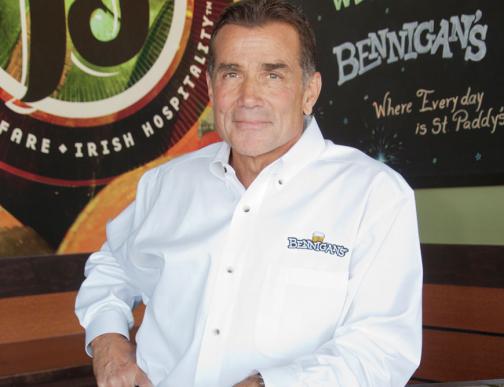 Paul Mangiamele has been part of the restaurant industry since he was 9.

In the spring, Legendary Restaurant Brands will reintroduce Steak and Ale with an opening in Cancun, Quintana Roo, Mexico, with more locations in the master development agreement yet to be announced. There are also deals inked for India and Australia and discussions happening stateside. Steak and Ale, also founded by Brinker, debuted in 1966 and closed its remaining 58 locations in 2008 as part of a Chapter 7 bankruptcy proceeding. The brand’s return has been discussed for the last couple of years and, as it nears reality, Mangiamele isn’t holding back.

“I’m taking dead aim—and I haven’t been really shy about it—dead aim at the lapsed Outback guests. They’re looking for an alternative,” he says. “… I’m taking dead aim at an affordable, family-friendly—which people seem to forget about families these days—steakhouse. I don’t see many in the space that are really paying attention to that family-friendly aspect and I think that’s another very important success ingredient for my brands.”

And Steak and Ale isn’t the only redesigned prototype with a reinvigorated pulse. Bennigan’s fast casual spin off, Bennigan’s on the Fly, is ready to reenter the landscape as well. Mangiamele says they’re talking to airports, international developers, and exploring an opportunity in Las Vegas. Like Steak and Ale, he sees the introduction as just the opening act. “We are ready for our close-up,” he says.

Meanwhile, Legendary Restaurant Brands continues to strengthen its core brand. Mangiamele says repositioning Bennigan’s “from an operations standpoint, from a prototypical standpoint, and from a menu standpoint,” took around six years. Bennigan’s has units in Sacramento, California, Lexington, Kentucky, Jackson, Tennessee, and Monahans, Texas, currently under construction for 2017, as well as international locations in Qatar and Bahrain. 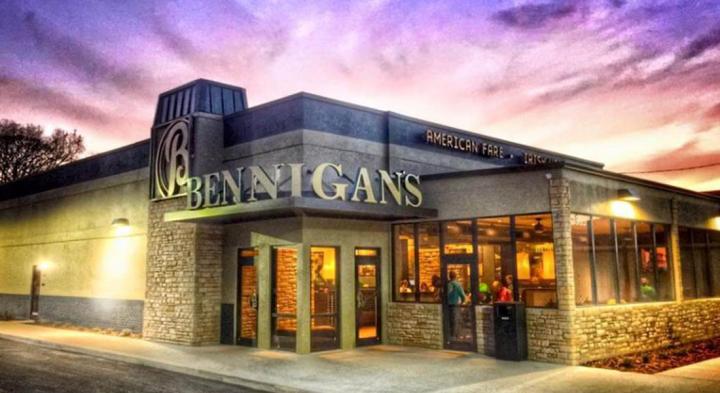 A new prototype has led to increased traffic at Bennigan's.

“It took a lot of years,” he says. “You can’t do these kinds of things capriciously. You have to really take a deep dive and see the core elements that make the brand successful.”

In addition to the new prototype, which Mangiamele says drove guest check and frequency, Bennigan’s exploration into the future really turned out to be just another history lesson. From the Monte Cristo to ribs to customer service, the brand is still defined by the traits that invented it.

“We still have a lot of the signature favorites that everyone knows and loves. And that’s what’s built an emotional connection to the brands that makes the pent-up demand around the world very strong,” Mangiamele says.

He explains that Bennigan’s entire model was built around the customer. It sounds simple but it’s the reason many other chains are struggling, Mangiamele says, pointing to kiosk ordering as a prime example.

“This is ridiculous to me that you’re full service and you put a tablet on the table and you tell your guests to order their own food and to pay out,” he says. “Isn’t that fast casual? Why even call yourself full service? If you advocate service in your restaurant than you’re missing that personal connection that has, in my case, made our brand so famous. I can’t believe people are doing that. And I’ve been on the record, and I will say it again, I will never do that. I will never give up that relationship. I’ve never seen a tablet suggestively sell a dessert. A refill. An appetizer or an entrée. Never.” 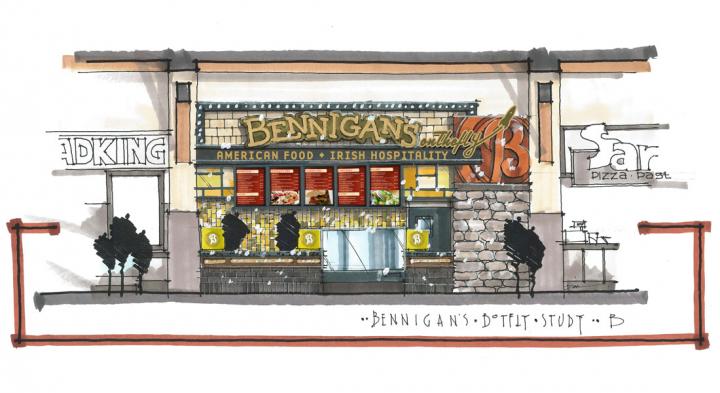 Bennigan's On the Fly, a fast casual model, is ready to reenter the marketplace.

“It’s not working folks,” he adds. “While they’re trying to figure it out I’m moving dramatically forward with velocity and momentum.”

If you couldn’t tell, this business is personal for Mangiamele. He knew Brinker first-hand and has been in the restaurant business since he was 9 years old. His uncle owned an Italian Trattoria in New York City’s Little Italy neighborhood and Mangiamele helped out wherever he was needed, earning 50 cents a night. He’s been with the brand for six years, but two years ago, along with his wife, Mangiamele bought out the private equity group involved with Bennigan’s, making the couple the outright owners of the company.

Mangiamele has a strong stance on several issues, everything from minimum wage to plate presentation (“very few brands do it today”). But the heartbeat of this business, he believes, remains in the people. “A lot of restaurants are really looking to save their way to profitability instead of investing in their people and investing in their brands and investing in their guests,” he says. “I see that omission of saving your way to profitability as a recipe for disaster. … You know what it’s all about? It’s about leaving a legacy. I’m proud to represent this industry. I grew up in it. I’ve met literally tens of thousands of people. And I want to teach the new generation today a little bit about how to be a good restaurateur. How to deliver great service. What to look for. And train them in business. You don’t finish school and know all of this. If I can in some way make this next generation a little smarter from a restaurant industry standpoint, I will feel like I’ve done a little bit to give back to the business that has given so much to me.”