Pizza Ranch plans to open 10 units by the end of the year in Missouri, Minnesota, Kansas, Nebraska, and Illinois.

The concept wants to reach 500 stores in the next 10 years.

Perhaps one of the most compelling storylines to come out of the pandemic has been the resurgence of eatertainment and buffet concepts.

Dave & Busters, which warned of potential bankruptcy at one point, is experiencing positive same-store sales against 2019 and is now set to purchase Main Event for $835 million. Golden Corral, after cutting nearly 100 restaurants since the end of 2019, saw weekly AUV exceeding $80,000 at the start of 2022 after hovering $65,000-$70,000 last year.

Pizza Ranch, a buffet with a heavy presence in the Midwest, is another brand acting as a harbinger of the renaissance. The brand, with 212 locations throughout 14 states, is experiencing measurable growth as pandemic-related restrictions ease and customers flock back to dining rooms.

The company also franchises eatertainment concept FunZone Arcades, which has already opened five units this year. More than 20 new outlets are slated to open by the end of 2022.

“It’s the experience, the rubbing shoulders with your neighbors and your friends, and getting great food,” says Pizza Ranch founder Adrie Groeneweg, describing the sources of success. “It’s got a great hometown feel when you come in and eat and it’s something a lot of places can’t duplicate.”

The trajectory is a far cry from where Pizza Ranch stood in March and April 2020 when dining rooms shut down. The brand lost 80 percent of its revenue, a tragedy that “you can’t even comprehend,” Groeneweg says.

“All these kids touching stuff … mixed with COVID …none of that goes together,” Groeneweg says.

With dining rooms and arcades closed, the Pizza Ranch team needed to make several pivots. One of the most impactful decisions was focusing on carryout and delivery, something that wasn’t a priority prior to COVID.

Sales outside the four walls mixed roughly 20 percent before the pandemic, but the channel swiftly accelerated as customers turned to contactless transactions. Even with dining rooms open, Pizza Ranch has managed to retain much of the off-premises business gained during the peak of COVID.

But the buffet concept isn’t approaching off-premises like most full-service chains. While many have partnered with third-party delivery systems, Pizza Ranch heavily relies on in-house drivers because many of its markets are too small to support platforms like DoorDash and Uber Eats.

Groeneweg estimates 50 percent of the footprint is based in areas where third-party delivery companies typically don't operate. In larger markets, Pizza Ranch leverages third-party aggregators, and the founder knows that’s the future.

The convenience third-party platforms provide customers and the help they offer businesses struggling to staff delivery drivers makes it hard not to have partnerships, Groeneweg says.

“That was an actual benefit of COVID,” he says, referring to the uptick in off-premises.

Another boon came in the form of catering big orders for events and fundraisers. Due to an uptick in large orders during the pandemic, Pizza Ranch brought on a partner to help it make meals offsite. This allowed the restaurant to maintain its catering business without impacting in-house operations.

“That’s been a lifesaver,” Groeneweg says. “If someone orders 1,200 pizzas, we don’t have to make that in our kitchens like we used to.” 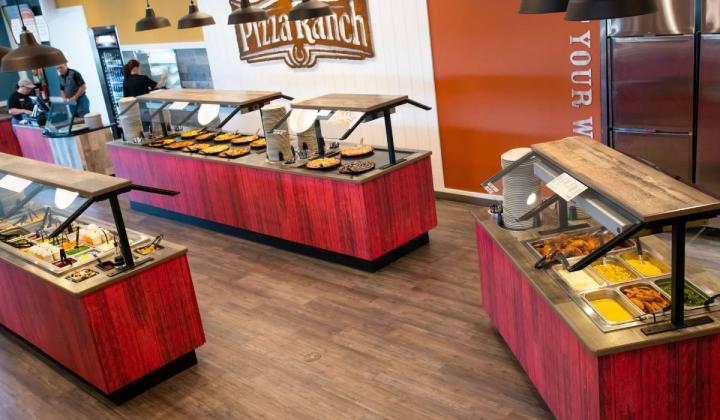 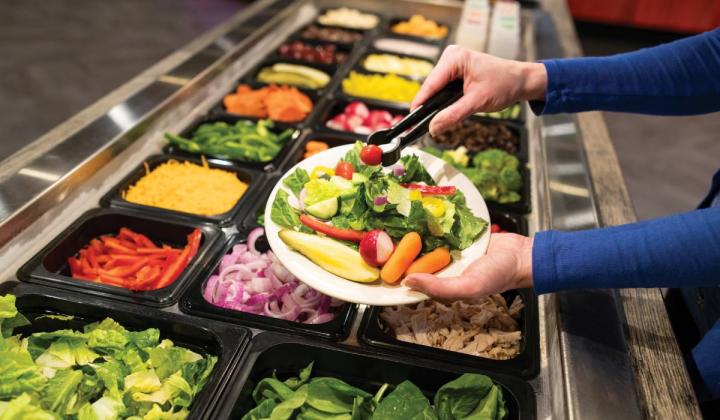 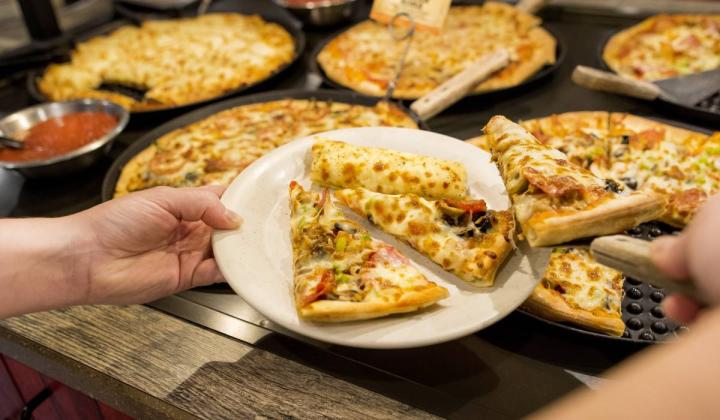 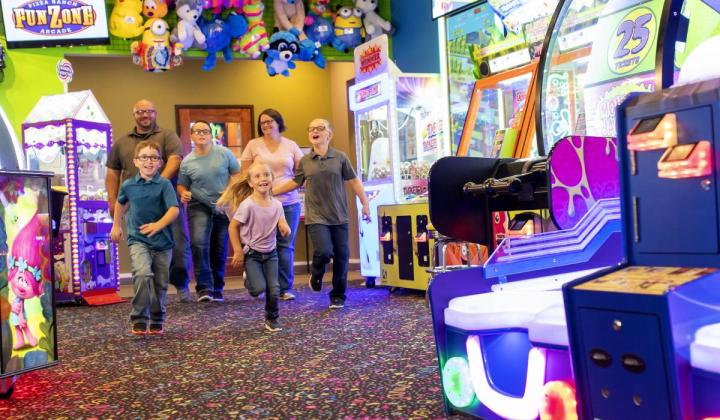 Other strategic pivots include adding chicken tenders and improving chicken wings, as well as trying drive-up windows at five stores. Both the tenders and wings proved popular with off-premises customers, and Groeneweg says the items’ portability helped boost sales.

One of the biggest factors in getting people back through the doors is cleanliness and letting customers know they are visiting somewhere that is sanitized and meets current safety standards.

“In today’s world you have to be clean, and that was another focus we put out there,” he says. “You can’t just be clean. You have to be spotless. And that’s been another great thing for us because you can walk into any Pizza Ranch and it shines.”

The pivots enacted by Groeneweg and his team have proven to be successful. The brand plans to open 10 units by the end of the year in Missouri, Minnesota, Kansas, Nebraska, and Illinois.

FunZone shows progress, as well. Along with the 20 new FunZone units planned for 2022, year-over-year revenue was up 85 percent in Q1, something Groeneweg attributes to families wanting to get back into the routine of dining out.

“It’s been great for us,” he says in regard to FunZone being added to Pizza Ranch locations. “it’s going to be a big part of our future.”

Groeneweg says FunZone is an incremental benefit for several reasons. First, it allows families to hangout while their kids burn off some energy. Many Pizza Ranches/FunZones are located in cold-weather markets, and the arcade provides a warm, community gathering place.

Secondly, and perhaps most importantly, the margins are favorable. Instead of running roughly 25 percent labor costs like many kitchens, the arcade only requires about 10 percent.

“It’s kind of a magic thing for us,” he says. “People spend a lot of money in there … older people, younger people … you can give your kid 20 bucks and they can spend it over 45 minutes while you’re sitting there eating.”

After several franchisees successfully debuted FunZone in their units, Groeneweg knew it could provide a huge boost for the company, especially in locations that had plenty of room.

The partnership has worked so well that all future Pizza Ranch stores will feature an arcade, and some existing restaurants will have it added if they meet certain criteria, like parking capacity.

“I don’t ever see it in 100 percent of our stores … but for most of our stores, that’s not going to be an issue,” he says about existing units getting FunZones. “We’re going to give them the green light.”

In fact, he’s hoping the brand will grow until it reaches 500 units. To reach that mark before Groeneweg retires, the company will need to open around 25 units a year for the next 10 years, a goal he thinks is more than attainable.