The 60-year-old brand is generating positive sales and reigniting growth once again.
May 2018 Larry Bernstein

The year was 1958. Eisenhower was president, the hula hoop was introduced, and NASA arrived on the scene. And the first Pizza Inn opened. While Pizza Inn may not have changed the world like NASA, the restaurant, which featured high-quality pizza made from three types of homemade dough and pitchers of beer, left an impression. That same impression is bringing customers back to the restaurant decades later.

Headquartered in the Dallas Forth Worth area, 152 Pizza Inn restaurants can be found throughout the Southeast and Southcentral part of the U.S., with another 60 outside of the country. Yet at one point, there were 500 Pizza Inns across 20-plus states. What enabled Pizza Inn to balloon to such large numbers, and what caused the restaurant to constrict?

Pizza Inn, unlike many of its competitors, focuses on the buffet concept. Because of this, it needs more square feet than the typical pizza joint. Bob Bafundo, president of Pizza Inn, notes the standard Pizza Inn is about 4,000 square feet. The larger size of the restaurant brings about certain challenges, including potentially higher occupancy costs as well as real estate availability.

At its founding and through the early years, Pizza Inn focused on smaller markets in the South. For many of these areas, Pizza Inn was the only game in town. However, as the franchise sought growth, it began moving into major metros. There it faced increased competition from brands that typically had multiple units in the area compared to just one Pizza Inn. During this period, Bafundo says, "Some had a sense that Pizza Inn was more about franchising and not doing a good job of operating at a consistently high level."

Eventually, the number of Pizza Inns shrank, which led to some soul searching for the brand. "We had to come to grips with who we are," Bafundo says. He points to a 2016 study, completed for Pizza Inn by an outside agency, as key to helping the restaurant understand its purpose and give it direction moving forward.

"People come to Pizza Inn because it feels like family. We know people on a first-name basis and treat them well," Bafundo says.

Scott Crane, CEO of the Rave Restaurant Group, parent of Pizza Inn and fast casual Pie Five, says, "The research determined that Pizza Inn had a powerful heritage. People felt a nostalgia for the restaurant because they grew up with it, and it was part of their hometown." Pizza Inn’s small-town vibe was a powerful differentiator.

The information also helped Pizza Inn fine-tune its operational focus and growth map. Pizza Inn is now keyed on the dine-in experience and out-executing its buffet peers. While the margins can be greater in other segments, especially in regards to fast casual and takeout/delivery-focused concepts, it's a crowded space. This has left a void in the experience-driven, buffet arena, and that is the universe Pizza Inn wants to own. 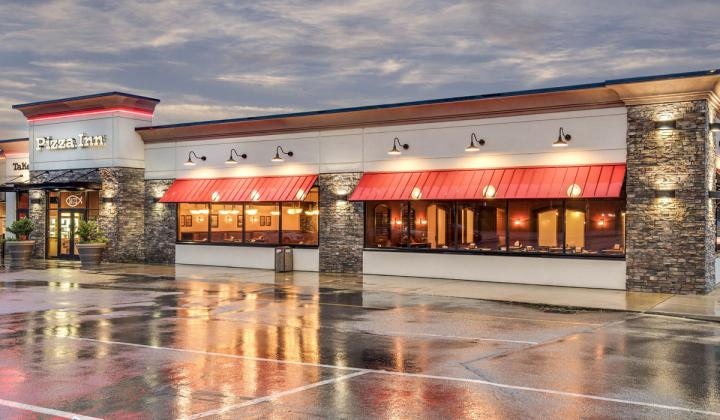 Pizza Inn discovered that customer sentiment is hard to beat when it comes to growing in small and familiar markets. 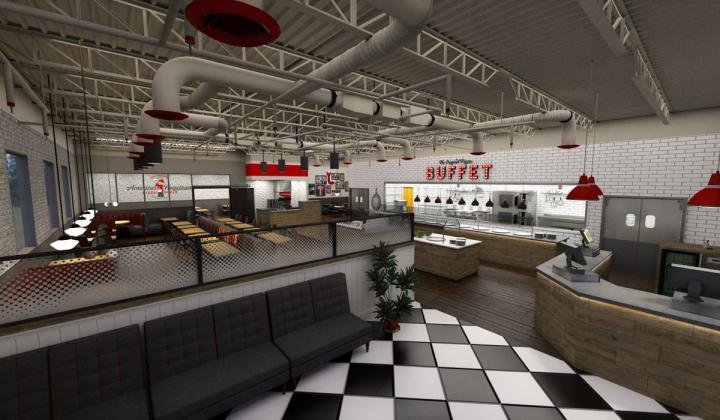 Refreshing Pizza Inn's store design is a key factor in its comeback. 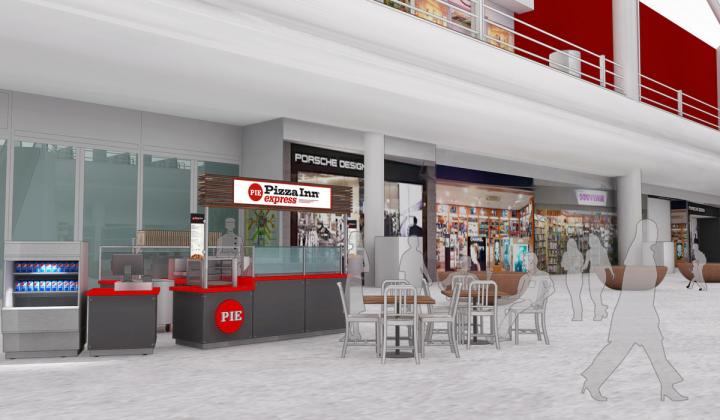 As to where to locate the restaurants, Bafundo says that has become clear as well. He says the sweet spot for Pizza Inn are towns of 30,000–100,000 people. They are focusing on 400 such markets as part of their County Seat Strategy in the areas of the country noted above. In small towns, labor and rent are cheaper, and there's less pizza competition to battle with. Plus, the research provided endless anecdotes from customers centering on Pizza Inn and its nostalgic pull. "They all ended with, 'When can you bring one back to my home town?'" Bafundo says.

The strategy: develop first in markets where the brand is best known. Bring it back home to markets where Pizza Inn can return and redevelop.

The strategy is already bearing fruit. "For the first time in a long time, existing franchisees are excited. They're remodeling and putting resources into their restaurants as well as adding new units in their development areas," Crane says. "We are also seeing new franchisees developing and investing in the brand and have designed the first new prototype in a long time.”

Crane added in a recent release that Pizza Inn “is experiencing a resurgence in new development.”

“We have a solid pipeline of new locations along with a refreshing of existing restaurants,” he said.

The franchisees are receiving renewed support from the chain, which introduced a couple of fresh strategies to grow the brand. Because of the belief that Texas was once the core of Pizza Inn’s success, the chain recently unveiled the Take Back Texas initiative. "We're aggressively going in and trying to get those markets going. We're resurrecting Pizza Inn,” Bafundo says.

PIE or PIE by Pizza Inn Express is another initiative the franchise established. The kiosk format can be found at interstate facilities, convenience stores, malls, airports, and other non-traditional venues that can’t support a buffet. "We want to get the product across to new markets and build brand awareness," Crane says.

The first is expected to open later this spring in the Fort Lauderdale Airport.

To be successful, Pizza Inn is focused on providing great value and variety. At any one time, you'll find 45 different items available at the buffet. "With all the variety, parents and kids have the ability to get the exact thing they want. It's easy to make everyone happy," Bafundo says. With this level of satisfaction, the owners of Pizza Inn hope customers will visit regularly.

Plus, there's the people side. After all, Pizza Inn is focused on being “America's Hometown Pizza Place.” They're in small towns, creating personal experiences for their guests, and providing service that make customers feel like family. In this way, Pizza Inn is going through a revival and doing so as customers root for them to come back home.