Both classic breakfast concepts are thriving because of new prototypes, virtual brands, and labor-saving technology.

After a downturn during the pandemic, breakfast is quickly climbing back, and sister concepts Huddle House and Perkins Restaurant & Bakery feel it as much as any full-service chain.

According to DoorDash’s Restaurant Online Ordering Trends Report, which surveyed more than 1,500 U.S. consumers, orders between 5 a.m. and 10 a.m. grew 3x in the first few months of 2022 compared to the previous year. The NPD Group found that online and physical visits to restaurants increased 11 percent between September 2021 and November 2021, versus a 10 percent decline in the same stretch a year earlier.

New and existing franchisees recognize this trend and pushed to invest. In fact, Huddle House and Perkins signed commitments for 32 restaurants in fiscal 2021 (April to April), their best development performance in years. That figure includes seven current operators building portfolios across nine states.

The journey leading to this recent development hasn’t been easy. To start 2018, Huddle House had 351 restaurants nationwide, while Perkins had 393. Four years and a half years later, the totals have slimmed to 282 and 283, respectively. Perkins filed bankruptcy twice in eight years before joining Huddle House under the Ascent Hospitality Management umbrella.

But Peter Ortiz, Ascent's chief development officer, called 2021 “incredible growth” and noted that Huddle House and Perkins are in the “strongest position we’ve been in for several years.” Restaurants saw same-store sales grow in all dayparts in 2021, except for late night, primarily due to labor shortages and changing consumer habits.

CEO Michael Abt says the improved trajectory starts with the brand’s latest prototypes. Both feature a drive-up window for mobile orders, enhanced carryout sections for guests and delivery drivers, and curbside pickup parking spots. All 32 commitments from 2021 will feature the updated designs.

“We've recognized the consumer’s looking for higher levels of convenience,” Abt says.

The Huddle House prototype, labeled the “evolution design,” is essentially a modification of the chain’s legacy box instead of a complete reformat. The reimagined design rolled out a year ago, and currently three franchised locations are under construction.

Stores are typically 2,200 square feet and housed in smaller, underserved markets where the need for family dining is greater. A majority of restaurants in the top sales quintile are based in towns with fewer than 10,000 residents. For example, multi-unit operator Robert Wiggins Jr. recent opened a Huddle House in Reidsville, Georgia, which holds under 3,000 people.

Meanwhile, Perkins’ prototype is about 4,600 square feet, slimmed from 5,800 square feet to lower development costs and create higher returns. The exterior and interior were also transformed to depict a modern and forward-looking feel. A couple of company-owned Perkins restaurants that suffered fire damage last year will reopen in the next 60 days with the new prototype. 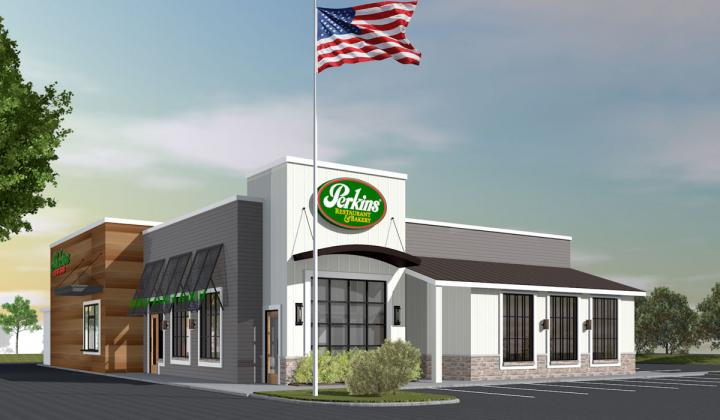 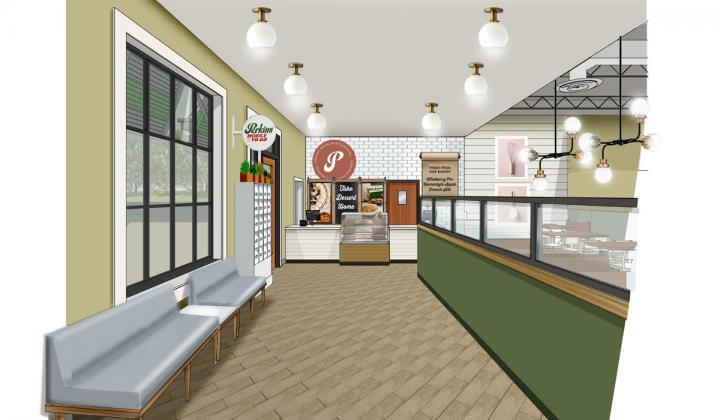 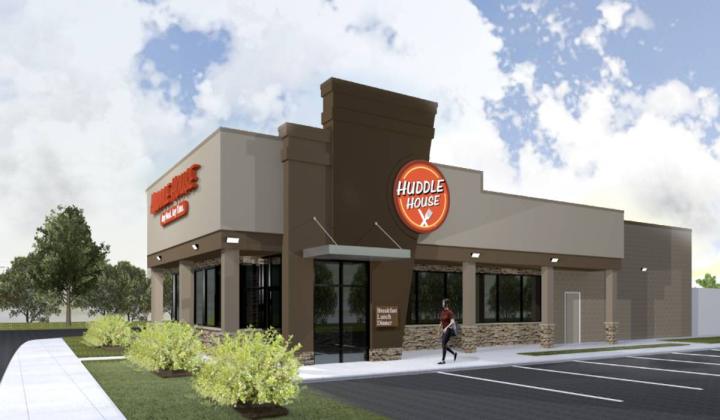 “People see breakfast as a treat,” says Michael Abt, CEO of Ascent Hospitality Management. “Most family-dining breakfast concepts, it's not somebody dashing to work in the morning. It's people meeting and gathering. It's providing that sense of community over the communal table for people that enjoy breakfast, and it's still a huge treat on the weekends.”

Aside from the prototypes, Perkins and Huddle House have created a more attractive model by investing heavily in off-premises, which has risen from 6-7 percent prior to COVID to about 20 percent.

All 80 company-owned Perkins restaurants and 50 corporately owned Huddle House locations sell virtual brand MrBeast Burger, a product concocted by Virtual Dining Concepts. It’s named after Jimmy Donaldson, aka MrBeast, who has nearly 100 million subscribers on YouTube. The concept is in the beginning stages of growing in each company’s franchise systems. Abt says MrBeast Burgers has good food costs and isn’t competing with restaurant menus because it serves a completely different customer set.

“The way we look at it is, we can do another 10 or 15 MrBeast orders per day in our restaurants and increase our sales by 4 or 5 percent and we don't have to add any labor and we add just a few SKUs to the restaurant,” the CEO says. “It's been a great way to just add revenue quickly to our restaurants in our existing four walls, leveraging all of the fixed costs that we have, and having to use no additional equipment.”

Internally, the company developed Papa Carazón’s Quesadillas, a brand that uses existing flat grills. It was launched in Huddle House a few months ago, and it’s starting to be rolled out at Perkins. Same with MrBeast Burger, food costs are manageable and little incremental labor is required. There’s also Bakery by Perkins, an idea from CMO Joe Artime, which allows customers to order baked goods on third-party platforms.

“One of the reasons why we're excited about the virtual brands is that it helps us build back some dayparts that we may have naturally lost because the consumers habits regarding dining and eating have changed,” Abt says.

In terms of technology, Perkins and Huddle House are rolling out handheld tablets so servers can send orders to the kitchen instantly. Abt believes the innovation will create front-of-house efficiency, ease labor costs, and help restaurants turn tables faster. The chains also installed EMV devices so employees can swipe credit/debit cards at the table, and Perkins is in the process of updating its 20-year-old POS system.

With these strategies in tow, Huddle House expects to sign upwards of 30 restaurant commitments this fiscal year, and Perkins anticipated more than 10 signings.

“People see breakfast as a treat,” Abt says. “Most family-dining breakfast concepts, it's not somebody dashing to work in the morning. It's people meeting and gathering. It's providing that sense of community over the communal table for people that enjoy breakfast and it's still a huge treat on the weekends.”