Virtual brands have helped O’Charley’s come within 0.5 percent of 2019 sales levels. The chain is also on pace to reach its best profitability since 2015

Virtual brands have provided a 4 percent sales lift this year.

This year, O’Charley’s is experiencing a sales lift as if it opened six and a half restaurants, but the chain didn’t build anything. There was no construction or grand opening plans involved.

In fact, the chain didn’t even have to step outside its existing kitchens to create the 4 percent sales increase. Like so many others, the casual-dining chain inserted itself into the virtual brand wars and saw swift results.

The first was Coop & Run, which offers chicken tenders and sauces including Carolina Gold BBQ, Mango Habanero, Honey Boom Boom, Sweet Teriyaki, and more. Sides include tater tots and fries that can be covered in a variety of toppings. The other concept is Dockside Charlie’s, a seafood brand featuring platters, salmon, sandwiches, brownie bites, and key lime pie.

“We're continuing to play against consumers’ shift in behaviors," CEO Craig Barber says. "We're going to try to continue to boost and maintain the sales dollars on an overall basis that are coming through our locations by having these virtual brands."

O’Charley’s experienced a huge spike in off-premises sales when COVID-19 first struck, but that wasn’t due to rushed adjustments—the chain had it figured out long before. The 152-unit brand struck a partnership with online ordering platform Olo in late 2018, and worked to deploy curbside pickup to all of its restaurants before the pandemic arrived. The brand told FSR last summer that off-premises increased five times what it was pre-COVID. Barber knows all that growth won’t stick, but he certainly expects to maintain a good portion. Family meal deals have continued to mix well and provide incremental off-premises value, and so do the virtual brands, which helped O’Charley’s come within 0.5 percent of 2019 sales levels. The chain is also on pace to reach its best profitability since 2015.

Coop & Run’s launch in late 2020 was born out of two north stars—sales and staffing. Both pieces feed off each other, Barber explains. When staffing reached an appropriate level from an execution standpoint, the main question was how can O’Charley’s extend sales within its existing four walls without new equipment or more than one piece of menu innovation. The chain desired something that would  meet a need in the marketplace. With this in mind, O’Charley’s looked at the virtual space, and decided to focus on its core competencies.

“We looked at the different things that were out there, and there's lots out there. There's some that have even been created by non-restaurant people and they’re licensing it out to restaurants to do,” Barber says. “For us it was what do we do really well, what can we execute? Because if we roll something out, and don’t deliver to the consumer, then it’s going to be a lot of effort for no big gain or no gain.”

Chicken tenders were somewhat of a no-brainer. Barber describes the food as an “iconic” item, and a product O'Charley's has been known for since it was founded 50 years ago. After finding an executable offering, the next step was determining how to develop a twist to give separation from the regular menu selections. That’s where the sauces came into play, a factor that gives Coop & Run a more “hip and edgy” focus, Barber says. Then the brand added tater tots, something O’Charley’s doesn’t even offer inside stores. For Dockside Charlie’s, the restaurant leveraged its CTX oven, a piece of equipment it implemented in 2019 to ensure that throughput, quality, and consistency would be managed more by technology versus cooks. 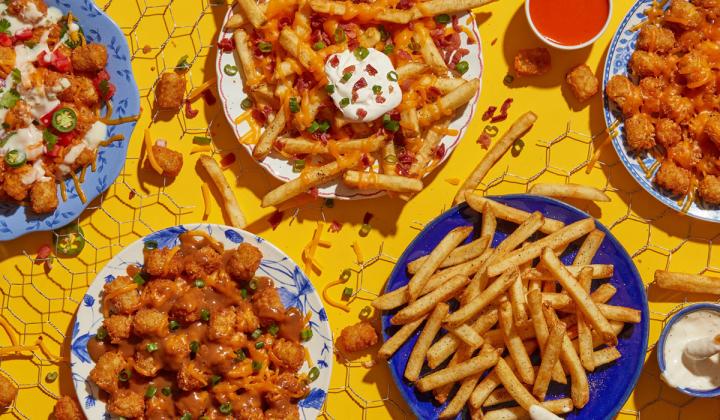 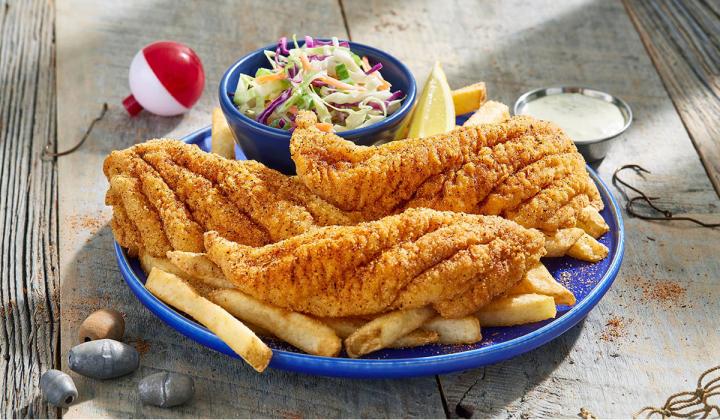 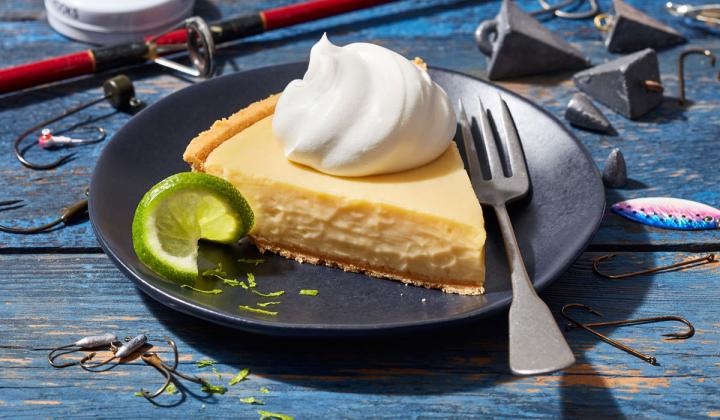 “We're mindful that consumers are always going to have a perspective on what we've all been through over the last several 15-18 months, so we're focused on making sure we don't stop or lose our intensity around that while we also stay focused on, let's get to the sales,” O'Charley's CEO Craig Barber says. “It's all about sales for us, and again, sales and staffing are the two things that we know have made the difference and will help us as we go forward.”

O’Charley’s isn’t stopping with those two. A concept with burgers that are “huge, multi-layered, and all kinds of crazy stuff on them” is coming soon. Barber says the burgers are so big that he’d have to share it with three people. Although he wasn’t as specific, the CEO noted that a fourth and fifth virtual brand are on the table, as well.

“The really only substantive change is each of these products have such a unique build to them," Barber says. "So instead of just having a bacon cheeseburger from O’Charley’s, This is a bacon cheeseburger, pepper jack fried wedges, onion tanglers, avocado. ... The other piece is, the food when it's delivered doesn't come in O’Charley’s bag. So each brand has its unique logo, unique packaging that doesn't look like it came from O’Charley’s. It's a different format and presentation to the consumer."

Right now the target is to place virtual brands in 145 of the 152 stores nationwide. Barber says O’Charley’s has seven locations that see extraordinary volumes compared to the rest of the fleet, and the company doesn’t want to overwhelm employees. The last thing the CEO wants to see is the core restaurant suffer with the addition of a virtual concept. To give an example of how sensitive O’Charley’s is to this subject, on Mother’s Day—which is a big day for the casual-dining chain—restaurants turned off virtual brands so workers could focus solely on providing a quality dine-in product to guests.

The brand takes the same careful approach whenever it rolls out a new virtual concept. Instead of starting at all 152 locations at the beginning, O’Charley’s places it in roughly 36 stores across the system in different markets to give everyone time to digest and learn through the process. It’s a system that’s worked well thus far.

“It was really just about the sales, leveraging the team with technology and then being unique and trying to stand out,” Barber says. “Our websites are great and have a nice look and feel to them and it's working. And I think that's really the measure of our success is it's working and it's delivering the sales and really high margin sales in the context of you're not building a new store, you haven't invested in new capital, you don't have any more rent, you don't have any more utilities, you have the same crew, the same management in-store. So the incremental margin on those sales is really healthy and helpful as we continue to move forward.”

But don’t get Barber wrong, he still understands the importance of dine-in. Restricted capacities are still hampering sales, but not for much longer. To increase convenience for in-restaurant guests, O’Charley’s instituted QR payments so customers can pay on their phone as opposed to handing their card to a waiter. Barber says the tool has improved table turns 20 to 25 percent, which goes a long way in bringing in more guests despite capacity restraints.

Recent success has given O’Charley’s confidence in the upcoming summer months. Barber says the chain witnessed a “seismic” jump in sales between December and January, and the dollars have kept growing ever since. As more customers receive vaccinations and mask mandates are eliminated, the CEO notes O’Charley’s job is to be ready for the wave of demand, whether it’s through dine-in, virtual brands, or delivery.

“We're mindful that consumers are always going to have a perspective on what we've all been through over the last several 15-18 months, so we're focused on making sure we don't stop or lose our intensity around that while we also stay focused on, let's get to the sales,” Barber says. “It's all about sales for us, and again, sales and staffing are the two things that we know have made the difference and will help us as we go forward.”