After 25 years as one of the country’s most successful polished Italian chains, Maggiano’s discovers brunch may be the most important meal of the day.
July 2017 Amelia Levin

It’s no secret brunch is big these days. Families flock to it for kid-friendly leisurely meals, while boozy brunches in urban environments and college towns tend to draw those 25 years and under, according to research firm Crimson Hexagon.

Maggiano’s Little Italy, which got its start in Chicago in 1991 and now has 52 units across the country with plans to open two new locations this year, saw potential in adding brunch to its traditional lunch and dinner service. The brand, which is part of the Brinker International portfolio, introduced a 7-day-a-week brunch menu in February. One goal was to offset lagging lunch sales that had begun to dip despite having historically been a reliable source of revenues. 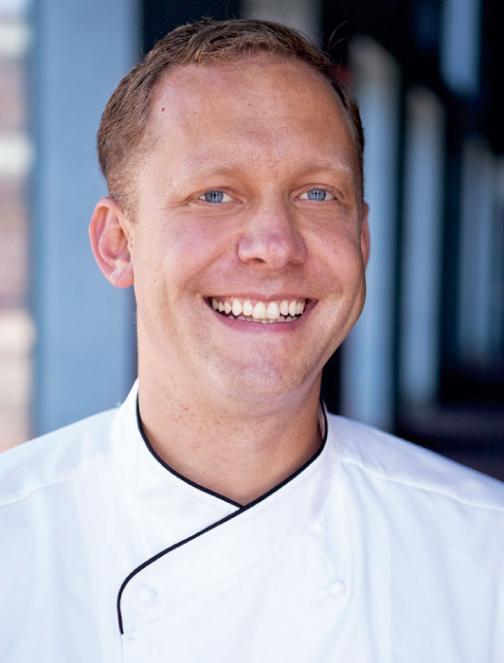 Chef Jeffrey Hanak, senior director of culinary who oversees the brand’s various chefs, thinks it was a great move. “We have always been about special occasions, and we found brunch was also a special occasion that happens every weekend,” Hanak says. “It’s an easy way for us to connect with our guests, and vice versa.”

Not to mention, Hanak notes, adding brunch was an easy way to add another daypart that could potentially boost the bottom line. Chefs and cook staff were already in the building prepping for lunch, so adding brunch just made sense. Cross-utilizing ingredients to come up with the new brunch menu helped tremendously.

Initial analysis has suggested that weekend—and even weekday—sales have gone up with the addition of a brunch menu, even with minimal marketing and just some use of social media platforms, he says.  However, in its third quarter financial filing, Brinker International reported that comp sales at Maggiano’s were down 1.6 percent for the period ending March 29 compared with the third quarter of 2016. Given that traffic was down 5.4 percent over the same period, perhaps the addition of brunch is helping to assuage what could have been a more disappointing performance.

Offered daily until 3 p.m., with an expanded brunch menu on Saturday and Sunday, what’s been most interesting about the new brunch service, Hanak says, is not just the influx of weekend brunchers but also the number of weekday brunch seekers. It signals that a new crowd of stay-at-home moms, business executives, retirees, and perhaps those nontraditional career enthusiasts who work more hybrid schedules have reason to come in during the week, not just on the weekend. In addition to thinking through each of the Italian-American inspired dishes, plating is also well thought out, and the chain uses #MaggBrunch in an effort to create “Instagram-ready dishes” that help connect with younger diners.

Since debuting the brunch menu in late February, Maggiano’s has discovered some interesting favorites. “The lemon ricotta pancakes are by far the most popular brunch item,” says Hanak, who developed the recipe with a three-step process, mixing together the dry ingredients, then the ricotta, vanilla, bean paste, and eggs. Then, he separately whips egg whites into peaks before folding them into the batter. Ingredients are portioned out ahead of time so the cooks can produce just three orders at a time, assembling a fresh batter more frequently so the pancakes stay consistently light, fresh, and fluffy. “Nothing worse than batter made at 10 a.m. and held until 2 p.m.,” Hanak says.

Close behind on the favorites list are the daily Benedicts—from a Meatball Benedict to a Crab Cake Benedict. There’s also a Smoked Salmon and Spinach Benedict, a couple with Nueske’s smoked ham, and a Chicken Francese Benedict with arugula.

Quality of the ingredients was the most important menu consideration for Chef Hanak, followed by ease of preparation, and, No. 3 on his list, was profitability and cross-utilization of ingredients. “We wanted to create dishes you would dream about, and something people would wake up thinking of and come in,” Hanak says.

On the weekends, the brunch menu expands to include Crème Brûlée French Toast and Chicken and Waffles—more labor-intensive dishes that alcohol-fueled diners crave on the weekends.

Hanak decided to stray from his Italian-American breakfast theme for the Chicken and Waffles after researching how well this menu item performs on other menus around the country.  One of his cooks experimented with battering the chicken in the freshly made waffle batter and it turned out to fry up like a funnel cake. Best of all, each of the ingredients—except for the cream of tartar—are already bought for other menu items at lunch and dinner. Knowing Chicken and Waffles is a very regional dish with specific favorites, Hanak says he’s been collecting feedback on the dish to consider changes.

Another area of operations that required little tweaking was labor: When introducing brunch, Maggiano’s did hire some more staff. However, since staff are already in early prepping for lunch, Chef Hanak only had to make some slight reorganizations. Now, after having slowed down from its peak of 150 covers at lunch, Maggiano’s is doing a whopping 400 covers during brunch.

Working closely with a stellar team of chefs has helped make the transition to a new daypart and menu easier. Chef Hanak spends most of his days gathering as much feedback from his chefs as possible.  Part of that includes traveling to the various locations and keeping the lines of communication open with his chefs. But, another important part is maintaining a solid corps of what Maggiano’s defines as its “innovation chefs.”

There are the many days in the test kitchen, trying different things out, and it’s such a close-knit community of chefs that the group will regularly text photos of dishes they’ve had from across the country. There’s also a central culinary inbox for the team to send recipes, suggestions, and other information. “Part of my role is to sit back and listen, and gather as much feedback as I can,” Hanak says.

After 15 years with the company, Hanak looks back with positive reflections, having worked his way up from lettuce chopper to executive chef. This after having turned down a basketball scholarship to spend summers working at a restaurant in Boulder, Colorado, then living and cooking in Hawaii at the age of 18, and later joining Maggiano’s in Denver. After a short stint at the Ritz Carlton in San Francisco, he came back to Maggiano’s, eventually moving to Chicago in a management role. “I’ve had more quality of life as a chef working for Maggiano’s, and it has afforded me the creativity to experiment and cook the foods I most enjoy cooking,” he says.