Metro Diner, and the Making of America's Next Great Diner Chain

With the backing of some of the industry's most experienced operators, the Jacksonville, Florida-born brand is ready for the big time.
April 2018 Danny Klein

There isn’t much Hugh Connerty hasn’t seen in the restaurant industry. He supplied dessert products to Steak & Ale in 1978 when he crossed paths with Chris Sullivan, who would go on to found Outback Steakhouse. Once the famed brand began to grow, Connerty was there, too, becoming the first franchise partner in what’s now a 740-unit household name.

His credentials include starting Hooters of America in 1984 and helping develop Darden giant LongHorn Steakhouse.

But even with a background this robust, Connerty could hardly have scripted a story like the one unfolding at Metro Diner. At least not one suited for the non-fiction section.

Mark Davoli created Metro Diner with his father, John Sr., and brother, John, Jr., in 1992. Long before, he was a grill cook at an Orange Park, Florida, Outback Steakhouse. Its owner: Connerty.

Fast forward to 2014, after Mark Davoli schooled his talents at the Art Institute of Fort Lauderdale and built his Jacksonville brand into a cult sensation, and he’s sitting across from Sullivan at the original Metro Diner just south of downtown.

To say Sullivan came away impressed would be a comical understatement.

“The first time Chris met [Mark Davoil] he looked at me and said, ‘You know, I never thought in my lifetime I would ever see anybody as dynamic as Johnny Carrabba, but I really think Mark might beat him,” Connerty recalls. “That was a spark right there.”

Connerty, Sullivan, and Carl Sahlsten, the former president of Carrabba’s Italian Grill, run ConSul Hospitality Partners, a company created for the purpose of investing in growth-ready concepts just like Metro Diner. In late 2015, ConSul exercised its option to purchase 100 percent of the company’s intellectual property.

On March 13, Metro Diner opened its 50th unit in Sarasota, Florida. There are more than 35 additional locations planned in 13 states this year alone. New markets include: New Jersey, Oklahoma, Tennessee, Texas, and South Carolina. Since ConSul got involved in 2013, Metro Diner started by opening just one unit. Next year it was five. Then it was 11. Last year it was 27. After the projected 35 in 2018, Metro Diner expects 45–50 new units in 2019, and it’s hard to even guess what’s next.

There are many uncommon traits fueling Metro Diner’s growth story, but let’s begin with the footprint itself, which feels like the most-established memory lane in the business. Of the 43 or so people who work in the office, only four didn’t clock time at Bloomin’ Brands with Sullivan, Connerty, and Sahlsten. And every single joint venture operating partner in each region, of which there are 14, are operators who have worked with the group in the past. 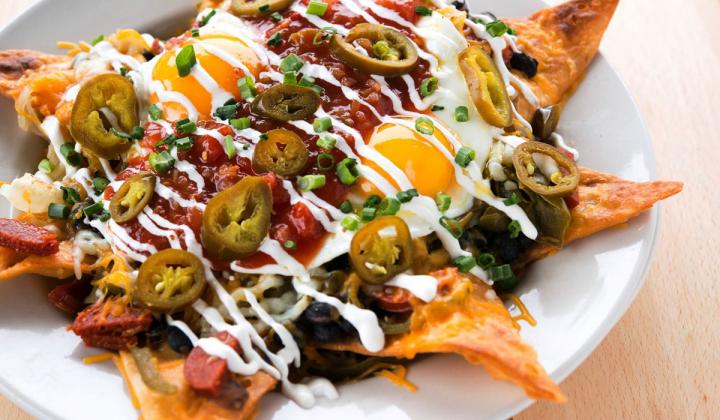 Metro Diner
Huevos Rancheros at Metro Diner, where the portion sizes are legendary.

Like Outback, which was the first company to introduce a true managing partner equity program, Metro Diner is deploying an adjusted version of the strategy to carve its expansion. This is similar to the platform Texas Roadhouse uses, where partners pay $25,000 up front and get 10 percent of the store profits. Metro Diner provides a base salary compensation of $75,000 per year; managing partners invest $7,500 in their diners and receive a 5 percent interest that can scale up to 10 percent. The participation interest of diner cash flow is in addition to the base salary. Metro Diner also allows significant ability to realize the value of the partner’s participation interest after five years.

“We believe it allows our managing partners to participate at the very highest levels of compensation in the industry,” says Connerty, who is co-chairman of Metro Diner along with Sullivan. “... That’s a huge rite of passage with us. You have to come up with your own money and you’ve got to have skin in the game.”

Additionally, there’s not just a managing partner who owns part of the restaurant, but also a local investor partner who owns another 30 percent. As mentioned before, all of these partners across the country are “guys or gals that we did Outback, Carrabba’s, and [Bonefish Grills] with,” Connerty says.

“You know what it does, you don’t have to go out and establish trust because we worked together for 20-plus years. So we know each other. And we have a pretty unlimited network of people,” he adds.

When the trio founded ConSul, the idea was to target brands ready to blossom from this collective experience. It also had to be run by a family or founder, have overwhelming consumer acceptance, and rock-star economics.

Metro Diner fits that bill to a tee. 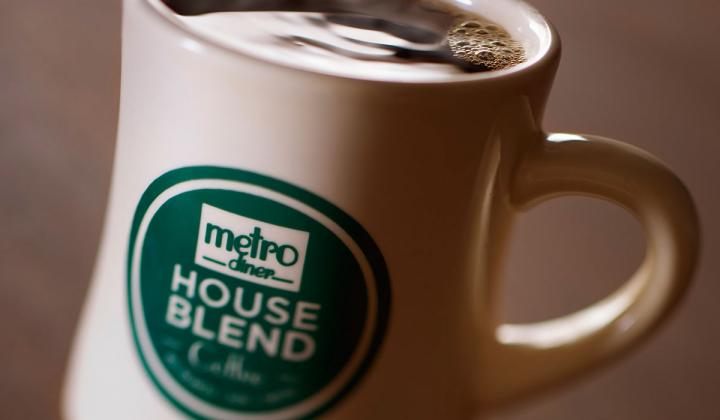 Outstanding service is key to everything Metro Diner is trying to accomplish.

In fact, beside the personal comparison, Metro Diner was run a lot like Carrabba’s when Outback first approached the two-unit family-run operation to open 10 locations under a joint venture in 1993. OSI, the predecessor to Bloomin’ Brands, acquired the rights to scale the Italian chain nationwide two years later.

“First and foremost was the level of service. It was very family oriented. You could feel it. The Davoli family, they ran the business similar to the way Johnny Carrabba and his mother ran Carrabba’s,” Connerty says. “That was No. 1.”

No. 2: the wow factor of the food. Picture this. It’s nearly four years ago and Connerty is watching guests snap photos of their meals all over the restaurant. Diners, Drive-In’s, and Dives stopped by to try the Meatloaf, Pittsburgh Steak Salad, and Yo Halla on the Square Stuffed French Toast.

The portions are massive, and Davoli still develops all the food. Order the Fried Chicken & Waffle and the server will drop half a chicken in front of you. Also, when ConSul got involved the average ticket was just $11.40, and Metro Diner opened only for breakfast and lunch. With dinner brought into the fold, it’s still just $12.50.

“Chris and I thought, ‘You know, this is the kind of food, kind of experience, and we like the physical size of the restaurants—they’re not big—which kind of says we truly are local.’ We think people will love this all over the country,” Connerty says.

A big test came when Metro Diner expanded to the Northeast, where it currently has restaurants in Pennsylvania and Delaware. How has it gone? Well, the third busiest unit in the entire system is in Newark, Delaware.

Connerty believes this can be credited to Metro Diner’s down-home service and commitment to employee training—characteristics that travel well. He tells a story about stopping in a Pennsylvania store. The partner told him a group of six guys, who were seated nearby, always dine three times a week at Metro Diner. Connerty walked over and asked why. “They pointed to this one particular server and said, ‘She’s the difference,” Connerty says. 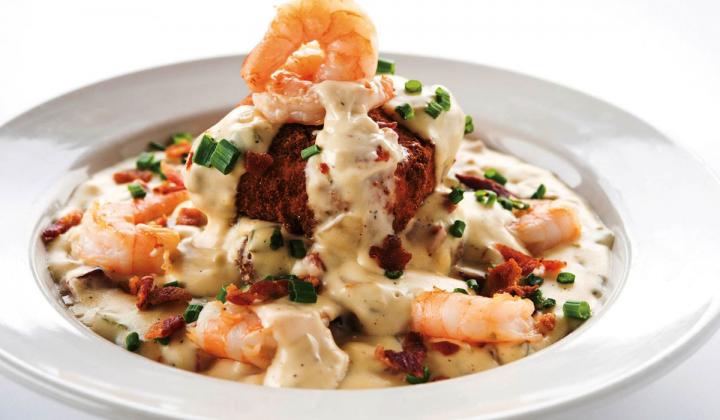 Mark Davoli is still heavily involved with the menu, like this Charleston Shrimp & Grits dish.

Training is the second highest investment in Metro Diner’s budget. People can advance from entry-level spots to training coordinators.

“When you can have the right atmosphere, the right environment, and you treat people right, it works. It’s kind of magical. What the Davoli family was able to do was create that magic,” he adds. “In the restaurant business, if you and I could just figure out exactly what consumers like and what they want, we’d be bazillionaires. But it’s entrepreneurs who come out and, especially today when we have the new foodie generation, and they come up with these great ideas. Some of them are fantastic but they’re just not executable on a larger scale, or they have very limited appeal to a very specific demographic. Our demographic is all over the board, from very affluent areas to very blue-collar areas. It doesn’t matter.”

The customer reviews back the story. Even with all the growth, Metro Diner has a combined 4.45 star rating from 50,000-plus reviews on Facebook, Yelp, and other digital platforms.

“I tell our people all the time, you can’t buy that. You have to earn that. And that’s really, for a company with as many restaurants as we have right now, this far along, it’s very impressive,” Connerty says. “That’s something that will take us really far.”