Twenty-three Legal Sea Foods are open, down from more than 30 last summer.

Under new ownership, the chain has bolstered its menu and opened its first ghost kitchens.

Legal Sea Foods, a restaurant that traces its history 70 years ago to a fish market in Cambridge, Massachusetts, entered a new era in December 2020.

PPX CMO Kim Giguere-Lapine says the decision to purchase Legal dates back to spring 2020 when the company’s bank brought the opportunity to its attention. The financial institution felt the idea was worthwhile given PPX’s successful acquisition of Strega Italiano the year before and the hospitality concept’s requisite infrastructure and operational knowhow.

For the next six months, the PPX team met daily with key personnel and management to perform due diligence and assuage concerns about changes in employment and guest experience—fears that were heightened dramatically during the peak of COVID. PPX took over a brand that wasn't heading in the right direction. Legal had 33 restaurants, but six closed by December due to COVID. The chain is now down to 23 units across Massachusetts, New Jersey, and Pennsylvania.

“Everybody in the restaurant business was just focused on staying alive, never mind investing and all of those things, so that needed immediate attention when we took over and it hasn't stopped,” Giguere-Lapine says. “We’re really, really making sure that all of those different initiatives are well-funded, well-thought out, and well-supported.”

“We didn't necessarily take over because we inherited a very strong and capable senior management team who stayed with us for the most part,” she continues. “Our strategy was really focused on reassuring and reinvesting in the team members, people being our most valuable resource.”

Since PPX’s tenure began, one of its primary goals has been to maintain menu quality, add innovation, and bring more species into restaurants, according to Giguere-Lapine. Chef Matt King, the company’s chief culinary officer, describes the approach as having to “honor the reputation and heritage of the brand,” while also evolving the concept to attract new consumers.

To kickstart innovation, PPX transformed Legal Test Kitchen—a spinoff concept that closed permanently during COVID—into a section of Legal’s menu. King says this gives the casual-dining brand room to experiment with products that are hyper seasonal and require different preparations. Guests can eat something more inventive, like Grilled Swordfish with Castelvetrano olives, tomatoes, relish, and butter roasted potatoes, or Seared Gulf of Maine Scallops with chorizo and sweet corn succotash.

Almost a year into ownership, Giguere-Lapine says PPX is on its fourth rendition of the menu.

“We're really focused on listening to the guests as well as the team members who hear directly from the guests,” Giguere-Lapine says. “When we played around with various omissions and additions and some of the first-round drafts of this new menu, we heard loud and clear that certain items were missed and they needed to be brought back."

“Whether it was gone from pre-pandemic or something that we were testing, we've either brought them back or like Matt said, we've enhanced them, yet we've also added some new innovation,” she adds. “So we're listening, we are monitoring, and we're continually testing within this Legal Test Kitchen section of the menu.” 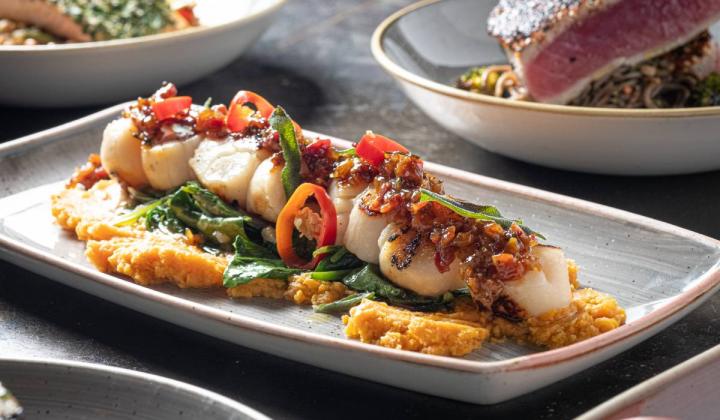 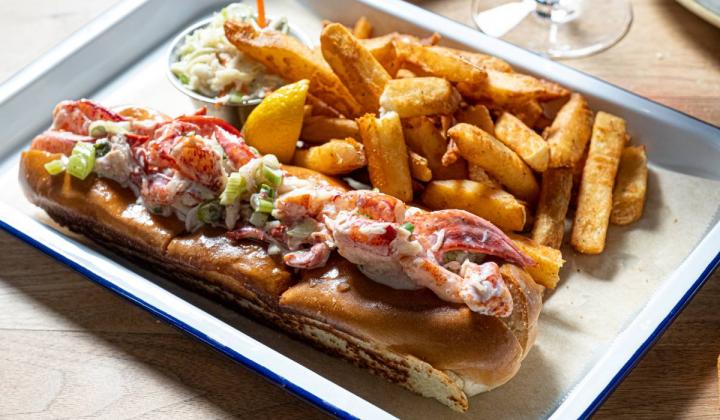 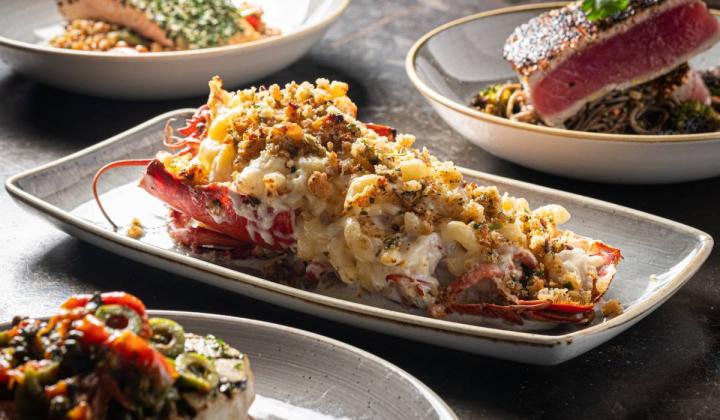 The updated menu is no longer restricted to the four walls of a Legal restaurant either. Earlier this year PPX opened the seafood concept as a ghost kitchen under the roof of two Smith & Wollensky stores in Columbus, Ohio, and Chicago. Giguere-Lapine explains that because of the pandemic, the steakhouses’ capacity was underutilized and management found that both kitchens had the capability of producing more.

Legal began as a delivery-only concept on DoorDash and eventually expanded into pickup. The menu was narrowed to the popular classics to ensure execution, including New England Clam Chowder, the Half-Pound Main Lobster Roll, Crispy Calamari, Blackened Raw Tuna Tataki, and Fish Tacos. King says Columbus and Chicago were chosen not only because of capacity, but also due to the long-tenured general managers and chefs at those locations.

The chef adds the company was particularly careful not to deploy an overwhelmingly large Legal menu so that the Smith & Wollensky experience wouldn’t suffer because of it.

“Through our quality control center that we have here, we have several things like chowders and some of the stuff that's more labor intensive that we actually ship out of our commissary kitchen to these locations,” King says. “It's important, A, from the labor standpoint, but, B, from the consistency and quality standpoint that it's the same exact clam chowder that you're going to get at any Legal Sea Foods that you go to.”

After a soft opening, Legal now actively promotes the virtual kitchens on DoorDash, social channels, and inside the restaurants. With establishment of pickup, sales have doubled in the past two weeks.

“Now that we've announced pickup and now that we've gone public with the announcement through press releases and digital advertising and things like that, now the word is really spreading,” Giguere-Lapine says. “With very little effort and very little investment, we're making a major impact on the volume, which is exactly what we wanted to do. This not only reinforces our gut feeling that there's an appetite for this sort of cuisine, but there's also an affinity for this brand because you don't just order seafood to-go from anybody when you're in the Midwest. We want it to be a quality-established brand that's heavily focused on freshness, quality, and sustainability. We know it's resonating. We know there's an audience.”

The ghost kitchens are also being used to explore appetite for brick-and-mortar expansion into those Midwestern markets. Another possibility is that a Legal menu could be placed in another Smith & Wollensky location, like in Florida, where the seafood restaurant previously had a presence and where many New Englanders go to retire, Giguere-Lapine says. However, the marketing executive notes there will come a point when PPX will evaluate necessity of the ghost kitchens, since pre-pandemic volume at the steakhouses is likely to return, leaving no room for an extra brand in the kitchen.

As for the brick-and-mortar Legal restaurants, units are ahead of projections with travel and tourism picking up recently. Boston Logan International Airport in particular, housing five Legal locations, has seen increases in enplanements and deplanements. There’s also been more convention business, which has helped boost sales.

“Throughout the U.S., people are out and about,” Giguere-Lapine says. “They're wanting to get out there, wanting to get back into restaurants, and we're fortunate enough to be in markets where that is strong. It's vibrant. And because we have some really high-quality brands and because we’re a company who’s continuing to invest in people, we're probably seeing a bit more success than some others in retaining and acquiring new talent and new personnel.”

“We're certainly not over the hump like everybody,” she adds. “We need good people  and we need to retain those people. We're taking a hard look at our benefits, at our training programs, at our hiring practices, and our HR department. It's something that's constantly in the forefront.”