Cofounder and corporate chef Gabe Caliendo developed the recipes with input and inspiration not only from the leadership but also from team members.

Even though Chris Simms likens 2020 to the movie Groundhog Day for its surreal redundancy, Lazy Dog has hardly been doing the same song and dance this year. If anything, it’s been like a new show every night, and the California-based restaurant chain’s latest headliner is an entirely new, digital brand.

Cofounder and corporate chef Gabe Caliendo developed the recipes with input and inspiration not only from the leadership but also from team members.

A LOOK BACK: Why Lazy Dog is leading the next generation of casual dining

Like many newly launched virtual brands, Jolene’s was able to roll out relatively quickly thanks to an existing pipeline of people and resources, as well as economies of scale. Jolene’s shares kitchen space and staff with Lazy Dog; plus the menu utilizes existing sauces and other ingredients.

Throughout the pandemic, Lazy Dog has been on what Simms calls an innovation roll. Indeed the brand bolstered its off-premises with a variety of new programs and offerings, starting with pantry kits and family meals in the spring and more recently TV dinners. Lazy Dog stores also activated a program to help feed front-line workers and those in need within their respective communities.

That spirit of giving back and pulling together through the crisis also plays a part in Jolene’s. As the number of COVID-19 cases spikes and the prospect of winter chills outdoor dining options, virtual brands bring a new revenue possibility. It also means being able to keep workers employed.

“While it builds sales for our restaurants it also gives hours to our teammates. Right now that’s one of my biggest concerns as we see dining rooms open and close,” Simms says. “Jolene’s is my ability to be able to offer people more hours and more shifts by selling wings and beer to-go. That’s our goal as we go through this winter.” 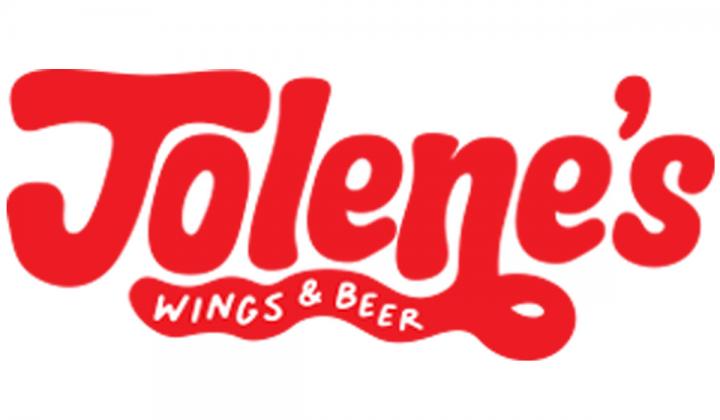 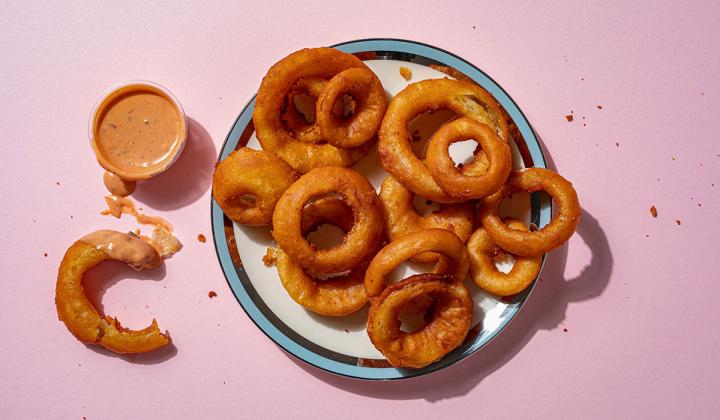 Even before Jolene’s launched, the team was already hard at work on how to make it even better.

Lazy Dog is hardly the first restaurant to launch a digital brand in the midst of the pandemic. Perhaps most notable was Brinker International’s It’s Just Wings, which launched nationwide a couple months ago. Like Lazy Dog and Jolene’s, it shares space with its brick-and-mortar sisters, Chili’s and Maggiano’s Little Italy.

And while not as ubiquitous in the off-premises world as, say pizza, the wing category is a highly competitive one comprising several established brands with existing customer bases and takeaway options. Nevertheless, Simms is confident in Jolene’s ability to thrive in the wing wars. It’s also not the first time he’s knowingly entered a high-stakes sector.

“I think it’s the same as with Lazy Dog. Everybody said I was crazy to go into casual dining,” Simms says with a laugh. “We can differentiate Lazy Dog from the rest of casual dining. And so I believe the same thing with Jolenes; I think with innovation, with creativity, and with quality, … we can definitely separate from the rest of the wing competition.”

He adds that many of the new ghost brands were launched using third-party platforms with stock photos, bare-bones branding, and basic menus. Jolene’s, in contrast, was created as a “concept for the future.” To that end, it shares Lazy Dog’s commitment to craft beer. In addition to wings and sides, customers can also order four-packs of Lazy Dog’s proprietary beers, which are craft-made by Wyoming-based Melvin Brewing. Members of Lazy Dog’s Beer Club skew young—an age group that also gravitates toward wings.

Jolene’s is likely to benefit from an existing fan base, especially with these younger guests. But at the same time, Simms can see the reverse happening as well, wherein Jolene’s customers who have never been to or heard of Lazy Dog might start frequenting it as well. This is a salient point for Simms. Jolene’s is its own distinct concept, but that doesn’t mean it will cast off its Lazy Dog roots.

“That was another thing that was important for us. Many of the wing concepts that popped up have been total ghost brands. We had a healthy debate about that, but for us, we’re so proud of Lazy Dog that … we wanted [Jolene’s] to be affiliated with Lazy Dog,” Simms says. “By doing that, it also creates an opportunity to introduce to somebody … to our core brand. I think the relationship between the two is going to be really special.”

Even before Jolene’s launched, the team was already hard at work on how to make it even better. The concept may be born out of the pandemic, but its future trajectory goes far beyond that. Simms says it’s not out of the question that it could one day be a brick-and-mortar, but for now it’s a matter of riding out the crisis and always facing forward.

“We made the decision to be aggressive, to use that creativity and those innovation skills to grasp onto this new normal and this new situation, to figure things out, and to listen to the guest,” Simms says. “The fun part about it is that it’s another creative outlet. The Jolene’s we introduced is 1.0, but as you know from us, that’s never the end. We’re already working on 2.0—that will take it to the next level.”