It’s not very often you come across a restaurant concept that has been in operation for more than 50 years—let alone in the same place. Lawry’s the Prime Rib is an exception.

Since the original Lawry’s opened in Beverly Hills in 1938, the brand has stuck to what it does well: comfort food in an upscale atmosphere. “We're fine dining, but we're not stuffy,” says Shannon Tauschman, Lawry’s in Chicago’s sales and marketing manager.

Over the past eight decades, the steakhouse has been serving classic dishes and dazzling diners with a tableside show.

“At our restaurant, you could have every single course from your cocktail to your dessert done tableside,” Tauschman says.

Even in the heart of meat-and-potatoes country, Lawry’s brand of high-quality steakhouse has thrived with no signs of slowing down. The Chicago location recently celebrated its 45th anniversary.

Tauschman joined the Lawry’s Chicago family 27 years ago as a server. After a brief stint away from the restaurant, she returned 14 years ago as a manager before transitioning to her current position.

“There's just a handful of restaurants in the city of Chicago that we share the same category with,” Tauschman says. “And it's pretty good company. We're very fortunate that Lawry's is a part of that iconic Chicago dining scene.”

Tauschman isn’t the only veteran staff member. From the kitchen to front-of-house staff, a number of employees have been working at Lawry’s for decades. One server, Dorothy Farmer, began working on opening night. Tauschman says another server who’s been on the team for 15 years jokes she’s still a rookie.

In an industry that has a reputation for being a revolving door, Lawry’s strives to keep its employees happy. There are new faces, Tauschman says, but with family meals, 401K matching, and an active human resources department, the company is known for being good to its workers.

“We’re extremely unique, and I'm very proud of our wait staff in the fact that there's so much tableside service, which is kind of crazy,” she says. Prime rib is carved tableside. Salads are spun. Ice cream sundaes are scooped.

Besides the service, Lawry’s atmosphere also draws an audience; the restaurant is housed in an 1893 mansion. Guests vie to sit in the section of their favorite master carver, Tauschman says.

The silver meat cart is also a star in the dining room. “It's a carnivore’s dream,” Tauschman says.

The brand’s dedication to exceptional standards of service separate the steakhouse from others, says Ryan Wilson, Lawry’s Restaurants’ chief marketing and strategy officer. Wilson, who is the great grandson of Lawry’s founder, Lawrence Frank, believes the company thrives from a reputation it’s built over the past eight decades. For those who haven’t made it to a restaurant, there’s a good chance they’ve cooked with Lawry’s seasoning, which Frank created in 1938.

It also helps that the company remains family owned.

As a chef, Wilson never expected to join the family business. He cooked at the Beverly Hills location when he was younger before forging his own fine-dining career in Northern California and overseas. Family brought Wilson back to the company.

“I wanted to spend time with my grandparents Richard and Mary Alice Frank,” he says. “They were the epitome of a patriarch and matriarch of our family and of our business, and they were just awesome people.” 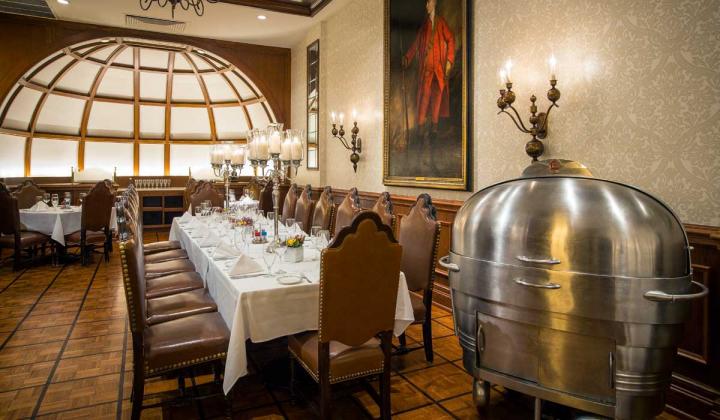 The Chicago location is housed in a 1893 mansion.

Now Wilson is helping the company prepare for the next phase of operations. He returned to business school, and after managing multiple kitchens as the brand’s executive chef, he transitioned into his current role. Wilson hopes to take the reins as CEO one day after his uncle, Richard Frank, decides he’s ready to step down. “It was much more organic than it probably appears on the outside,” he says.

“I am very confident saying that even if my family wasn't in the restaurant business, I think I would have found my way there,” Wilson adds. “I love hospitality. I love cooking. And now I'm really inspired by and challenged by the opportunity of putting the whole business picture together between real estate and design, concept creation, and making the whole thing work.”

Wilson’s expertise is helping Lawry’s modernize and stay competitive. After 80 years, some things need to be updated.

Wilson recognized the brand needed to update their menu without upsetting longtime customers. He worked with consultancy the Culinary Edge to develop new recipes that complement the current lineup. An outside perspective allowed the brand to get feedback without having an emotional attachment. The brand also worked with consultants from the Culinary Edge to create fast casual Lawry’s Carvery.

“It allowed me to kind of step away from day-to-day operations, which is one of the goals of going back to business school and letting other people in operations pick up the day-to-day firefighting,” Wilson says.

Lawry’s is known as a special occasion establishment. Tauschman thinks the new menu additions will bring in new customers and give existing ones a chance to try something new. The menu is adding classic steakhouse dishes, like Lobster Louie and different cuts of steak.

“The menu has always been like the ark of the covenant—you don't touch it,” she says. “We’re still holding on to our roots, doing very traditional dishes, but switching things up a little bit.”

Wilson wants Lawry’s to remain a special occasion place, but the new menu presents alternatives to diners who don’t want a full sit-down meal of salad, prime rib, and mashed potatoes. Now they can have a shrimp appetizer and maybe a lobster bisque for their meal, Tauschman says.

“We wanted that legacy diner to come in and open a menu and never know there's anything new,” Wilson says. “We didn't want to separate the continuity. It's allowing people to opt in rather than forcing it upon them.”

“There's nothing cookie cutter about our restaurant in aspects of service, cuisine, and atmosphere,” Tauschman adds. “Pushing the envelope a little bit by expanding our menu is only gonna bring more people in to enjoy the new dishes.”

Surprisingly, the original Lawry’s location in Beverly Hills isn’t the oldest establishment in the Lawry’s Restaurant portfolio. The Tam O’Shanter, a Scottish restaurant that offers a fine-dining experience in an old world atmosphere, opened in 1922. It still operates in the same building today. Lawry’s also owns and operates the Five Crowns, which opened in 1965 in Corona del Mar, California.

Wilson is tasked with keeping these establishments alive and thriving. Unlike some groups, Lawry’s is in it for the long game.

“We are a family and a family enterprise that really believes in the long term. We want to make investments in communities,” he says. “We have that underpinning of longevity and of tradition and heritage. And that doesn't mean things have to be conservative and old school.”

As a family enterprise, the company doesn’t have any outside capital to work with. Therefore Wilson is realistic with his expectations for growth. The company is reinvesting and improving its existing locations before thinking about opening a new ones.

Currently, there are four Lawry’s locations in Beverly Hills, Chicago, Dallas, and Las Vegas, and Wilson wants to add at least one more domestic store within the next few years. There are seven licensed Lawry’s in Asia as well. Wilson sees growth potential in the U.K., Europe overall, and Central America. 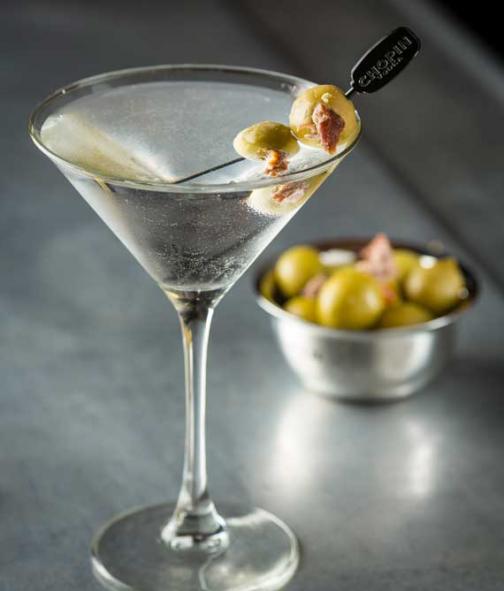 A multi-phase investment at the Tam O’Shanter propped up the restaurant for the next decade and Five Crowns is undergoing a similar endeavor, Wilson says. Investments in Lawry’s began two years ago and the brand is already seeing returns from it. The new menu and uniforms are expected to roll out across the other three Lawry’s by the end of the year.

Lawry’s 100th anniversary may be a couple decades away, but the company wants to continue bringing the dining experience its known for in the years to come.

“In a world that is changing all too fast, people know that they can come to Lawry's and still feel that same experience; that big room, the uniforms, silver carts, and all the rest of that iconic imagery is still there,” Wilson says. “It's always going to be there.”