The choice to go to Vegas was also solidified by the sheer number of visitors that come to the area from all over the world.

The Belmont, North Carolina, brand is headed to the MGM Grand in Las Vegas.

Nellie’s Southern Kitchen, first opened in Belmont, North Carolina, by the family of the Jonas Brothers, has unveiled its second location at the MGM Grand in Las Vegas.

The restaurant was originally inspired by the Jonas Brothers’ great grandmother Nellie, who grew up in Belmont working in the cotton mills, and was known for her cooking. Nellie’s was inspired by her traditions of music and food that have since continued in the Jonas family.

Denise and Kevin Jonas, Sr., the parents of the Jonas Brothers, worked in partnership with TLI Bedrock LLC to open this new location at the MGM Grand, which has long had a relationship with the Jonas family, says Andrew Siegel of TLI Bedrock LLC.

“Kevin told me that MGM has long been a part of the Jonas family from back when their sons were young and first going on tours,” Siegel says.

The choice to go to Vegas was also solidified by the sheer number of visitors that come to the area from all over the world.

“Coming to the Strip gives us an opportunity like no other location to share Nellie’s story to visitors from all over through our unique hospitality, live entertainment and delicious, authentic Southern cooking,” Siegel adds. 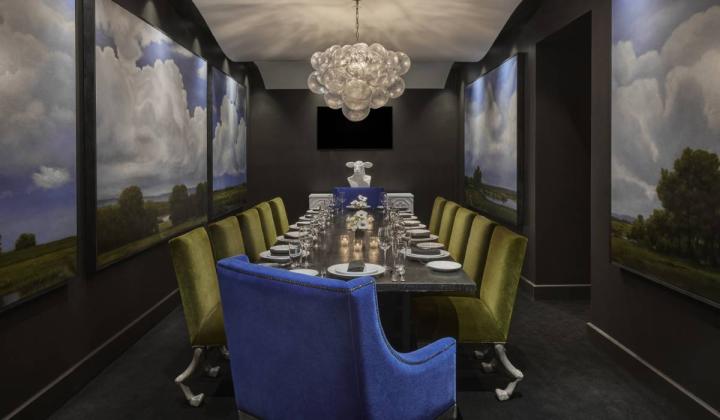 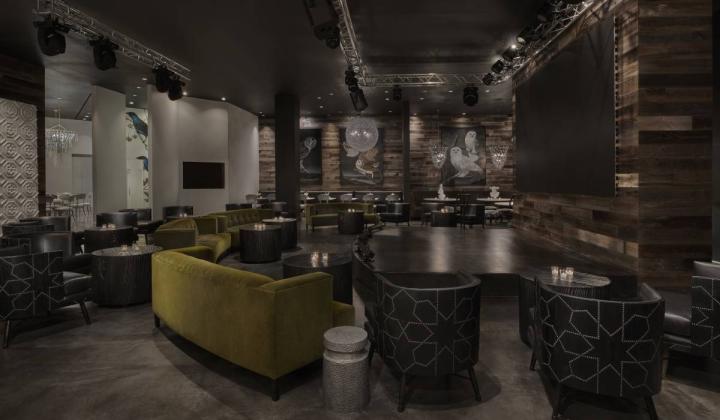 The venue is located across from the entrance to the Grand Garden Arena where the Jonas Brothers have played during their tours, and across the street from where their Vegas residency recently took place.

An “homage to Belmont,” Siegel says the design process for the space at the MGM took a year. The front-of-house in Vegas is almost four times the size of the Belmont location, but he says they still balance the intimate, family feel with the larger box.

This second location opens the door to the possibility of further expansion to other cities, Siegel says.

“Las Vegas plays an important part in setting up the foundation for us to do that, whether providing us the chance to perfect what we do best on a larger stage, or by first introducing people from all over the world to our unique polished casual southern cooking when they visit Las Vegas,” he says.

The Jonas Brothers and many of their family members attended the grand opening, then took the stage at the Dolby Live theater at Park MGM for the first night of their Vegas residency.

“Our family’s connection to Las Vegas has always been strong as we’ve performed here many times over the years, and it feels very special to now have a permanent piece of our family history in the city for everyone to enjoy,” Joe Jonas said in a statement.