Inside the Renaissance of 'America’s Favorite Dinner Table'

Shoney has experienced its ups and downs in the past seven decades. Now, the brand is back, growing again, and showing no signs of slowing down.
January 2018 Trevor Lenzmeier

Shoney’s has come a long, bumpy way since opening as a drive-in restaurant in Charleston, West Virginia, in 1947.

A couple of name changes—from Shoney’s to Big Boy and back again—and 70 years later, “America’s Favorite Dinner Table” has expanded into 17 states. Under the leadership of David Davoudpour, the reinvigorated casual chain shows no sign of slowing down.

At the turn of the century, though, the brand looked like it was pushed to the brink. After filing for Chapter 11 bankruptcy protection in 2000, the chain eventually shrunk beneath 300 restaurants, a far cry from its heyday in the 1980s and 90s when the expansive chain owned or operated more than 1,300 locations in 34 states.

But since coming on board as chairman and CEO 11 years ago, Davoudpour, who was the founder and CEO of the largest Church’s Chicken franchisee company, has pushed expansion and an updated, more contemporary feel in Shoney’s locations to house the chain’s classic American fare. The restaurant’s reach now stretches as far west as Texas and as far north as Ohio, with the latest expansion landing in Henryetta, Oklahoma. Some features at new locations include a granite bar with stacked stone, a private dining area for larger parties, large TVs, and fresh squeezed orange juice. The 6,700-square-foot Henryetta store offers gourmet coffee and Espresso as well.

In June, Shoney’s debuted a new prototype in Nashville after an existing store on Donelson Pike underwent an extensive interior and exterior remodel. That new restaurant design will serve as the prototype for all newly constructed and remodeled Shoney’s locations nationwide, the company said. The exterior design showcases natural wood and stone siding, elongated black awnings, and a red backlit Shoney’s logo. Inside, guests are welcomed by wood flooring, community tables lit by modern light fixtures, and a full-service bar highlighted by red subway tile. 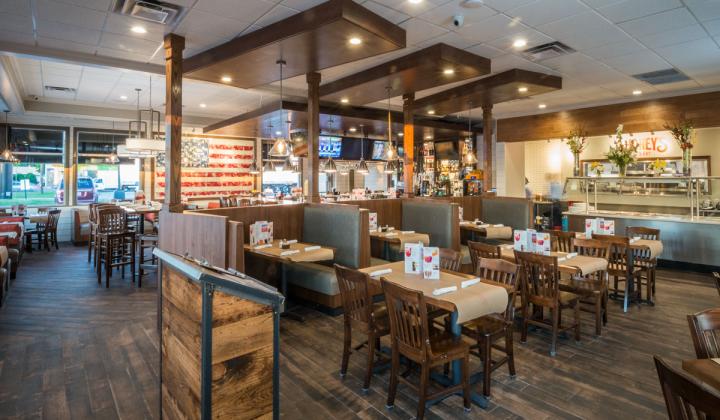 Davoudpour says his team focuses on three core principles that have defined the rebrand effort: simplicity, innovation, and giving back to the community.

He says that since he joined, Shoney’s has been busy doing exactly that in hopes of restoring the brand to its former glory.

“So when I got involved, we rolled our sleeves up and went to work, and the first thing we did was put a great team together. Our team is very devoted to returning Shoney’s to its glory days.”

Davoudpour’s commitment to his brand comes through in every sentence. He’s described Shoney’s as being “part of the American fabric” despite ups and downs in the restaurant’s history, and hopes that the revitalized brand will tap into the nostalgia of customers that grew up going to Shoney’s while reaching out to new markets as well.

“We really truly have a vision for the brand. We know who we were and where we were. Of course, we know where we are today, but we also know where we’re going as a brand."—David Davoudpour

Although the mascot has changed over the years and individual locations continue to be modernized, Davoudpour says the heart of Shoney’s is still on the dinner table. He prides himself on his chain’s fresh, quality food served for a fair price. He says that value differentiates his restaurant from the competition.

“There are some restaurants that it isn’t feasible for, but Shoney’s is a brand that has served breakfast, lunch, and dinner forever, always fresh.”

In addition to their fresh food, Shoney’s offers fresh-squeezed orange juice, a wide-ranging coffee bar, and in some of the newer models, a full bar. The new concepts have a focus on a comforting atmosphere for a meal with cleanliness being a priority. There’s a full window open to the kitchen, and Davoudpour swears by every restaurant’s presentation, from the booths to the bathrooms. 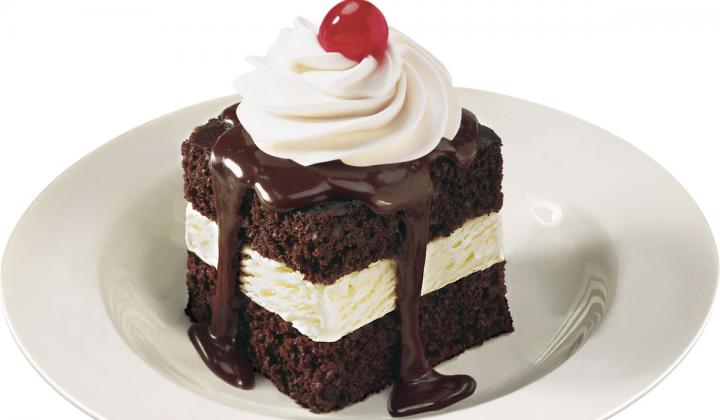 Shoney's Hot Fudge Cake is the stuff of legend in many parts of America.

Shoney’s leader has acknowledged there are hurdles facing his brand, like a decline in the brand’s relevance and a nationwide workforce shortage, but he’s certain he offers a package of quality food and quality service with personality. As with everything at Shoney’s, Davoudpour says that service has to be real, too.

In a sentence, Davoudpour described Shoney’s as “Real food at a great value in a comfortable place.” With the goal of expanding Shoney’s in its reinvigorated form, the brand’s CEO has his work cut out for him.

Ask Davoudpour, though, and he’ll say they’re right on track.

“We really truly have a vision for the brand. We know who we were and where we were. Of course, we know where we are today, but we also know where we’re going as a brand,” he says.

“A lot of people don’t have that with a brand and it’s a job to them. It’s never been a job to me.”