From smaller food to bigger arcade games, the eatertainment giant is putting its chips on guest experience.

Dave & Buster’s continues to wrestle with competition. The days of leaning on a novel model, where its very entry would spur traffic, are gone in many of the high-density markets the brand serves. This has led Dave & Buster’ down several paths of differentiation in recent quarters, including linking up with Jackman Reinvents, a firm it engaged nine years ago to recapture lost momentum.

Back then, they developed a new brand purpose and set the stage for Dave & Buster’s IPO. And it all centered on consumer perception. Namely, the idea that a small group of core users accessed the brand, but it was ceding share broadly, particularly among millennials. The result was format refinement, pilot renovations, new offerings, like D&B Sports, and the creation of four distinct “worlds”—the arcade, dining room, game bar, and sports-viewing area. It swapped large-format arcade games for more recognizable titles, like Fruit Ninja.

The challenge today carries a similar tune. Dave & Buster’s still has frequency problems (its average guest visits less than twice a year), and it’s has ground to cover in terms of where the consumer is headed. It’s a two-pronged target: Social gatherings and convenience.

The 135-unit brand’s same-store sales declined 4.1 percent in Q3, year-over-year. Its comps have tracked negative in eight of the last nine periods. And this is Dave & Buster’s softest result since Q1 2018. It also build a negative 5.4 percent two-year stack.

Total revenues upped 6.1 percent to $299.4 million from $282.1 million as the number of stores jumped 13.6 percent, year-over-year, to 134 from 118. Net income totaled $500,000, or 2 cents per diluted share, compared to $11.9 million, or 30 cents per diluted share last year. The company credited the year-over-year drop to pre-tax charges totaling $3.3 million related to on-going litigation and corporate restructuring.

THE YEAR IN REVIEW:

Q2: Dave & Buster’s looks to put the ‘wow’ back into restaurants

As for how Dave & Buster’s is working to remedy these points of differentiation, let’s start with the convenience element. The chain did not bring up in Q3’s call the performance of its fast casual pilot in Dallas. It did, however, note earlier the taco concept was struggling to generate awareness and the brand “expected it to perform better than it had.” 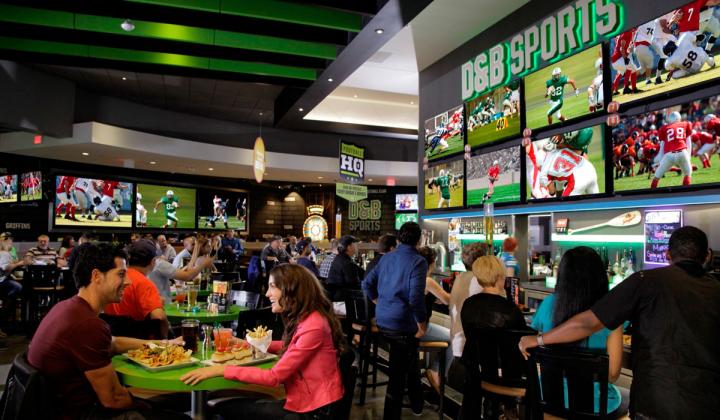 Dave & Buster's wants to establish itself as a first-rate venue for sports viewing.

The reasoning behind the launch was straightforward for Dave & Buster’s—get food into the hands of customers eager to get into the arcade. Not everyone was willing to commit to the time and price point of a full-service dining experience.

Dave & Buster’s is now testing food carts with snackable items, Jenkins said. They’re staffed by an employee and offer roughly five items along with beer selections as well as the signature drink. And the cart, currently in select stores (no number was given) is located within the arcade. So that should take care of the awareness issue. Also, the move fits a new offering into current consumer behavior instead of asking them to go somewhere else.

While this is happening, Dave & Buster’s continues to pilot a simplified 30-item menu. It has introduced new signature and shareable items as well.

Dave & Buster’s launched a new mobile app in October that furthers this guest engagement conversation. Through the end of November, Jenkins said, the chain recorded more than 600,000 guest accounts through the platform and generated north of $14 million in amusement revenue from the purchase of digital power cards on the app.

To put that into perspective, the company had less than 800,000 active guest accounts prior to launch. And the company defines that latter term as anybody who has come into the restaurant and purchased and/or played a game. It’s significant movement in two months.

"We're really looking at trying to have our food, [beverage], and entertainment options collide, so we can increase our penetration across the brands." — Brian Jenkins, Dave & Buster's CEO.

Beyond the early day successes, this could play a leading role in improving frequency for the brand. Dave & Buster’s will be able to build its customer database and improve one-to-one communication efforts via email, text, and push notifications.

For instance, Jenkins said, the email contacts will differ depending on guest behavior. So, if somebody is low on chips and hasn’t been in for a while, Dave & Buster’s could pulse them an offer. If they have a lot of chips on their card and hasn’t come in to redeem, it could encourage a revisit.

Jenkins said Dave & Buster’s has already seen better frequency. There’s been more recharge activity. The simple step of allowing customers to do so from their phones instead of through a person or kiosk in-store has paid dividends.

One near-term enhancement coming that plays to the earlier convenience goal is pay-at-the-table functionality. Jenkins said Dave & Buster’s plans to add the ability for its app users in the first half of next year.

“This will be a significant leap forward in reducing friction for our guests and improving efficiency by streamlining the payment process,” he said.

The social gathering challenge is something Dave & Buster’s is addressing from multiple fronts. And it’s critical when you consider how crowded the eatertainment space is becoming. Challenger brands like Main Event and Punch Bowl Social (now fueled by an investment from Cracker Barrel) have built robust followings around the idea of inclusivity. In 43-unit Main Event’s case, the chain does huge repeat business with bowling leagues, company events, birthday parties (for kids and adults), and interactive group options like laser tag, karaoke, billiards, and mini golf.

Coming is a modern take on Ping Pong called “Pong Knock Out,” which is a competitive multiplayer game that uses mechanical elements. The two VR attractions in test right now are multiplayer attractions that lend themselves to “socialization, competition, collaboration,” Jenkins said.

“We know our guests are really, really looking for social games,” Jenkins said. “So, that is why we are emphasizing multiplayer games right now.” 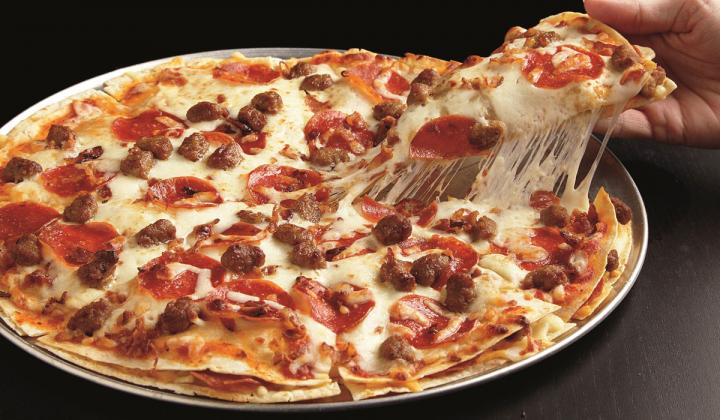 Bring the ‘wow’ back

Last quarter, Dave & Buster’s spoke about its first priority—revitalizing existing stores. The headliner was the rollout of massive 43-foot “Wow Wall” LED TV screens that can show up to six games at once and are designed with stadium sound equipped for viewing parties and other special events, like esports. It’s similar to what’s going on with the arcade games—the evolution of congregation—but in a different layer of Dave & Buster’s experience.

Jenkins said the chain introduced the feature to 35 restaurants through the end of Q3 and has added 13 since. “The Wow Wall screens gave us the capability to become the premier sports viewing destination in these markets, and provide a tremendous opportunity to increase guest frequency and food and beverage attachment over time,” he said.

Jenkins said Dave & Buster’s is seeing improvement in some of these units already. The next step involves the programming of content on these screens “to maximize global interest” and help generate incremental traffic and viewership.

To date, in some stores, Dave & Buster’s has tested live activities around key sports events, “which we expect to build community and drive increased store traffic,” Jenkins said. Local radio stations for big games. Celebrities. “So, we'll see how that goes but we are looking to leverage this asset in a broader way than we have in the past,” he said.

“If you think about our case today, you're out, you play and often you're doing it alone,” Jenkins added later in the call. “So we're really looking at trying to have our food, [beverage], and entertainment options collide, so we can increase our penetration across the brands. We are working with urgency across the entire brand to activate these plans right now.

Growth to slow, and a sales breakdown

Dave & Buster’s opened four new locations in Q3 and has debuted one since, bringing the total to 15 new stores for 2019. By the time the calendar turns, the chain will have added 16 restaurants year-over-year. The long-term opportunity remains to have 230–250 locations in the U.S. and Canada.

But in 2020, Jenkins said, the chain expects new store unit growth to be slightly lowered compared to this past year’s plans. “As always, we will continue to monitor the situation, ensure we are making the right business decision and we will remain open-minded about the pace of new unit growth in 2021 and beyond,” he said.

This past quarter, Dave & Buster’s walk-in sales declined 4.6 percent versus the year-ago period. Amusement and other fell 3.9 percent, while food and beverage declined 4.4 percent. Within F&B, food dropped 4.9 percent and the bar business slipped 3.6 percent.