Restaurateur Sam Fox is ready to embark on a new chapter alongside The Cheesecake Factory.

What does the future look like for the casual giant and Fox Restaurant Concepts after their blockbuster merger—and what does it mean for the industry?

Despite having opened dozens of unique restaurants and planting flags across the country, Sam Fox is far from jaded when it comes to new opportunities. In fact, his excitement is almost palpable. Last July, the 10-time James Beard semifinalist for Restaurateur of the Year entered into a deal with mega-chain The Cheesecake Factory—one that is sure to prove a game-changer for Fox Restaurant Concepts.

“Our company is evolving, and we’re going to be a national player. Having the partnership with The Cheesecake Factory and their expertise is great,” Fox says. The Cheesecake Factory, which first opened in 1978 and now has more than 200 units, paid $353 million for the company and the portion of Fox’s North Italia brand that it didn’t already own. The Calabasas Hills, California–based company had already invested $88 million in FRC for a stake in North Italia and Flower Child—the latter of which Fox developed thanks to a minority investment from Cheesecake in November 2016. Since then, the industry juggernaut invested $88 million in North Italia and Flower Child in anticipation of their purchase.

Fox launched FRC in tandem with his first restaurant, Wildflower, which made its debut in Tucson, Arizona, in 1998. Since then, the group has flourished, opening multiple concepts while also selling a few, including True Food Kitchen, which was purchased by P.F. Chang’s in 2012. FRC now boasts 11 brands, minus North Italia: Flower Child, Culinary Dropout, The Henry, Blanco, Doughbird, Olive & Ivy, The Greene House, The Arrogant Butcher, Zinburger, Wildflower, and The Rocket.

All are approachable, casual restaurants—ranging from farm-fresh food to Mexican to pizza—and number a total of 49 locations across nine states and Washington, D.C. Now that The Cheesecake Factory owns all of its assets, FRC will operate as an independent subsidiary with Fox and his team continuing to lead day-to-day operations. 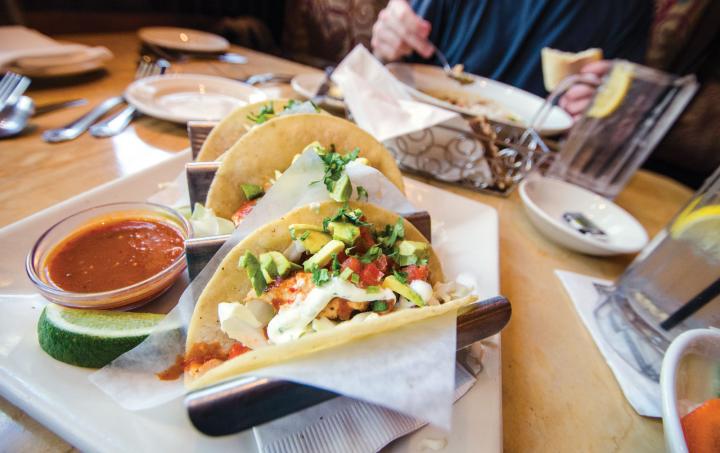 With a national footprint of more than 200 units, The Cheesecake Factory has the infrastructure and capital to grow Fox Restaurant Concepts.

North Italia, a full-service Italian concept, has 21 locations in 10 states and D.C. Each unit pulls in about $7 million annually. Moving forward, The Cheesecake Factory will run the brand from its California headquarters and already has expansion in mind.

“North Italia has a clear growth pattern and will grow about 20 percent a year. Next year we’ll do six more stores and then build on that,” Fox says. The growth will be in both the number of locations and its geographic footprint; The Cheesecake Factory sees the potential for 200 domestic units.

At 24 locations, Flower Child is the second-largest FRC brand and will remain under Fox’s purview. The concept can best be described as a fast-casual iteration of True Food Kitchen—the full-service restaurant Fox developed with holistic wellness guru Dr. Andrew Weil. Given the demand for healthier, plant-forward fare and the boom in fast casual, Fox will focus his attention, at least initially, on growing Flower Child. Like North Italia, he thinks it can expand about 20 percent annually—for an estimated four to five locations this calendar year.

“I’m excited about [being able to] grow and innovate Flower Child. Culinary Dropout is also going to go on a bit of a growth pattern with three new units in the near future,” Fox says.

He’s also scouting new real estate for The Henry—a classic American restaurant and bar that harkens back to the Gatsby era—as well as a seventh location of Blanco Tacos & Tequila, which is slated to open in Denver later this year. Furthermore, the restaurant group is busy at work on a second location for Doughbird. “We have so many irons in the fire that we’re always busy,” Fox says.

Such ambitious growth will come more easily to FRC now that it has an injection of capital, not to mention long-term backing. “We’ll have more growth capital, more strategic planning for the brands in the portfolio,” Fox says. “We’ll grow the existing brands, and I think you’ll see something else out of us,” though he offered up no clues as to what a new concept might look like.

The combined company, according to statements by The Cheesecake Factory, is expected to gross almost $3 billion in 2020 with an expected revenue growth of more than 8 percent.

With roughly a dozen new concepts under its purview, The Cheesecake Factory has various benchmarks set for 2020. During an October investor call, CEO David Overton laid out the following expansion goals for the year ahead. At press time, three of the expected 20 openings remain a mystery.

Opinion on the Cheesecake-FRC deal varies. Fox is squarely on the positive side, pointing out that the deal gives his restaurants room to grow fairly unconstrained. It’s not a one-sided deal, though. For as big as it is, The Cheesecake Factory stands to gain much, too.

“They’ll both benefit, and it gives The Cheesecake Factory a new source of potential growth down the line, and that’s been one of their biggest challenges,” says Jason Moser, a senior analyst at investment firm Motley Fool. “You can only have so many restaurants before you get saturated.”

They’re a good match, too, he adds, in that the two companies have similar cultures. It’s an opinion that Fox himself echoes.

“We’re really well-aligned and have been partners for the last three years, so we dated before we got hitched. We know our strengths and our weaknesses. [The Cheesecake Factory] is a lot bigger than we are, but we’re similar: founder-led and passionate about the restaurant business,” he says.

Fox points to growth, purchasing, facilities, and strategic planning as areas where the larger brand’s expertise will be valuable. “They’ve done a great job of building an organization with more than 200 restaurants across the country and having that road map is something we’ll benefit from,” he adds.

Another big advantage for FRC comes in the form of The Cheesecake Factory’s national infrastructure, which makes sourcing and supply chain support easier. At a time when more concepts are prioritizing fresh ingredients and seasonal offerings, building their own supply chain can prove difficult, Moser says. By joining a company with an existing network, FRC has an edge over competing restaurant groups of roughly the same size.

On the flip side, The Cheesecake Factory will gain access to a more nimble, creative mindset that large, legacy chains often lack.

“It will probably help with innovation at The Cheesecake Factory, which is kind of a restaurant of yesterday, while Fox is a restaurant of today,” Moser says. “This gives them a chance to expand their customer base dramatically. My bet is they will at least want to groom the North Italia concept, given that it’s pretty well proven.”

He expects to see The Cheesecake Factory expand another one or two of the brands while also shedding a couple of the Fox concepts. Unless The Cheesecake Factory’s own smaller brands (Grand Lux Café and RockSugar Pan Asian Kitchen) are deemed underperformers, Moser predicts they’ll fit in well with the growth strategy for the FRC brands. 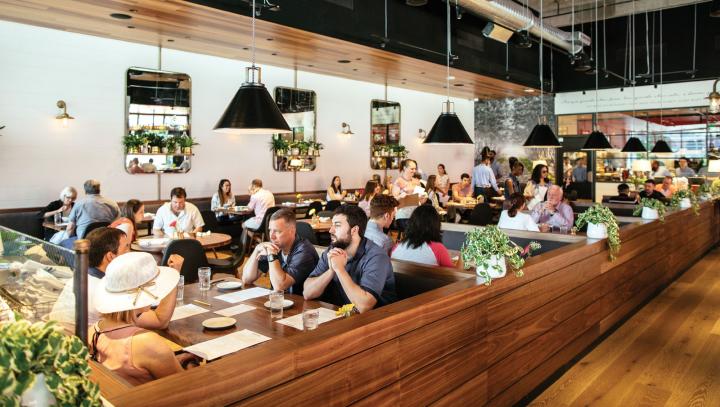 In considering what the future would have looked like for Fox without this acquisition, Moser imagines the restaurant group would likely have needed to pursue an IPO to access more capital. But such routes can be treacherous for smaller operations that often lack the girth to keep Wall Street investors satisfied, Moser says.

Peter Saleh is a managing director specializing in the restaurant sector at global financial services firm BTIG. He expected The Cheesecake Factory to only buy North Italia and Flower Child. The purchase not only surprised him but also troubled him.

“This could be a distraction to their management team, and the talent at their headquarters could want to go work on the new, shiny, exciting concepts, and that is probably Flower Child or North Italia,” Saleh says.

In his opinion, the merger could benefit some of the concepts while leaving others neglected. “Restaurant companies that have multiple brands under one umbrella are usually successful at one brand, and the others go by the wayside. And they almost never have them doing well at the same time,” he adds.

The challenge for The Cheesecake Factory, Saleh says, is remaining focused on its restaurants and stabilizing traffic to them. “Right now, the number of people coming into the restaurants has been declining every year. The last positive year of guest counts [increase in foot traffic] was 2012,” Saleh says.

Despite the lengthy downturn in traffic—a challenge facing many fellow casual-dining chains—The Cheesecake Factory has continued to generate steady financials; in fiscal year 2018 average-unit volumes clocked in at $10.7 million, representing a 1.7 percent uptick in comp sales.

Under that line of reasoning, the acquisition was all the more crucial for The Cheesecake Factory.

“When you stop growing as a restaurant, you have to figure out what your next act will be,” Moser says. He doesn’t expect the acquisition to drive traffic to Cheesecake’s own restaurants, nor does he foresee the partnership being highlighted in any way so as not to affiliate one brand with the other.

The Cheesecake Factory isn’t resigned to ever-shrinking traffic and guest visits. Last spring, the chain began testing a smaller, 5,500-square-foot prototype that could open the door to new real estate opportunities. That said, it does behoove the mega-brand to hedge its bets with some fresh blood.

And as for Sam Fox, he’s happy to be along for the ride.

“I’ve never been part of a public company, so it’s creating a whole lot of learning opportunities. Hopefully we’ll do things that are meaningful to them and to us. And hopefully we’ll get better every single day,” Fox says.