Famous Dave's has heated up sales over the past year.

This past year provided a jolt of optimism for the barbecue chain.
March 2019 Danny Klein

Famous Dave’s began 2018 on a high note. Last May, the barbecue chain reported net income of $998,000 in the first quarter, which was a welcome change from the $1.4 million loss it swung in the year-ago period. The return to profitability was the first positive report since the second quarter of 2016 for Famous Dave’s. And it turned out to be a sign of things to come.

On Monday afternoon, the Minnetonka-based brand, which has 144 locations, said it earned $1.1 million during the final three months of fiscal 2018. The year before, Famous Dave’s was in the red for $1.5 million.

Famous Dave’s also purchased five locations in the Denver market and transferred them to company-run restaurants after the quarter closed, it said.

The fourth quarter in particular was an uplifting one for Famous Dave’s. Traffic at company restaurants rose 6.3 percent, year-over-year, to go along with a 2.2 percent uptick in same-store sales. Traffic rose 4.2 percent for the year.

As has been the case throughout the calendar as well, Famous Dave’s benefitted from a decrease in general and administrative expenses. It saw the figure drop to $2.1 million from $2.8 million in the prior-year period. 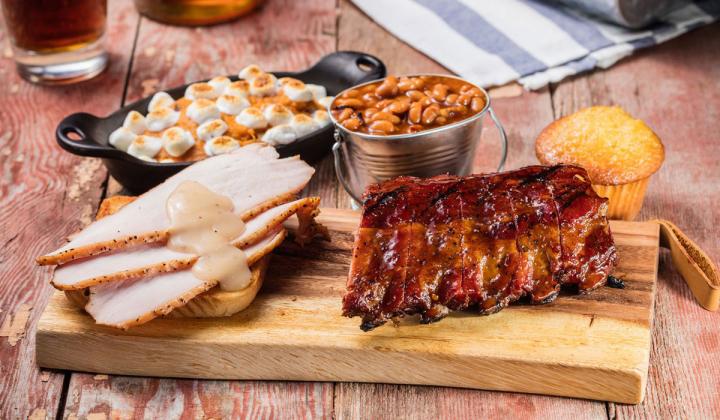 Famous Dave’s led with innovation in 2018, especially at the corporate level, which is one reason the chain could spark significant systemwide improvement moving forward. Many of the updates aren’t spread throughout Famous Dave’s franchised footprint just yet. The traffic and sales outperformance at company units prove sweeping changes are paying dividends.

Famous Dave's chief operating officer, Geo Concepcion, told The Star Tribune that its current goal is to “find creative ways for franchisees to operate the initiatives,” including exterior and interior design and marketing efforts.

He said operators would have to invest between $100,000–$300,000 to update locations and take advantage of the changes that have spiked traffic at corporate units. He added it would likely take franchisees about two years to recover the investment.

What’s changing? Pretty much every touchpoint possible, from visual to operations to culinary.

On the menu front, Famous Dave’s introduced 11 fresh items in 90 percent of its 127 franchised locations last year. The first “founder inspired” refresh project from the chain took form at a Coon Rapids, Minnesota, location. The store reunited Famous Dave’s with its founder, Dave Anderson, who split with the company in 2015 under previous management. Together, Anderson and the new executive team designed a restaurant with a fresh look and menu that paid homage to Famous Dave’s past.

It reported double-digit sales growth in early reports before leveling out around 10 percent higher with traffic gains in the 12–13 percent range. That store also featured 23 new menu items developed by Anderson.

Then, in late October, Famous Dave’s broadly rolled the menu changes. Franchisees implemented four core items that were picked from the update—cheese curds, build-your-own burgers, 3-meat combo, and hand-breaded chicken tenders. Five changes were asked of operators so that, no matter where consumers dined, they’d see about 10 new items on the menu.

This was also a chance for Famous Dave’s new head of culinary, Sylvia Matzke-Hill, who came to the brand from Buffalo Wild Wings earlier in the fall, to direct changes. She told FSR earlier in the year that Famous Dave’s wanted to keep its core ingredients at the forefront, but tap into relevant trends perhaps skirted before. Things like Brussels sprouts, fried and tossed in a bacon and onion glaze. Also some international flair, like the jalapeño Sweet & Sour sauce that accompanied its new chicken tenders.

But throughout the process, unlike in past years, Famous Dave’s kept Famous Dave himself involved. “He’s got an amazing palate,” Matzke-Hill said. “He knows flavors and knows combining different flavors and different seasonings together to create some really, really tasty products.”

“We believe that further training and operational efficiency surrounding the new menu will improve food costs as a percentage of restaurant sales, net, in fiscal 2019,” CEO Jeff Crivello added in a statement. “We look forward to honing these initiatives in fiscal 2019 and remain excited about plans to complete refreshes of certain company-owned and franchise-operated stores.”

Q4 restaurant-level operating margin, as a percentage of restaurant sales, net, for company-owned restaurants was 2.9 percent compared to 1.3 percent in the prior year.  The decline was primarily a result of the new initiatives tested in corporate stores, the company said, including the new menu 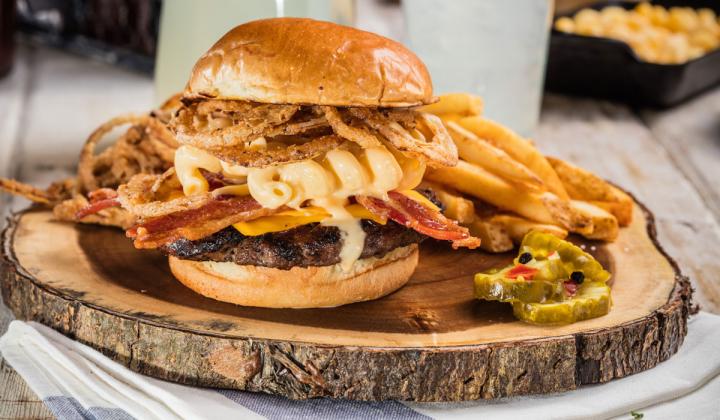 A push into the virtual space, and digital drives the dollar

Concepcion and Crivello, who assumed the role last February, weren’t restaurateurs by trade when they joined Famous Dave’s. That’s been an important note to consider when looking at how it’s operated over the past 12 months.

Famous Dave’s collaborated with MomentFeed and OpenTable in 2018. In a different, more recent initiative, Punchh built and launched a loyalty app “to allow us to engage with guests in ways that we have not been able to historically, and allow our guests to engage with our brand conveniently,” Famous Dave's said.

Famous Dave’s new rewards app was just announced late February via a partnership with Punchh. Some highlights include a free sandwich or burger giveaway upon download. Then customers receive one “bone” for every $1 spent at Famous Dave’s. When they hit 100 bones, they unlock $5 in rewards. The app also features information about promotions and brand news.

In addition, it provides social media sharing opportunities and bonus referrals, as well as a spot for guest feedback. Famous Dave’s can glean clarity on guest segmentation, it said, and, in turn, boost strategic guest engagement. The app also offers consistency as a unified program for the chain’s franchise system. Operators can innovate and advance their offerings from the data, Concepcion said.

Famous Dave’s introduced third-party delivery and online ordering via its website in 2017. This past year focused on streamlining those channels “and listening to what additional offerings we could bring to the table to improve our guests’ experience,” Concepcion said.

“We need to make sure we position ourselves in the best possible way to reach the younger and technology-focused segment of our target market,” Crivello added in a statement. “Our advancement as a company depends on innovation and equipping our franchisees with the best technology available to drive their success.

Famous Dave’s also explored the introduction of delivery-only locations that would offer fan-favorite menu items but cut down on wait times. Also being explored are virtual concepts that help Famous Dave’s capture third-party business it might have been missed out on before. The notion of a ghost restaurant within a certain segment that still operates out of Famous Dave’s restaurants. In this case, Famous Dave’s wouldn’t lose a user’s business because they sorted by a cuisine the brand wouldn’t register under. For instance, if they were searching for burgers, they’d likely not find Famous Dave’s, even though the chain cooks up quality items.

"Virtual and ghost restaurants will launch in 2019 as we look to continue growing our digital sales mix which doubled in Q4 from the same period last year," Concepcion said in an email to FSR. "Some of the ideas include fried chicken, sandwich, and burger concepts that will be serviced out of existing Famous Dave’s kitchens. We’re excited by the prospects and believe it will offer another key path for growth.”

“I think that opens up a way for us to connect with the consumers and then solve that business issue of getting more out of our existing assets without all the really expensive equipment and other stuff that goes into launching a new concept,” he said earlier. “I call it latent capacity. For us, we have latent capacity in the kitchen, especially during lunch time. The ways we can figure out how to be creative and figure out what to do there the better off we are.”