How Casual Dining Will Survive the COVID-19 Crisis

Boasting the largest players in full-service, the segment is responding in varied ways to a challenge unlike any it’s faced before.

Though restaurants are not immune to national crises, the industry as a whole is resilient. From the small diners and soup kitchens that survived the Great Depression by offering low-cost fare to the chains that made smart investments and successfully navigated the last recession, foodservice leaders’ ingenuity has kept brands—and the industry at large—afloat through difficult times.

But the COVID-19 crisis is unlike any they have faced before.

As restaurant leaders at the largest casual-dining chains fight for survival, they—along with analysts—are turning to the Great Recession and other past crises for clues as to how they might bounce back, but Dan Kline, contributing writer and podcast personality for investment consultancy Motley Fool, cautions that these economic downturns are vastly different. The Great Recession, Kline says, was an economic-driven slowdown with myriad factors contributing to market declines.

Today, however, the nation is facing a decline with one specific cause: a global pandemic. These unprecedented circumstances make the path to recovery far less straightforward.

“Anyone who is telling you they know how this will play out doesn’t know—no one knows,” Kline says. “This isn’t typical, and there are so many unanswered questions. Will the coronavirus flare up again before we have effective treatment, and how quickly will people get back to work? Will this be over inside a four-month window so that most people won’t miss a paycheck?”

This is exactly the quandary the leadership team at Huddle House and Perkins (which was acquired by Huddle House last year) has been grappling with.

“During the Great Recession, some companies might have been down as much as 10 percent, but that didn’t happen all at once. It took weeks or months to hit bottom, and the contraction wasn’t as deep,” says Alison Delaney, chief marketing officer for Huddle House and Perkins. “But this crisis happened overnight and changes rolled out in a matter of days. A record number of stores have closed, workers are homebound, and restaurants are dealing with restrictions. Plus now, our fear is not only economic; it’s also for our own health and that of our coworkers and communities.” 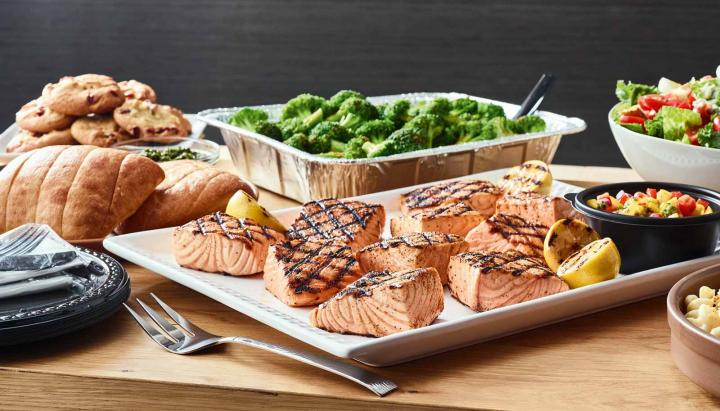 After an initial nosedive in sales, Bloomin’ Brands experienced a modest uptick in orders by mid-April, thanks to off-premises options at Bonefish Grill (Below) and its other restaurants.

Kline says he thinks the timeline for recovery is on the shorter end of the spectrum, perhaps taking only a few months rather than the year or longer predicted by some estimates. If that is the case and the pandemic ends by late June or July, markets could recover rapidly, whereas a purely economic downturn, such as the Great Recession, takes a much longer time to rebound.

But Kline also notes that recovery may be dependent on how strict lenders and landlords are with restaurants’ payment schedules. Though many brands are having trouble making payments amid falling sales, if landlords and their banks allow restaurants to space their payments out over two years in exchange for signing extended leases, it may result in fewer closures. On the other hand, Kline says the industry might also see what he calls opportunistic closures, in which landlords want to move a specific business out of a space anyway and won’t negotiate payment terms. In this regard, large casual chains may fare better than smaller brands.

“It’s pretty easy for The Cheesecake Factory to say they won’t pay rent in April because they have a lot of leverage,” Kline says. “What is a landowner going to do with a Cheesecake Factory? Their stores are so customized that they would have to be knocked down to be repurposed, and they are massive, so it will be hard for landlords to fill that much space. They are going to fare a lot better than a local bakery without that kind of power.”

According to Black Box Intelligence, full-service chains saw a 60 percent decline in same-store sales, but some brands beat the average. For example, The Cheesecake Factory experienced only a 46 percent decrease in same-store sales in March and had managed to boost off-premises sales by 85 percent since the final quarter of 2019.

Indeed, takeout and delivery became a liferaft for all restaurants during the dine-in bans. In many ways, the major players had an edge over their smaller competitors thanks to broader resources. 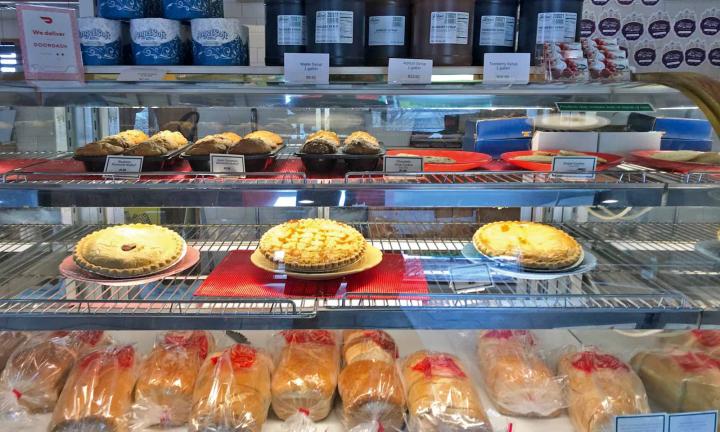 The Rise of Grocery

Mintel's Global COVID-19 Tracker data indicated that as the COVID-19 pandemic spread across the nation, consumers stocked up on groceries and supplies:

One-sixth of consumers said they stocked up in early March 2020, compared to three-fifths in mid-April.

At the same time, the percentage of consumers avoiding restaurants or going out to eat skyrocketed from 15 percent in early March 2020 to almost three-quarters in mid-April 2020.

Some brands, including Olive Garden and LongHorn Steakhouse, provided value by reducing delivery fees or rolling out value meal promotions. Promotional pricing also happened to be a strategy that casual-dining chains relied on heavily during the Great Recession and is likely to continue influencing the industry throughout recovery.

“As an economic recession likely sets in and consumer confidence remains low, operators will focus heavily on value-based promotions to encourage diners to spend their hard-earned dollars at restaurants,” says Amanda Topper, associate director of foodservice for market research firm Mintel. “And while this economic climate will be different, consumers will be extremely price sensitive.”

But off-premises options are less helpful for experience-driven brands like Dave & Buster’s. In early May, the company sold $100 million in common stock to the Jefferies Group to stay afloat.

Most casual brands managed to boost their off-premises sales, but such improvements weren’t necessarily enough to keep them in the black. Topper says that despite growing consumer comfort with takeout and delivery over the past few years and many brands’ adoption of contactless delivery and curbside pickup, new concerns have emerged.

“Mintel data from early April 2020 shows the percentage of consumers ordering takeout and delivery more often is slightly less than those who were ordering less often,” she says. “In the early days of the pandemic, concerns about job security and personal finances meant consumers were limiting discretionary purchases including restaurants. Additionally, some consumers were concerned about COVID-19 contamination during food preparation or delivery, despite a lack of evidence the virus could be contracted via food.”

Additionally, Topper says data from Mintel’s Global COVID-19 Tracker shows that consumers are shifting spending away from meals at restaurants to groceries. As a result, some brands, such as Huddle House and Perkins, are taking a more creative approach and have launched grocery programs.

The sister chains began stocking their stores with essentials, including meat, bulk cartons of eggs, paper towels, and toilet paper, though the specific items change daily, since the company is taking requests from customers.

Usually changes for restaurant chains require weeks or months of preparation, but Delaney says it took no more than a week to go from idea to in-store execution thanks to both brands’ existing infrastructure. Huddle House has its own distribution center and warehouse, while Perkins was able to use its bakery cases to display grocery products. Both offer curbside pickup and a priced list of grocery items that can be delivered in tandem to customers’ cars.

“During the Great Recession, some companies might have been down as much as 10 percent, but that didn’t happen all at once. It took weeks or months to hit bottom, and the contraction wasn’t as deep.”

So far, Delaney says, the move has been well received by customers, store-level staff, and franchisees. While leadership has given franchisees a choice in whether or not they want to participate in the grocery concept, Delaney says most have opted into the program.

“Both our store-level employees and franchisees understand that what we’re trying to do is keep people employed at the store level while helping our restaurants,” she says. “Offering grocery could make up the difference between a franchisee staying open or closing and keeping people on staff, so it’s been a popular move with our team members.”

While it remains to be seen how long various states will endure social distancing and stay-at-home orders and how quickly the economy can rebound, there is no question that the ingenuity restaurants are relying on now to survive the downturn will continue as everyone adapts to a new post-pandemic world. Though no one knows exactly what the restaurant of the future will look like, many large chains will be making long-term investments in contactless payment, sanitation, and off-premises dining infrastructure.

Individual brand responses may vary, but Delaney says the industry as a whole will have to come together to protect the future of the casual-dining segment.

“We’re all in this national crisis together,” she says. “While it’s different, it’s similar to 9/11. We all have to work collectively to bring the industry back, and the most important thing for all businesses interacting with the public is keeping the customers’ trust. Some brands will not survive, but this will make the survivors stronger, and that’s one thing we can look forward to.”