But will the top-line results follow?
December 2018 Danny Klein

Darden chief executive Gene Lee admitted he’s “disappointed by the lack of progress in the top line” at Cheddar’s Scratch Kitchen. After reporting same-store sales declines of 4 percent in the second quarter of fiscal 2019, Darden’s most recent acquisition has tracked negative in six straight periods. And, from a top-line angle, really hasn’t shown any significant uptick.

Darden never suggested a timetable for Cheddar’s turnaround. It purchased the 158-unit chain (it has grown by five restaurants since this time a year ago) for about $780 million in April 2017. Last quarter marked the first time Cheddar’s figured into Darden’s blended same-store sales and has continued to represent the company’s biggest drag on comps. After Cheddar’s, Yard House and Bahama Breeze—both at negative 1.1 percent—were the lowest performers in another stellar Q2 for Darden. Seasons 52 was down 0.8 percent, but every other chain (Olive Garden 3.5 percent, LongHorn 2.9 percent, The Capital Grille 3.7 percent, Eddie V’s 0.9 percent) reported positive.

Lee said, despite the top-line struggles, he was “pleased with the progress that Cheddar’s management team was able to make during the quarter.”

READ MORE: Olive Garden shifts direction, but only because it can

As a result, the majority of Cheddar’s restaurant operators received a new leader. This created short-term disruption, Lee said, but was necessary to position the brand for long-term success.

Broadly speaking, these are the same traits that turned Olive Garden and LongHorn into casual-dining giants. Lee has long suggested that understaffing, or improper staffing, was a key reason Cheddar’s failed to perform consistently across its base. As were expectations that didn’t meet Darden’s lofty standard.

“Today, the restaurant management teams are using our proprietary tools to forecast their business with much more accuracy, enabling them to staff their restaurants properly to better serve their guests,” Lee said.

Achieving this required introducing standards to create consistency across the brand, he added.

One example: During the highest-volume periods, restaurants managers are now positioned properly with one manager at the host stand, one managing the dining room, and one managing the kitchen, “resulting in much better throughput,” Lee said.

“With this laser focus on the strategic priorities, they are seeing higher guest satisfaction scores, and those scores continue to improve each month, and in time, they should see better team member and management retention levels,” he said.

Additionally, Cheddar’s is working on culinary process improvements, Lee said, that would be phased in over time. Just like LongHorn and its continued menu simplification, these efforts are intended to boost quality, consistency, and speed of service at Cheddar’s. “They have a strong management team in place, and as they continue to implement our back-to-basics operating philosophy, they will make significant progress throughout this year and years to come,” Lee said 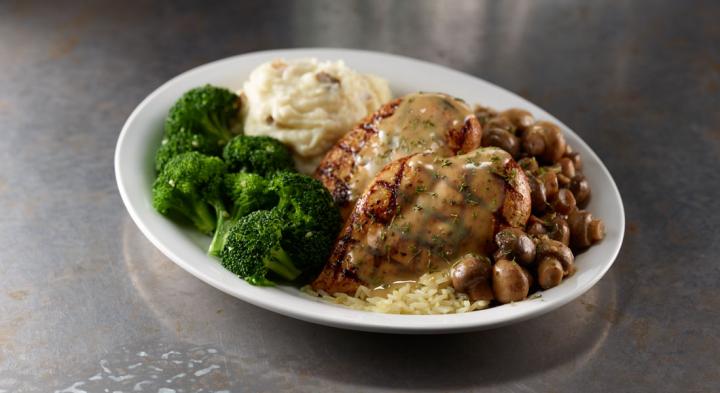 Lee said Cheddar’s is, for the first time, witnessing improvement across a leading indicator that proves it’s headed in the right direction: guest satisfaction.

“These scores are improving significantly each month, and we can point to things that we've done,” Lee said. “We're seeing significant improvement on Friday and Saturday night now that we have managers positioned in the right place. Our throughput is up significantly. We're closing the gap on same-restaurant sales on those nights.”

While there have been some visible operational improvement, they’re “just not manifesting themselves into the overall same-restaurant sales number,” Lee said.

The guest satisfaction scores have improved for the last six months and are currently at the highest they’ve been since Darden acquired Cheddar’s. “Our value ratings are still extremely strong in this business,” Lee said. “And so, we feel really good about where we are. We know hour-to-hour today, we’re running these restaurants better than we were six to nine months ago, and we can see it in the results.”

He pointed to culture and staffing once more. For the first time, Darden has 98 percent of the Cheddar’s units with a managing partner or general manager in-store. “We're getting close to fully staffed. We're stopping the churn. We still have the 10 restaurants that we acquired in Georgia that are still down double digits. We expect that to lessen as we moved through the years. We've stabilized those restaurants with leadership,” Lee said.

Although Cheddar’s retention rates haven’t gone backward, they also haven’t made the improvement Lee hoped for. This, again, comes back to the bar Darden set for Cheddar’s.

“I think what we’re struggling with both at the team member and management level here is expectations, right? We’ve come in, we’re starting to put in some structure and some processes, the expectations are a little higher,” Lee said. “And so, when you go through this kind of turnaround, you do end up losing some management along the way. Some of the management that was in the system was tethered to the old management. They had worked with them before and when you make those changes those folks leave.”

Those human resource metrics should head toward Darden norms as staff flips over. “And when we see that, I think our operations will improve. It took us a couple years to make those improvements happen in Yard House. And I expect that we’ll make progress here over the next 12 months,” Lee said.

It’s been basic gaps, like effective training programs. Cheddar’s not having a certified trainer program similar to the one it has in its other businesses.

That’s currently being developed and implemented, which will ensure that “everybody that we hire goes through a great training program,” Lee said.

John Wilkerson was named president of Cheddar’s in July. He’s been in the Darden system for 25 years, most recently serving as president of Bahama Breeze. He began as an hourly crew member at Red Lobster before entering Darden’s manager in training program and eventually being promoted to GM.

The change came when then-Cheddar’s president Ian Baines stepped aside. Baines was Cheddar’s CEO before Darden’s acquisition of the brand, and the former CEO and president of Smokey Bones—a concept Darden sold in 2010. He also worked at Brinker International and held the CEO post at Uno Restaurant Holdings in 2013. Baines was with Cheddar’s since 2014.

On the management note, Lee said Cheddar’s is not taking any managerial focus away from Darden’s other brands. They still have full management teams that have nothing to do with Cheddar’s, he said.

Get the message out

Rick Cardenas, Darden’s CFO, said the promotion-heavy advertising climate is having an impact on Cheddar’s top line as well. Lee echoed this sentiment, too, noting that larger brands are pushing very strong value messages in today’s marketing dynamic. “We're trying to figure out maybe how we might market the business maybe a little bit differently to increase our share of voice where everybody else is out there pretty loud right now, but we don't see anything major,” Cardenas said.

He added that cost managements have improved dramatically for Cheddar’s under Darden’s integration. “We're seeing food waste come down, we're just getting a labor management system up and running, so we think that we're going to see some cost benefits as we move forward in the next 12 months,” he said.