The Greene Turtle was founded 1976 on the boardwalk in Ocean City, Maryland.

The 43-year-old brand is ready to innovate.
May 2019 Danny Klein

Geovannie Concepcion, chief operating officer of barbecue chain Famous Dave’s, has left the company to head up The Greene Turtle, a 44-unit sports-themed concept, as president and chief executive officer, the company announced late Tuesday. Concepcion replaces Bob Barry, who’s stepping down after 12 years The Greene Turtle. He will remain a shareholder. “… Bob has been a passionate ambassador of the brand, embodying the tenets that have set The Greene Turtle apart as a restaurant and as a member of the communities we serve,” The Greene Turtle’s board said in a statement. “We are grateful for his dedication to the brand and his many years of service.” Barry joined the brand in 2007 as chief operating officer and held the CEO role since 2012.

Concepcion was the driving force behind many of 138-unit Famous Dave’s technology-forward changes in recent years. He’s been a member of the brand’s management team since April 2016, tasked mainly with store optimization and aiding Famous Dave’s refranchising efforts, as well as implementing online ordering and delivery. Before Famous Dave’s, Concepcion held a variety of roles with Greenwich, Connecticut-based Wexford Capital LP in the private equity group and global macro hedge funds.

As Concepcion told FSR previously, he wasn’t a restaurateur by trade when he joined the company. Either was CEO Jeff Crivello, who assumed the role last February (he was the CFO PW Partners Capital Management).

“We came at it with a blank slate of, what are the key issues we need to solve here? And how do we make the organization itself more entrepreneurial and able to deal with exploring all these different types of paths?” Concepcion said. 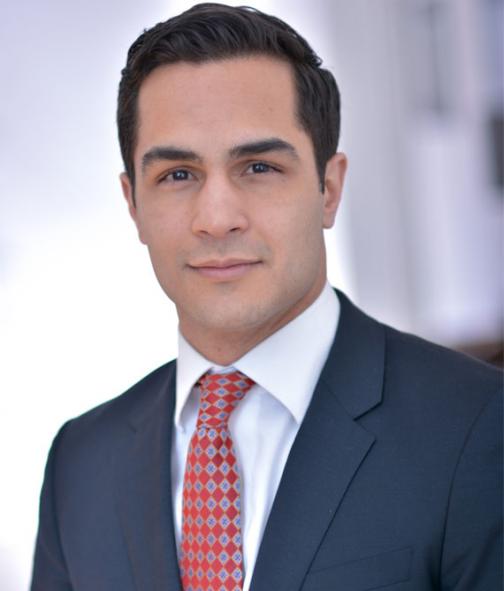 That meant evolving Famous Dave’s into a restaurant brand comfortable operating like a technology company. Virtual and ghost restaurants are planned for 2019 to capitalize on third-party delivery opportunities. A fast casual also recently debuted.

The Greene Turtle, founded 1976 on the boardwalk in Ocean City, Maryland, said it’s now focused on many of the initiatives Concepcion championed at Famous Dave’s, including marketing, IT, franchise sales, and training.

Concepcion also helped Famous Dave return to profitability in May 2018. To that point, where it reported net income of $998,000, the company was riding a negative streak that trailed back to the second quarter of 2016.

This past year, same-store sales decreased 1.4 percent at 127 franchises for Famous Dave’s. They lifted 2.7 percent at the remaining 17 corporate units. Notably, the Minnetonka-based brand earned $1.1 million during the final three months of fiscal 2018. The year before, Famous Dave’s was in the red for $1.5 million.

In Q4, traffic at company restaurants rose 6.3 percent, year-over-year, to go along with a 2.2 percent uptick in same-store sales. Traffic rose 4.2 percent for the year.

This past quarter, Q1 of 2019, Famous Dave's company-run same-store sales increased 1.3 percent, driven by a 10.2 percent jump in to-go sales and 12.6 percent in catering. Franchise comps were flat, year-over-year.

A lead target for Concepcion at Famous Dave’s was also to lower G&A expenses. The chain saw the figure drop to $2.1 million from $2.8 million in the prior-year period.  The company launched three new store prototypes during his tenure as well.

“I’m proud to have the opportunity to steer The Greene Turtle to the next stage in its evolution,” added Concepcion, who is also joining the company’s board. “This is a brand that has enjoyed widespread recognition and allegiance across generations of families, friends and sports fans for more than 40 years. We have a great foundation to build on, and I’m eager to work with our staff and franchisees to strengthen operations, increase our appeal, expand our footprint and improve our bottom line.”

Back in October 2018, The Greene Turtle had 47 locations and said it had deals in place to add 13 more with its Philadelphia franchisee, The Integritty Group, and 10 additional restaurants in North Jersey (a separate deal covers the rest of the Garden State). Of the 47 stores, 12 were company run.

The brand posted total company sales of $125 million the previous year on $2.74 million average-unit volumes. Barry told FSR The Greene Turtle was slowing growth from a steady pace of 4–5 restaurants per year, which it enjoyed over the previous five. The company, at the time, expected to debut roughly two restaurants in 2018 and 2019, it said.

Barry added The Greene Turtle was focusing on delivering broader experiences that didn’t rely solely on TV viewing. This as the sports-bar category faces heightened challenges from at-home dinners and rising competition.

READ MORE: Why it's a New Era for America's Classic Sports Bar

Barry said the company sold more than 250,000 shirts systemwide in 2018. It has a store on 116th Street and Coastal Highway in Ocean City that has been open 25 years. A 6th Street and Boardwalk location has stood for more than a decade.

The Greene Turtle also recently changed the look and feel of units to reflect the shift in its business. Less TVs. Brighter spaces. Subtle changes that don’t alienate loyal guests. One being, for instance, a Pennsylvania restaurant where The Greene Turtle toned down décor a bit and instead highlighted some local pieces. Drawings on the wall of famous athletes who came out of the city, like Reggie White and Julius Erving.

And while sports remain a big part of the experience, the TVs are used for additional guest interactions, like trivia or market messaging, and interaction with mobile applications.

The company launched online ordering in August 2018. To that point in October, to-go business had increased 100 percent in two years. Delivery rose 25 percent in the two months prior.

In 2018, The Greene Turtle also cranked up its authentic approach and introduced a new menu with build-your-own lunch options starting at $7.99 that allowed diners to pick an entrée, side, and extra, like a salad or more meat