Glory Days Grill is targeting growth east of the Mississippi.

Glory Days Grill, the Growth-Ready Brand You Can't Pass By

Despite being founded in 1996, the family-friendly sports bar is a newcomer to the franchise scene. That's about to change.
August 2018 Danny Klein

The differentiating points of Glory Days Grill are difficult to miss. How many sports-bar concepts in America have a TV tuned to Cartoon Network at all times? For Mike Halpern, though, the task had extra layers. He wasn’t there just to admire a nearly 25-year-old brand; his goal was to survey its pulse as a restaurant with real franchise potential.

Formerly VP of Franchise Sales with Fransmart, the company that helped scale Five Guys and Qdoba into industry giants, Halpern is currently CEO of Franchise Freeway, a group he founded in 2006 for opportunities just like this one. There were a couple of things that immediately caught his eye about Glory Days Grill.

Firstly, the rock-solid unit-level economics. And then there was this key draw: There are just three franchise partners currently in the Glory Days Grill system. But one of them is a group directed by Bob Basham, co-founder of Outback Steakhouse. In the past four years, Basham and his partners have opened eight Glory Days Grill restaurants in Florida around the greater Tampa, St. Petersburg, Lakeland, and Sarasota areas, with two additional units on deck for 2018. They have intentions for 30–50 restaurants, and Halpern says there’s no reason to doubt the target. “This is a guy who doesn’t have to work anymore,” Halpern says. “And he decided to partner with Glory Days to grow it. That tells you something.”

In June, Halpern’s company signed an agreement with Glory Days Grill, which runs 20 company stores in Maryland, Virginia, and West Virginia, and has 11 franchised units in Florida (eight), North Carolina (one), and Virginia (two). He believes the company can put 85 new franchise units in development over the next 5–10 years, focusing east of the Mississippi and especially on the markets it already has a presence in. Primarily, Halpern sees this unfolding with three- to five-unit development deals. 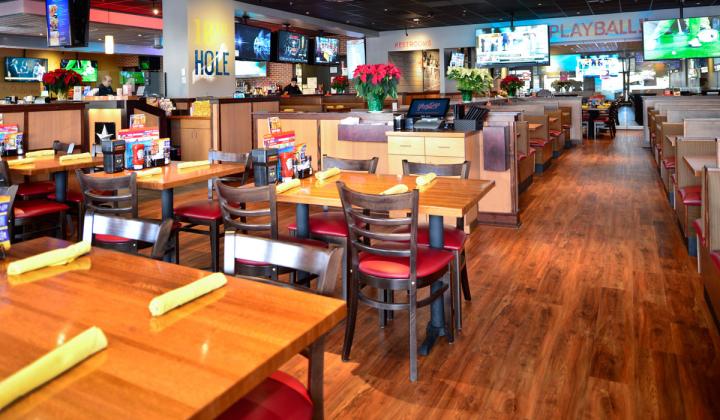 Beyond those noted points, Halpern jumped to get involved. The more he peeled back the layers at Glory Days Grill, the more appealing it became. Its three founders, Richard Danker, Robert Garner, and Jeffrey Newman are still intimately involved. Danker is more focused on the marketing angle, while Newman deals with site selection, contracts, and lease negotiations, and Garner is the operator at heart, who can walk into a store and point out what needs to go where, when, and how. There’s also executive vice president Gary Cohen. He joined in 2006 from That’s Amore Restaurants. Combined they boast more than 120 years of combined restaurant experience.

With this executive team in tact for two-plus decades, Glory Days Grill has guarded its defining traits.

“There are casual dining restaurants for miles,” says Charissa Costa Bauhaus, director of marketing at Glory Days Grill. There is also no shortage of sports-bar concepts on the market.

“But what the founders wanted to do when they started the company was make a sports restaurant with excellent food. We never cut costs on food. Excellent ingredients that really cater to everybody,” she adds.

Glory Days Grill’s company chef, Tony Cochones, was a former cook for the Secretary of the Army at the Pentagon and a farm-to-table pioneer in the 1980s at Perry Restaurant Group. Find that somewhere else in this corner of the industry. Glory Days even auctions his cooking services during an annual charity event each year. He’s commanded $10,000 in past events.

At Glory Days Grill, Chef Cochones has created a diverse menu that appeals to the sports fan, but also doesn’t box out the rest of the family. There’s fresh-cut salmon to go with 11 different types of wing sauces. Six salads, tacos, chili, ice cream sliders, burgers, mac & cheese, and rotating seasonal offerings are also part of the lineup.

Glory Days Grill takes this inclusive notion well beyond the food. Each table has a speaker where customers tune into one of the 40–50 TVs of their choice, and control the volume. So each table listens to whatever they want, free of their neighbor’s pick. Or they can flick the volume off and enjoy a quiet meal.

“It allows us not to have that crazy, loud environment. But everybody still gets exactly what they want,” Costa Bauhaus says.

As Glory Days Grill expands, Costa Bauhaus says it will land in markets where guests recognize the brand, as well as places where diners mistake it for a single-unit operation. That’s one of the benefits of a relatively untold story, and Glory Days Grill can stand out either way, she says.

“If you support the people who are your neighbors, they will in turn support you." — Charissa Costa Bauhaus, director of marketing at Glory Days Grill

One of the reasons for this is a marketing strategy she says is “different than anybody else.” Glory Days Grill doesn’t air flashy TV commercials. It might do a local radio spot here and there, but the bulk of its advertising spend doesn’t flow through traditional mediums. What Glory Days Grill requires of its operators is to sponsor a minimum of 10 local sports teams a year. She says it’s usually closer to 40. But anything from Little League to adult softball to bowling works. Glory Days Grill will give them $200 and they’ll get a logo on a T-shirt. The kickback is far deeper. Costa Bauhaus says they’ve found these sponsored teams will come in throughout the season. They’ll bring their friends, relatives. “If you support the people who are your neighbors, they will in turn support you,” she says.

Glory Days Grill has become, in response, “The Cheers of the neighborhood,” a sentiment Costa Bauhaus and Halpern both shared separately. Halpern says he’s seen it work in suburbs and rural areas. “Well, people travel 10 miles to come to the restaurant,” he says. “It’s a destination.” 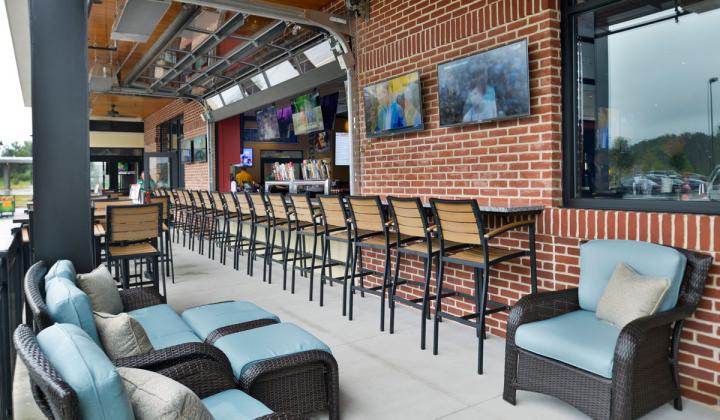 There are currently 20 company-run and 11 franchised Glory Days locations. 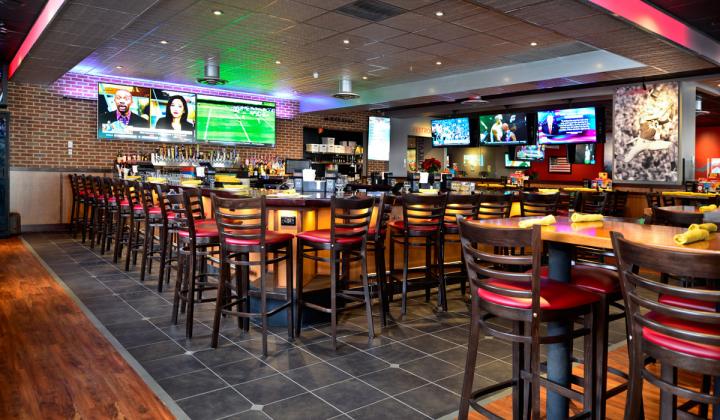 Glory Days Grill wants to have 85 new franchise units in development over the next 5–10 years.

Locations are designed with a separated space for event occasions, an ideal fit for local teams to come and hand out awards, or anything else that fits this community vibe. Just in the past year, Glory Days Grill gave back $400,000 to its community through various programs.

“We’re a family grill and the founders make it very clear that we’re not a sports bar,” Halpern says. “They really have always felt that there’s a difference between a family restaurant that has a sports bar versus the other way around. We don’t have the scantily clad women. It’s a family environment. And that’s what it’s always been and always will continue to be.”

Halpern was as impressed with the infrastructure as he was the ideals. Glory Days Grill invites all of its franchisees to train locally. It will send a team down if that doesn’t work. In addition, there is a Glory Days Grill Playbook app developed for employees to access on their mobile devices. It features real-time updates, with videos from Chef Cochones on how to prepare and plate food. After watching a video, the employee will fill out a quiz and move on. On the corporate side, Glory Days Grill can see which franchisees are taking the time to look at the content it pushes out, who are passing the tests, and who aren’t.

Like the model made famous by Outback, and later instituted by Texas Roadhouse and Metro Diner, among others, Glory Days Grill also runs a managing partner program that offers a buy-in with investment. After a period of time, those employees can participate in earnings from the store on top of their salary.

“It puts a lot of skin in the game for the operators, because they know if they’re able to maintain their margins and grow sales there’s a huge upside of $30–$40,000 a year in bonus on top of a pretty competitive salary,” Halpern says. And Glory Days Grill doesn’t just let anybody join it. “They have to show that they’re capable of running a team and building sales and really becoming an ambassador for the brand,” he adds.

Halpern says his goal is to seek experienced operators with experience in casual dining or some of the largest quick-service players—people who have already built up a market and are looking for a new concept to diversify into, and who understand the franchising business.

“I really think they have a system that if we put it in the hands of the right operators with the right real estate, it works. The economics are there. It’s just a matter of finding the right people to partner with us,” Halpern says.