A fast-casual spinoff will open soon in Massachusetts.

Around this time last year, the COVID-19 pandemic pushed Friendly’s to the edge.

After losing money and repeatedly borrowing under its credit facilities, the 86-year-old concept declared bankruptcy in November despite efforts to reduce cash burn and restore profitability. For $2 million, the roughly 130-unit chain was placed into the hands of Amici Partners Group, which is affiliated with Smoothie Factory and RedBrick Pizza parent BRIX Holdings.

Craig Erlich, who was installed as president and CEO in January, says the new era began with a great reception, whether it was franchisees, corporate employees, local restaurant teams, or customers. He and his executive team traveled to as many stores and franchises as possible to not only convey where Friendly’s was headed, but to also understand the opportunities and challenges everyone faced.

“It was a great opportunity for me to communicate one on one, and we have made a lot of changes since then, and we've increased the communication to the system so that everyone really understands the direction we're going and also why we're going there,” Erlich says.

Those changes that Erlich refers to revolve around multiple rounds of innovation, starting with the menu. To begin 2021, Friendly’s leveraged its nostalgia by bringing back what he describes as an all-star lineup of LTOs that were popular in the past, including the Heinz 57 Burger, Vermonter Burger, Hot Honey SuperMelt, Maple Pepper Bacon SuperMelt, Buffalo Chicken Entrée Salad, and Asian Chicken Entrée Salad.

The “Fan Favorite” entrees, available from March until June, were viewed as an opportunity to regain credibility and trust, according to Erlich. The same is true when Friendly’s released make-your-own sundae kits ahead of Mother’s Day, Father’s Day, and graduation season, and a summer menu filled with seafood selections like the Buffalo Shrimp Quesadilla and new ice cream flavors, Superman (swirl of red, yellow, and blue fruit punch flavored ice cream) and Summer Breeze (lemon ice cream with lemonade flavored sea shells and graham cracker swirls).

To cap off 2021, the chain recently rolled out another lineup of LTOs, including Aloha Stir-Fry, Cajun Jazz Pasta, Steak Tips, and the Nutty Buddy Sundae.

“We have hearty comfort cuisine, fun-themed ice cream treats for the kids,” Erlich says. “And we have a robust menu launch for 2022, so it's a sneak peek of what we're going to be doing for next year.” 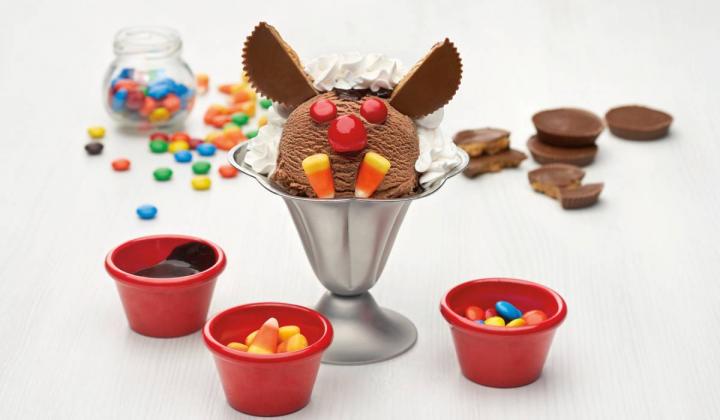 After investing in product news, Friendly’s drew customers in with a new Sweet Rewards Club loyalty program in which customers earn one point for every dollar spent and a $5 reward for every 75 points. Since launching in June, the program has received more than 500,000 signups and given away more than $1 million in free sundaes and Fribbles—a notable improvement over the previous program that relied on an email-based coupon system.

Further doubling down on technology, Friendly’s revamped its off-premises strategy with a curbside delivery component, something Erlich says will be an asset in the Northeast once winter arrives. And to provide greater visibility and access to customers on a local level, Friendly’s created Facebook pages and individual websites for restaurants.

Each of those implementations were an effort to reach Friendly’s core consumer—anybody and everybody.

“I think when you look at families and you just look at the memories that were created by the visits to Friendly's over the years, first dates, children's birthdays, everyday celebrations for adults—I think our customer can be anybody,” Erlich says. “When you look later in the new technologies of social media and some of the loyalty programs and some of the other components that we've launched this year, we're really going to go after everyone.”

With the brand transformation fully underway, Erlich believes unit development opportunities are starting to present themselves. Roughly 30 years ago, Friendly’s had 850 stores. When Sun Capital Partners purchased the chain in 2007 for $337.2 million, there were 515 locations. Then approximately two and a half years ago, the brand operated 173 locations.

Erlich says the development team is utilizing a two-pronged approach, with the first part focusing on stabilizing existing units and maximizing their performance. The other portion of the plan is layering in new channels of growth.

Soon, Friendly’s will debut a fast-casual model in Westfield, Massachusetts, built for quicker service and a more robust curbside and third-party delivery program. Erlich says the company was able to reposition a restaurant within the community and find better use of real estate. When the restaurant opens, Friendly's will join a growing list of brands turning to fast-casual offshoots as a form of growth, including Flip'd (IHOP), Hoots Wings (Hooters), Buffalo Wild Wings Go, and P.F. Chang's To Go. 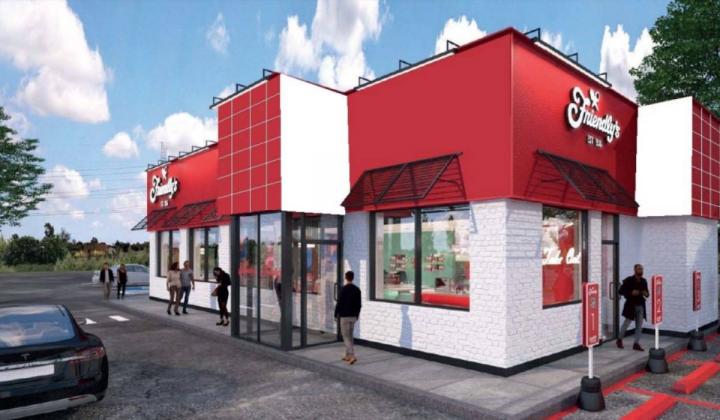 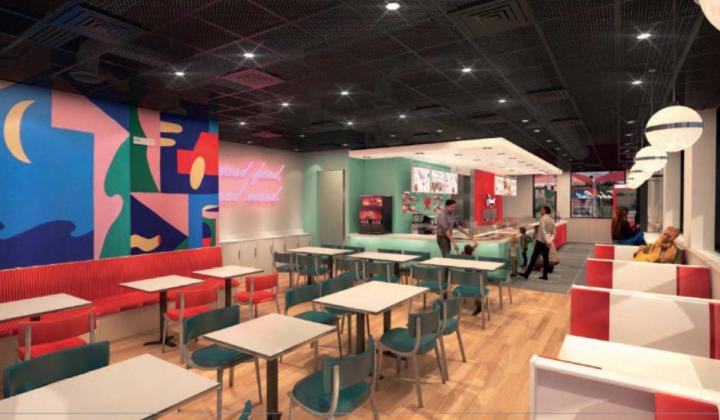 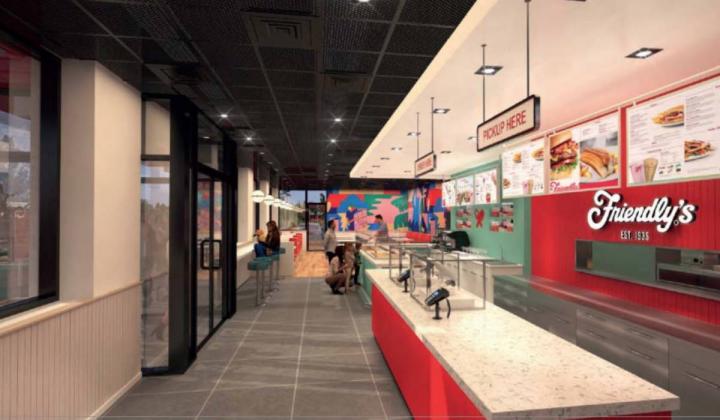 In addition to brick-and-mortar, Friendly’s is looking to open a handful of ghost kitchens throughout the Northeast to “plug any holes” where it doesn’t make sense to build a traditional restaurant. The first one is in Philadelphia, and a second location will open in Boston. The chain is also utilizing BRIX's portfolio of premium brands by inserting Smoothie Factory as a virtual brand inside two restaurants in Connecticut. Early tests have brought forth positive feedback, which means the ghost kitchen strategy could expand to more Friendly’s locations.

“I think when you look at the way our operations are today, implementing a brand such as Smoothie Factory was an obvious fit,” Erlich says. “It's a nice balance. If you look at certain restaurants that are in the gym, healthcare, health and fitness markets, smoothies tend to do very well there. Smoothie Factory right now is more of a regional brand down in the Midwest, but expanding into the Northeast, it seemed like a natural fit and synergy between our restaurants and our operations. I can tell you that just out of the gate, we've had some success and we're continuing to observe.”

The Amici team took on a brand that declared bankruptcy twice in less than 10 years, and Erlich is mindful of that past. But he also voices the importance of using available tools that weren’t present when court restructures took place.

Erlich likes the use the phrase, “Let’s think like a rookie," and prefers to guide the company without letting past experiences get in the way of forward progress. He believes it's wiser to proceed with a balance of both.

“I think for me, it's really been rewarding,” Erlich says. “From the beginning to talk about some of the strategies and things that we were going to implement, and now nine months in, to see all of the things that we were able to implement in such a short time and the positive feedback we've received, it just feels really good. I think the feedback has been positive. We're moving in the right direction and we're really, really excited for what we're anticipating for 2022.”