Famous Toastery is ready to take the brakes off its growth in 2019.

One of the nation's fastest growing franchises is ready to kick things into high gear.
November 2018 Rachel Taylor

When Brian Burchill and Robert Maynard opened the first Famous Toastery in Huntersville, North Carolina, in 2005, they had no idea they would be where they are today. The duo wanted to open a better-breakfast restaurant that excelled in excellent service and food.

Almost 13 years later, the company has fine-tuned that vision—a combination of fresh-made never processed food, along with superior hospitality, and a boozy beverage element. Maynard says the model is so popular that potential franchisees keep knocking at the door.

While the duo would like to say they happily stumbled on success, they attribute the restaurant’s rise to years of hard work and trial and error. Rapid expansion and growth really kicked into high gear in 2014. Co-founder and chief executive officer Robert Maynard says Famous Toastery is now one of the fastest growing better-breakfast franchise in the country.

READ MORE: The breakfast wars heat up for full-service restaurants.

The company had three stores in 2014. Four years later, there are 34 Famous Toasterys, a mix of corporate and franchise stores.

“We’ve been on pretty much a tear over the last couple of years,” Maynard says. “We are officially the fastest growing better-breakfast franchise in the country and we don’t even utilize any kind of lead generation, have a sales team, nothing. We just get so many inbound calls that it’s pretty amazing. In the franchise business, people talk about having a lead generation tool and spending money on this and that. We’re in the opposite direction where the calls just keep coming in.”

Many perspective franchisees are attracted to the business after eating in a Famous Toastery, he says. They try it and want in. With no advertisement or sales team, Maynard and Burchill attribute Famous Toastery’s growth to word-of-mouth generated by customers sharing their dining experience.

“Breakfast, in general, is the only part of the food business actually up year-over-year,” Maynard says. “We would love to say we’re geniuses and we picked this all and we knew it was going to happen, but that’s not the case. We were kind of in the right place, right time. We obviously have been very fortunate to run some really great restaurants and execute those restaurants and it has really fueled growth.”

“I believe everybody should be all fresh but since we’ve done that since 2005 its second nature to us and we just get better and better and better at it which puts us in a league of our own." — Robert Maynard, Famous Toastery CEO. 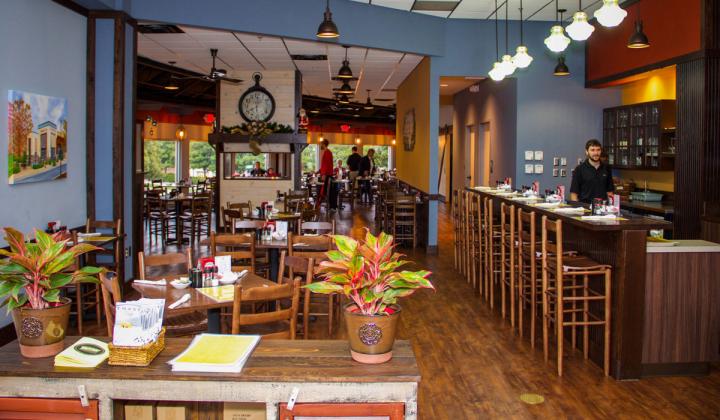 Over the past 12 months, 12 Famous Toastery locations opened and the company expects to do at least that many openings in 2019.

Maynard notes their recent growth was with the “breaks on.” The pair refined their expansion plan for the restaurant going into 2019. “We definitely hit the brakes and we’re actually going to start taking the breaks off going into 2019,” he says. “So, I think our growth will really start picking up in 2019.”

Over the past 12 months, 12 Famous Toastery locations opened and the company expects to do at least that many openings in 2019. The Southeast and East Coast will be the main areas of expansion. However, the company isn’t opposed to looking at areas outside of these regions if the deal seems right, Maynard says.

“A lot of people that are interested in our brand actually come to it and experience it,” Maynard says. “And they’re like ‘Wow we’d like to do this,’ but then you get a lot of people that read about us in FSR magazine or CNBC and then they call us.”

“Mostly now we’re talking to and working with multi-unit franchisees across the country. If a gentleman wants to open up one store in Idaho probably not going to do that deal, but someone who’s looking to do a 25-store deal those are the people were talking to now,” he adds.

Over the summer, Maynard and Burchill saw the opportunity to fill a space in the better-breakfast market in Long Island, New York. Famous Toastery opened in Commack, New York, a few months ago near their childhood home in Long Island. This location is special for the pair because it’s only three towns down from where they grew up, Burchill says.

However, it wasn’t just a love of their childhood home that brought them to the spot. Maynard says there are plenty of opportunities to expand Famous Toastery’s across the Northeast. New York is just one part of the Northeast expansion. Franchises in New Jersey, Pennsylvania, and Connecticut have opened over the past year and more are in the works in the near future.

“We’re seeing a massive opportunity out in Long Island [because of] A. lack of competition and B. lack of what we do,” Maynard says. “There’s not a lot of people who do what we do, so we see an opening on the whole East Coast. A lot of these companies don’t want to focus on the East Coast. They don’t know the real estate as well and it’s a little more expensive. We know our brand, we know what we bring to the table.”

Even as the business grows, Maynard and Burchill are still hands-on throughout the opening process and after the restaurant opens.

“We’re a bootstrap company. You’re going to see Rob and I and the leadership team getting in there and getting dirty doing everything that we can do from the inception of the restaurant to the end to the process and everything. We’re very, very hands on and we want to keep it that way for now,” Burchill says. “People open restaurants left and right, but if you don’t have the passion and heart to follow and just keep on getting better and better for the customer then you’re not giving 100 percent to them and then, why do it? So, it’s taken a while for us to get to that level.”

From the beginning, the restaurant was preparing food fresh and from scratch each day. You won’t find any fryers or freezers in a Famous Toastery kitchen. While that business model is common today in restaurants, back in 2005 this type of fresh cooking was ahead of its time. From day one, the restaurant roasted its own turkey and corned beef in the kitchen. Maynard says they fly in fresh lobster so guests are always getting the best dishes made from the freshest ingredients when they dine at Famous Toastery.

The continuous popularity of brunch paired with boozy beverages in recent years has played well for the brand. From the beginning, the development of the bar was just as important as the food part of the company. Along with a menu of signature cocktails, Famous Toastery also offers wine pairings to go along with different dishes. Burchill says the beverage program has been a “big success” for the brand. 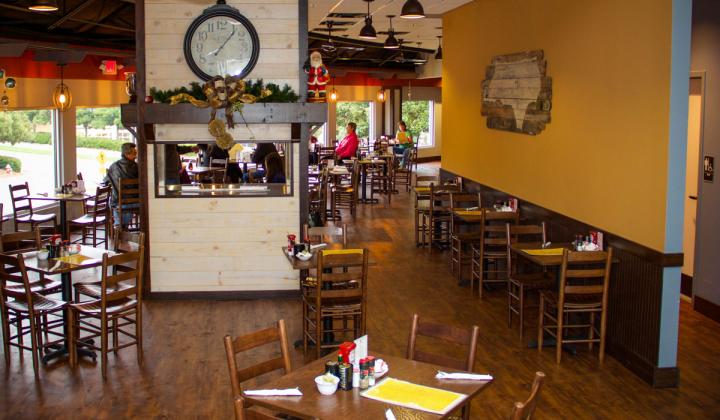 One way Famous Toastery has elevated the customer experience is with quick ticket times.

Burchill adds that growth in the beginning was slow because it took time to develop this specific system. Building relationships with vendors and creating effective systems did not happen overnight. Perfecting service in the front of the house also took time, Burchill says.

“It’s taken a lot of time to develop the system that we have in place. We’re more than just opening up a breakfast restaurant. We have a very specific service model. Our food through the years have gotten greater and greater with freshness,” Burchill says. “Our motto is ‘Where every server is your server’ is definitely very performance based service, so seeing it grow from where we were four years ago, but not only four years ago back in 2005 is amazing for us.”

One way Famous Toastery has elevated the customer experience is with quick ticket times. “Our goal is to get a 3–6 minute time from when you order and that the food gets to the table,” Burchill says. “we execute it and we do it well. You know, it’s not an easy task, but the systems we put in place it’s attainable. It’s basically a performance—a show we put on that’s what we call it.”

Maynard describes Famous Toastery as “the antithesis of a greasy spoon,” which he believes is what people want right now. “The difference between us and let’s call it our competitors, is we were doing this in 2005,” he says. “Meaning everything made in-house, fresh, roasting our own turkey that is something we did from the beginning. Cooking every egg in a pan. It’s very, very, very hard to execute that for 15 years.”

Off-premises growth is another area where the company continues to expand and capitalize on different opportunities. Third-party delivery is already a part of the business, but a new online ordering system on the company website offers a fresh way for customers to experience the brand. Currently, this service is only available at a few locations, but a systemwide rollout is slated for the future.

Catering is also a strong area where the company sees continuous success. Restaurants close down by 3 p.m. each day, which means the company can cater everything from business parties to dinner parties. Famous Toastery catering is also popular at weddings and holiday parties.

“We just rolled out a new catering menu, catering program,” Maynard says. “Because our store closes at 3 o’clock we have the ability to do a lot of events. We also have a full bar, so it really helps with weddings, Christmas, etc.”