BBQ Holdings' will soon grow its portfolio to six concepts and more than 280 brick-and-mortar locations.

Jeff Crivello, CEO of Famous Dave’s parent BBQ Holdings, has been a fan of Bakers Square for more than three decades.

He loves the pies. Family members have even worked for the brand. So two years ago, he put together a presentation for his board of directors, and told them, “There’s nothing more American than barbecue and apple and peach pie, and we’ve got the barbecue, but we need the pie."

However, it wasn’t the right time for Bakers Square to sell. BBQ Holdings contacted the brand again in early 2020, but that timeline didn’t quite match up either as the parent of Village Inn and Bakers Square initiated a bankruptcy process. But as the saying goes, “the third time’s the charm.” After a months-long process, BBQ Holdings agreed to acquire both Bakers Square and Village Inn for $13.5 million, growing its portfolio to six concepts and more than 280 brick-and-mortar locations.

“Over the last 35 years, it's been a culmination of coming together to the right place and the right time, and it just so happened to be right now,” Crivello says. “So we're excited. We're ecstatic to be adding the Bakers Square and Village Inn brands to our portfolio.”

“You hear Famous Dave’s and it’s synonymous with ribs. You hear Bakers Square and it's synonymous with pies,” he continues. “So there's some proprietary aspect that instantly you think about when you hear the brand name.”

Craig Barber, CEO of Village Inn and Bakers Square, says that in recent years, both brands were focused on building a healthy structure and stable foundation as opposed to a sale. While the chains stood the test of time—Village Inn, 63 years, and Bakers Square, 52 years—leadership wanted to refresh core elements and avoid stagnation, something that happens with legacy chains, Barber explains. 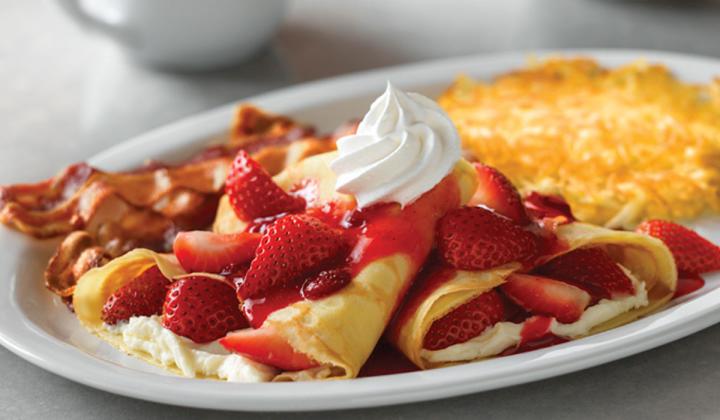 Village Inn refranchised more than 30 stores during its restructuring process.

Amid that restructuring process, one of the more notable shifts was Village Inn’s refranchising strategy. Franchisees bought more than 30 company-run units, putting the current count at 121 franchised stores and 14 corporate locations. The point of the move was to put the brand into the hands of second and third generation operators and engage them with brand advisory councils focused on operations, marketing, and remodels. Village Inn also started new virtual concept Village Bowls, which sells a variety of breakfast, lunch, dinner, and yogurt bowls.

The upgrades proved fruitful during the pandemic.

“As we came through COVID, what we saw was that most of the brands, and particularly Village Inn, tracked really closely with the other mid-scale family competitors,” Barber says. “So we knew that while everybody was struggling with the restrictions on feeding and 6-foot distances and all of those elements, the brands were staying in the game and were showing good strength and came through with some really good numbers through the early part of this year, and particularly of late.”

In terms of how Village Inn and Bakers Square fits into BBQ Holdings’ growth plans, Crivello believes the chains would be a good bolt-on for franchisees. He notes that many Famous Dave’s operators oversee a host of other brands like Applebee’s, Popeye’s, and Panda Express. They’re always looking to add to their portfolio, and Crivello says it’s much easier to work with one team for multiple brands instead of multiple teams for each brand.

BBQ Holdings also has different avenues of growth. In addition to the typical brick-and-mortar stores, the company expects to open 15 ghost kitchens this year. Crivello explains that if there’s enough demand for those ghost kitchens, they could develop into dual concept restaurants.

The reason for the dual concepts and ghost kitchens is that Famous Dave’s 6,500-square-foot layout is designed to attract higher AUVs than its current $2.7 million. The same is true for Granite City, which is around 10,000 square feet and should be obtaining $6 million in AUV. 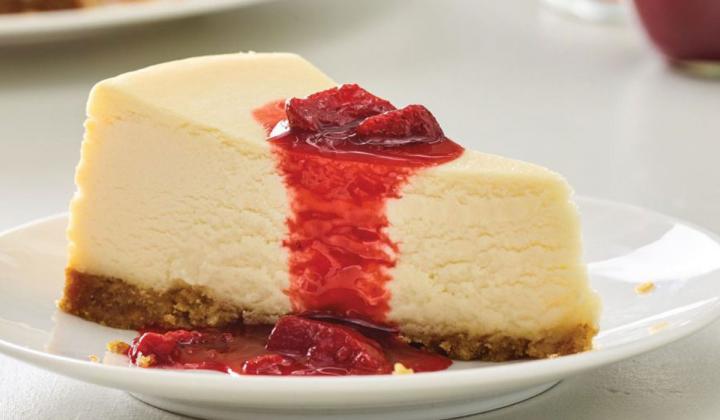 BBQ Holdings has previously indicated that it wants to combine Granite City with a high-end breakfast brand that also sells alcohol. The breakfast restaurant would be open from 6 a.m. to 2 p.m. while Granite City would open from 2 p.m. to 11 p.m. The goal would be to open 10 of these restaurants. BBQ Holdings estimated such a deal could generate $1.5 million in additional revenue with 25 percent flow through and $375,000 in additional EBITDA per location.

However, Crivello isn’t sure yet whether Village Inn is the breakfast concept that goes into Granite City locations.

“We got into this transaction, and we thought well if we're going to create a new breakfast concept, maybe it becomes a new prototype of Village Inn,” Crivello says. “It really hasn't been fleshed out yet. But one breakfast concept will make its way to Granite City."

Crivello says there’s a right time to grow organically and a right time to leverage M&A, and BBQ Holdings has chosen the latter recently because it’s been the path of least resistance.  Once leases, construction material, and labor soften, the CEO thinks the pendulum will swing back to organic growth. As for future acquisitions, Village Inn and Bakers Square will take several months to digest, Crivello says. There are smaller moves that BBQ Holdings is working on here and there, but nothing on a grand scale.

In the meantime, BBQ Holdings will work on ensuring Village Inn and Bakers Square succeeds in the breakfast daypart.

“Breakfast has been probably the hottest segment for the last maybe five years. It's great for business, it's great for careers because a lot of these breakfast concepts are open 7 to 2, and it allows for someone to be home to get the kids off the bus at 3 o’clock and be at after-school functions and be at the dinner table each night,” Crivello says.

“We struggle to keep a lot of our good team members at these types of concepts just because it's such a large shift in your lifestyle,” he adds. “And so again as we talk about businesses that are easier to open, I would say this falls in that category just because you're going to get the cream of the crop from the team members that make a career out of working in the restaurant."