Growler USA is changing about a third of its menu as it pushes toward expansion.

The beer-centric franchise is overhauling its menu as it preps for national growth.
October 2018 Danny Klein

Growler USA, as the name suggests, has the beer part covered. Yet even in an industry as compelling as craft beer, you could argue the concept had it too covered. As in the suds-focused name soaked the rest of its features, including the basic fact Growler USA is a full-service restaurant.

John Kutac, the Colorado-based microbrew pub’s president, who joined in March, admits there was a certain level of consumer confusion involved. “Our name can be a little misleading,” Kutac says. “People say, ‘Oh, I didn’t know you had a full menu. I didn’t know kids were welcome.’ And we actually have a very strong menu with high food quality because we want to deliver inspired pub fare to our guests. And so the way we talk about it internally is that Growler USA is an enthusiastic gathering place for food and beer lovers alike.”

The question now becomes how can the rapidly growing franchise educate its consumers? Bringing on Kutac was a start. He replaced Dan White, who founded Growler USA and directed the opening of 21 stores (there are 24 currently). Before Growler USA, Kutac was chief operating officer of wellness company WellBiz Brands Inc. Previously he spent 10 years at Romano’s Macaroni Grill and Brinker International, where he worked his way up to managing partner.

Growler USA and its 100-plus taps dedicated to American-made craft beverages, as well as hard cider, draught wine, and, recently, kegged cocktails, clearly does that in regards to the drinks. But Kutac realized there was whitespace in the food message. However, before sharing with the public, Growler USA wanted to elevate its menu to a place unreached in most craft pubs around the country.

The brand conducted an extensive consumer design and focus session in Denver to “really establish who we were very clearly,” Kutac says. “And then set a path going forward with that in mind.” 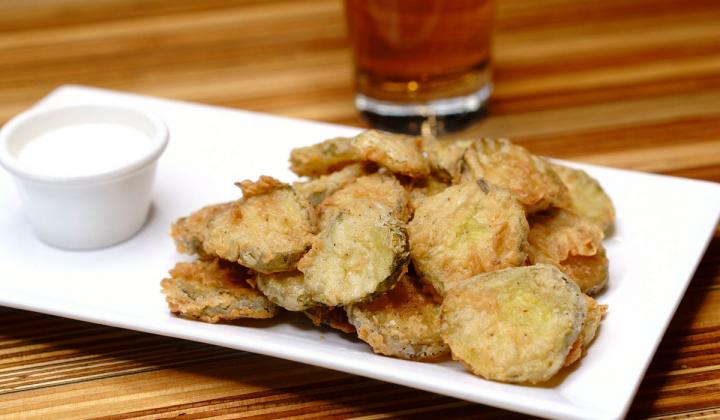 "Inspired pub fare" is the guide for Growler USA's changes.

The results suggested a menu overhaul that changes a third of the offerings between removing, replacing, upgrading, and tweaking staple items. In that focus gathering, Kutac says the term “craft” kept coming up.

“What we were trying to find out is what is our food? Are we just American? We felt we could deliver what we’re calling ‘inspired pubfare.’ And what that does is that allows us to have a recognizable term that people can understand what that looks like,” he says. “But it doesn’t limit us to let’s say, nachos and Mozzarella sticks or something along those lines. We’re going to take things and elevate them.”

The names are still a work in progress, but Growler USA is working on a Brussels sprouts dish that’s crispy fried Brussel sprouts tossed with lemon vinaigrette and finished with bacon and cojita cheese.

One with Nitro BBQ sauce, thick-cut bacon, and cheddar, all topped with crispy onions.

The next has housemade guacamole, mayo, and provolone cheese, garnished with tortilla strips.

Lastly, a burger with Jalapeno coins baked in a Parmesan crisp with a kickin' aioli.

Kutac estimates the menu revamp will take about nine months from planning to implementation. He wants to make sure Growler USA gets it right, as opposed to getting it quick.

The chain did product mix data reporting to see which items should go and which should just be modified. It then, in addition to the consumer points, opened up a comprehensive field survey that Kutac was pleasantly surprised to see 100 percent participation in from operators around the system.

“It went through all the factors,” he says. “How important is a different lunch menu for you to bring in a clientele during the day that might not be a beer drinker all the way through? What would you add, what would you take away? Are you looking for higher price point items? How important is vegetarian, gluten free? We really wanted to get the voice of the operator earlier on.” 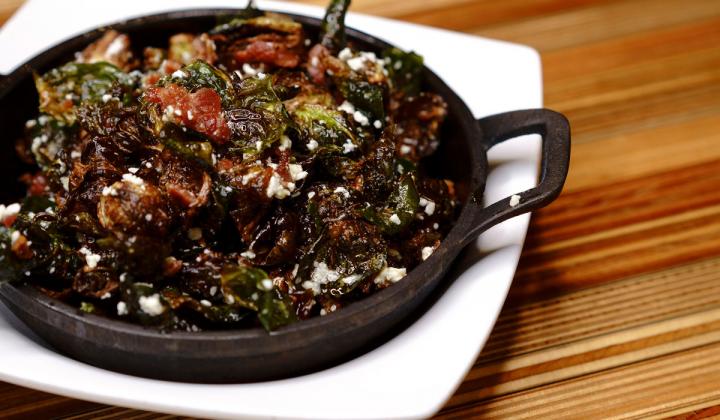 Growler USA made sure its operators had a voice in the menu changes.
"You need to eliminate the reasons why someone can say no to come to your establishment, and always give them a reason to say yes." — Growler president John Kutac on advice from Norman Brinker.

Once the results came in, Kutac says, the company spent 4–5 hours digesting the information and then built a perspective list. And that included what stays, what goes, what changes, and what is added. Then Growler USA picked six locations to test it for about six weeks. “That will also have consumer feedback as well as operational feedback from the owners, the chefs, the line cooks to the servers to the people who are ordering,” he says. “And then from there we’ll work toward a new menu redesign that is more up to date with look and feel.” Growler USA is hoping for a November launch date.

As for getting the message out, Kutac says Growler USA will, in this case, lean on its standing in the beer community. “We can just send a different message through the same advertising tactics that will bring in new and more consumers, and I felt it would be more effective than saying, ‘Here, we have food. I’m waving my hands.’ We just went through this incredible experience to bring an even more elevated menu to you, and that is a stronger message than hey, we have more than just beer,” he says.

Most of Growler USA’s locations use third-party vendors to handle social media and local-store marketing. Kutac sees the chain attacking this from predominantly a digital angle, targeting community placement.

“We’re small compared to a lot of other brands,” he adds. “You’ve got to get out and spread your own word. We want our owners to be able to do that.”

Growler USA might be a relatively small franchise now. Kutac, however, has designs to change that. He says the concept is on target to double units in an about 18-month period. After that, the goal is to double again in the following two years. In other terms, 60 by the end of 2021. Locations require 2,500 to 3,000 square feet of retail space, including back-of-house operations, and no prior food or restaurant experience is needed. The total investment range to open a Growler USA ranges from $556,148–$895,519, the company said.

One interesting thing Kutac has observed, on the craft beer side, is how the industry has shifted from some of its staples. Last year, beer sales overall declined, which was an irregular development, but craft as a percentage of overall beer sales lifted. “So even though beer maybe going down a little bit. The craft section is actually gaining even more ground as a whole,” he says.

According to the Brewers Association, a not-for-profit trade association dedicated to small and independent American brewers there were 6,000 breweries in operation last year, with 98 percent being categorized as small and independent, up from 5,300 the previous year. This accounted for 12.3 percent of market share for the beer business nationwide. At the end of 2017, a staggering 83 percent of the country’s population lived within 10 miles of a local brewery. And Craft brewers contributed $67.8 billion to the U.S. economy in 2016—a 21.7 percent increase from 2014. 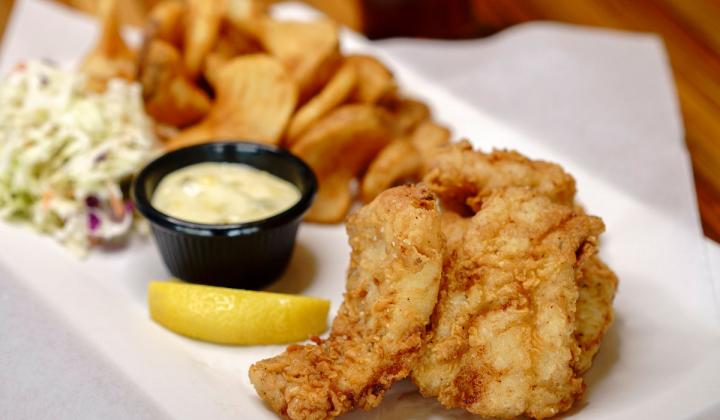 This is all good news for Growler USA, which doesn’t have a macro beer anywhere in sight. He’s also noticed growlers themselves (a container used to refill craft beer) in additional outlets, like grocers. What this points to is an opportunity for Growler USA to please a rapidly growing base, like it has already, and broaden its appeal. This includes food and the handmade-kegged cocktails featured at some stores.

“That can be a consumer group that might miss us if they only hear the craft beer message. That’s what we’re trying to change. And now, food enthusiasts and families are coming in because the food will be even better than it is now, which is already at a high level,” he says.