Keke's Breakfast Café doubled from 26 to 52 units in five years.

The a.m. eatery has averaged four to six openings in recent years, and the plan is to accelerate that pace in the coming years.

Before Denny’s announced its $82.5 million acquisition of Keke’s Breakfast Café, it spoke with nearly a dozen of its own franchisees about the move, and all of them responded with curiosity.

“Most said that they would be interested in opening,” CFO Robert Verostek said during the company’s Q2 earnings call. “Not one said, ‘What are you doing?’ Everyone said, ‘We get why you would do that, and we're not afraid of that at all.'”

Keke’s operators share that optimism, and don’t view the transaction as a “big corporate entity kind of trying to gobble them up,” Verostek said. Instead, the franchisees view it as the ultimate unlock for future growth, using Denny’s infrastructure to improve training, site selection, and buying power.

The concept has 52 restaurants in Florida, 44 of which are franchise restaurants owned by 19 operators. Keke’s earned an AUV of $1.9 million in 2021, up from $1.6 million before the pandemic, and unit-level margins range from the high teens to low 20s. The emerging company grew same-store sales 18 percent year-over-year in 2021, and 12 percent through May year-to-date. The most impressive stat, arguably, is the company didn’t close any restaurant in the past two years.

While Denny’s is known as a family-dining breakfast concept, Keke’s is part of the quickly growing a.m. eatery segment, meaning they attract different customers and fit in separate trade areas. Last year, Denny’s saw dine-in account for 77 percent of sales, followed by 13 percent delivery and 10 percent carryout. For Keke’s, it was 85 percent dine-in, 10 percent delivery, and 5 percent carryout. Also, Keke’s average entrée price is roughly 20 percent higher than Denny’s. The company is frequently used by millennials and Gen Z families with household incomes above $75,000.

Verostek estimated Keke’s opened four to six units on average in recent years. The brand did so from 2016 to 2021, and doubled its unit count from 26 to 52. The chain achieved that growth without soliciting new operators, but that will change. Denny’s plan is to take a more sophisticated approach and accelerate the annual pace. That will happen with existing franchisees from both brands and operators outside the system.

“I think there is a little bit of digestion,” said Verostek, in regard to when development may ramp up. “We're still learning them. We don't want to upset them in any way, shape, or form. They're great as they are. We just want to take that greatness and share it with more people. So we'll need to digest and understand truly how to grow them, but I'm not telling you it's going to take two years either. I think you will see a stepped-up rate of growth in 2023. I just don't think that that will be the peak growth either. I think that will continue to accelerate through 2024 and beyond also.”

Denny’s first announced the acquisition in early May, and also revealed industry veteran Kelli Valade was taking over as CEO. The $82.5 million price tag represents an EBITDA multiple of roughly 12x. Organizationally speaking, Keke’s and Denny’s will operate with independent leadership teams and drive individual strategies, products, and marketing.

“It's got a cult-like following,” Valade said. “It's really exciting. The AUVs are exciting and a strong business model. So we’ve got something really special, and the goal will be to continue to really maintain and enhance what is special about them, but there's a lot of excitement and we've got a great plan in place to go forward.” 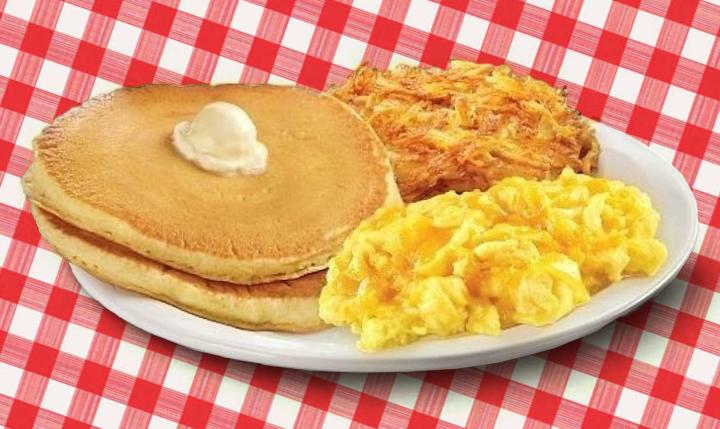 Average weekly sales per restaurant were $35.7 million ($1.9 million annualized AUV), an improvement from the first quarter. Of that number, off-premises mixed about 18 percent, and virtual brands The Burger Den and The Metldown accounted for approximately 2.5 percent of sales. The Burger Den is active in more than 1,100 domestic locations. The Meltdown is in nearly 900 stores and will add more third-party delivery partners after being exclusive to DoorDash.

The chain’s biggest priority is returning to 24/7. A little more than 50 percent of the U.S. system has returned to full hours, which isn’t much better than where Denny’s was in early 2022. Units that are 24/7 consistently outperform other locations by mid-teen-digit comp sales relative to 2019. The biggest barrier is staffing, and the company is working with its franchise association to introduce incentives and labor retention initiatives.

About 83 percent of U.S. stores are operating at least 18 hours per day. These locations are running with 80-85 percent staffing, or missing about seven to 10 employees.

“There's an urgent plan,” Valade said. “We've even got it down to the kinds of numbers we will want to see per week, per month. This is not over several quarters, but yet a lot of urgency and a lot of focus between us and those franchisees right now. So it's urgent and I think doable. I think they are tired of looking at the same situation and the inflationary pressures. They all feel that, and they want those solutions that we've now got.”

In light of inflation, Denny’s recently launched its Summer Slamcation Value Promotion, including Endless Breakfast and its $6.99 Super Slam combo (bacon, eggs, hash browns, and pancakes). Because of those offerings, value incidence rose 3 percent in the second quarter, and Denny’s is seeing traffic benefits that more than offset the costs.

The company is likely to phase out its $2, $4, $6, $8 value menu, which helped the brand through the Great Recession and was brought back during pandemic times. That’s not to say Denny’s isn’t going more deeply into value, Verostek said; it’s just that the definition of value is different than it was a decade ago.

“I think that the idea of value may be changing right?” the CFO said. “You pay for what you get. And so a $2 price point may have served the purpose a decade ago. I'm not saying that that value is now a $15 plate. This will be price-point oriented. But I think we may have moved beyond that. It doesn't mean that we don't have a significant pipeline of ways to offer value into our system right now.”

Denny’s finished Q2 with 1,631 stores systemwide, with 1,477 in the U.S. New kitchen equipment has been installed at approximately 50 percent of U.S. locations, and that rollout should be mostly done by the end of 2022. The chain’s new cloud-based tech platform is in beta test, and should be substantially launched in domestic outlets by the end of 2023.