The growing casual brand is ready to franchise across the Sunshine State. But that could just be the beginning.
February 2018 Danny Klein

One of the great things about scaling a restaurant concept in Florida is it can mirror nationwide expansion at times. Jacksonville and Tampa; Orlando and Ocala. Forget markets—these cities almost feel like different countries. Cody’s Original Roadhouse is right in the center of it all.

Lynette McKee, of McKeeCo Services, LLC, heads up a franchisee advisory firm working with the 23-year-old brand. The goal, if all goes accordingly: 100 Southeastern restaurants in the next five years. But first, Cody’s will test the Florida waters.

McKee is based out of Lake Mary, a suburb of Orlando. This allows her to direct north and south growth with equal attention.

“Our focus is going to be Florida for the next couple of years,” she says. “Just because we want to make sure that we’re growing in the base and markets where we can build brand recognition. So there’s a host of reasons to stay locally and regionally to begin with. But over the next couple of years, once we hopefully max out those trade areas, then we’ll look to grow in other parts of the Southeast.”

Currently, there are 16 locations of the casual-dining concept, which brings to life the roadhouse restaurants popularized in rural settings during the 1940s and 1950s. The brand was founded in Tarpon Springs in 1994 and is known for eclectic decorations, peanut shells, open kitchens, large portions, and diverse food offerings.

Nearly four years ago, Cody’s was sold to Shane Morrison Companies, a commercial real estate firm owned by Louisiana entrepreneur Shane Morrison. Since then, the group has opened a third of the brand’s total locations. While that isn’t exactly a large sample, it is an effective one, McKee says. Not only because the restaurant has been well received in new markets, but also because it’s allowed the company to shore up systems in preparation for something much larger.

“They really haven’t been too aggressive on the franchising side [to date]. All of that is in place now,” McKee says. “We really worked hard last year to get all of those systems in place. We began recently by launching the news that we’re starting to aggressively recruit, and because we’re in the Central Florida area, the Tampa Clearwater market, the main focus is going to be on growing in Florida for the next couple of years. There are so many growth opportunities here.” 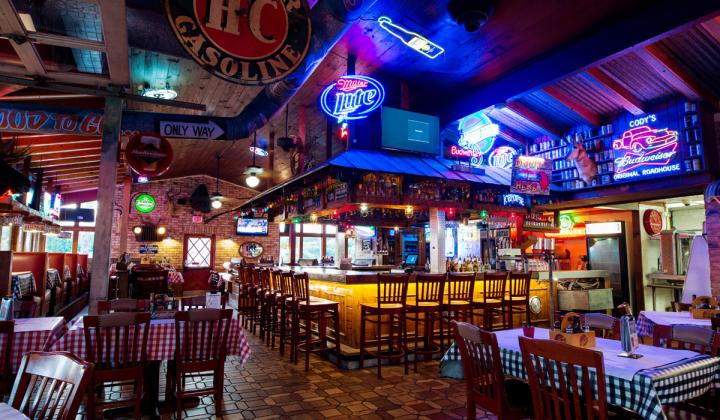 The interior of Cody's Roadhouse is among its most recognizable features. 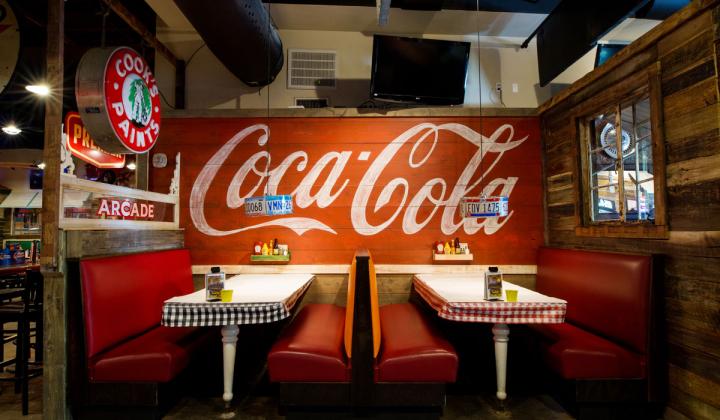 You never know what kind of decor you will find in a Cody's Roadhouse. 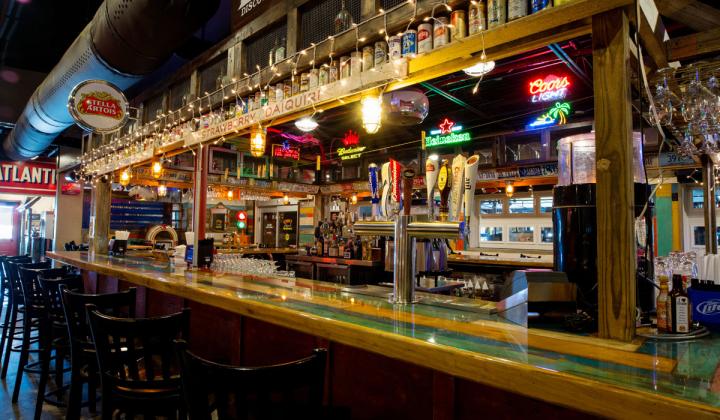 The extensive bar program at Cody's allows it to appeal to multiple customer bases. 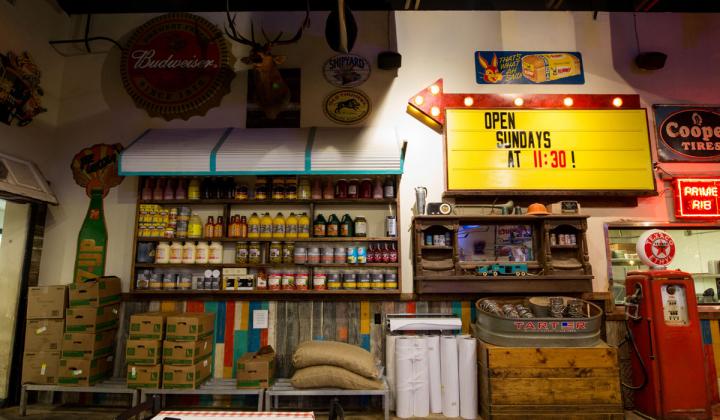 Cody's caters to the retired community in Florida, offering well-priced meals early in the day. 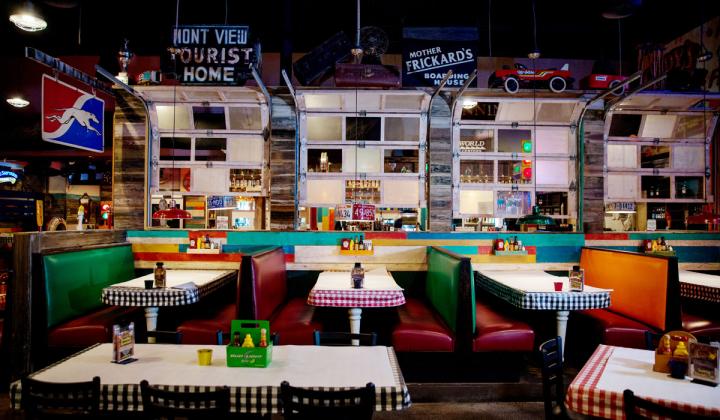 Kids are also drawn to Cody's for its fun atmosphere and laid-back setting. 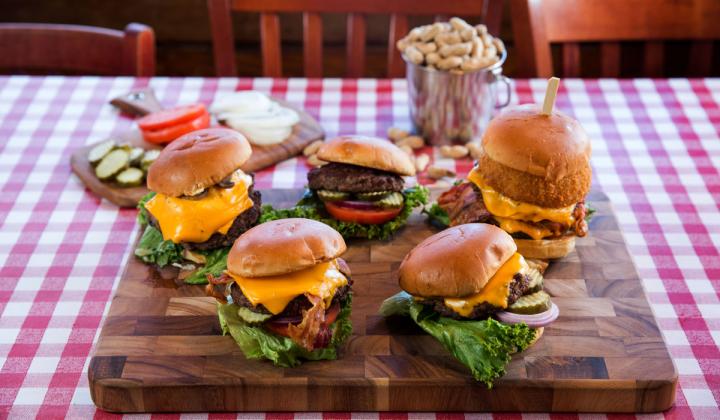 There are several reasons Cody’s is confident in this plan. To start, the concept is able to move quickly thanks to the fact it targets conversions instead of ground-up construction projects. And, especially in casual dining, there are no shortages of buildings Cody’s can remodel presently. Conversions also speed up the permitting process.

McKee says each restaurant looks a little different since it fits to the layout of the former building, and franchisees have some say in the kind of local décor they bring in. The average unit occupies about 6,000 square feet, seats 250–300 customers, and employs 75–100 people.

“There are, a lot of conversions available,” she says. “We’re very fortunate where we run across several of those at any given time and we’re able to vet through and make sure it fits with the customer base and site model we’re looking for.”

This year, McKee says, will be a “go slow to go fast” model for Cody’s. It’s mainly going to be a sales year unless the concept finds an immediate conversion and operator ready to jump in, McKee says. Cody’s is looking at three to five openings in 2018 with next year being the real calendar for expansion. Current locations include: Belleair Bluffs, Crystal River, St. Petersburg, Spring Hill, Bradenton, Sebring, Tampa, Clearwater, Port Charlotte, Tarpon Springs, Port St. Lucie, Stuart, The Villages (two), and Ocala. Target markets are: Tampa Bay, Orlando, West Palm Beach, Jacksonville, and various parts of Southwest Florida.

McKee says the concept’s versatility is also a driving factor. During a recent meal at Cody’s, McKee was approached by a family who told her they dine at the restaurant four nights a week on average.

“How many other restaurant concepts will you find that have loyalty like that of your customer base? Where you not only frequent it every week but you’ll frequent it multiple times a week,” she says.

In addition to food quality, McKee says Cody’s understands how to run the customer gamut, especially in Florida. For example, restaurants open at 3:30 in the afternoon. There are happy hours, an extensive bar program, and well-priced menu items. That’s a sweet spot, McKee says, with the retired community. Case in point: Cody’s Early Bird Menu, which adds a bottomless salad bowl and fresh baked sweet yeast rolls to every entrée. Guests can order Fresh Grilled Salmon, Slow Roasted Prime Rib of Beef, Garlic Fried Shrimp, and more, by 6 p.m. Monday through Saturday for a discounted price (nothing is more expensive than $14.98).

The roadhouse atmosphere, complete with license plates and other roadhouse oddities, is also a hit for kids, and Cody’s responds with an extensive menu there that includes everything from Shrimp on a Stick to a Pulled Pork Sandwich. McKee says the concept appeals to millennials as well with its daily specials and happy hour deals. There are cocktails, such as a Roadhouse Strawberry Freeze and Cody’s Mule—a spin on the classic with “special ingredients” served in a copper mug.

“You have repeat customers who come back because the menu is diverse enough so they don’t have to eat the same thing every night and the atmosphere is very fun as well,” McKee says.

Including a franchise fee of $50,000, the total investment to own and operate a Cody’s franchise varies, but an estimated range is between $772,225–$1,476,500. McKee says the concept is targeting operators with foodservice experience. “The motto is we can teach you our systems but we prefer not to teach you foodservice,” she says. “…We’re looking for franchisees who can come into a market and build two three or four restaurants to start with over a period of time and hopefully build out the remainder of the market or even go into an adjacent market and build out.”

How to Navigate Localized Marketing Through COVID-19
Spend $40, Get 40 Free Boneless Wings at Applebee’s for the Big Game
Buffalo Wild Wings to Give America Free Wings if Big Game Goes Into OT

Navigating the Coronavirus Crisis
One Off at Home Delivering Blackbird Desserts For Valentine's Day
Has Congress Failed Independent Restaurants?