It’s Just Wings is on pace to become a $150 million opportunity for Brinker International.

A cost efficient, overnight rollout and $3 million per week in sales has been one of the loudest endorsement of ghost kitchens yet.

Brinker International, the parent company of Chili’s and Maggiano’s, held its Q4 recap August 12, and the outlook was rosier than that of many of its full-service counterparts. The biggest splash stemming from the meeting was news that Brinker’s fresh virtual brand, It’s Just Wings, was producing revenue at a $150-million-per-year pace after being announced at the end of June.

In a special conference call following the quarterly report, Brinker International CEO Wyman Roberts fielded questions about the concept, including the logistics of creating a virtual brand across an existing footprint as large as Chili’s. The implications have significant potential—if the company behind two of the top full-service brands is taking its pivot to off-premises to the next level, what can other brands learn from the transition?

The biggest question at hand: Has It’s Just Wings gotten in the way of Chili’s and Maggiano’s? It’s Just Wings is a virtual, delivery-only brand that produces wings, fries, sauces, and desserts out of the preexisting kitchens of Chili’s and Maggiano’s, and Roberts allowed that the potential operational disruption to the core brands was the top concern of his team heading into the experiment. Because of that, Brinker closely monitored guest satisfaction levels of Chili’s and Maggiano’s customers, as well as sales figures at the two chains, to see if the virtual brand has hampered operations. Roberts indicated that so far, there hasn’t been an issue, but it’s something they are going to continue to monitor as the concept progresses.

“It’s a fair question—there were some SKU interruptions and you just can’t ignore that,” Roberts said. “This is again where the power of your operating system is important. Our ability to take this new product and this new business, if you will, and integrate it into the existing business seamlessly has been impressive from an operation standpoint, and that’s been very encouraging from our perspective.”

To better understand how and why Brinker implemented It’s Just Wings, you have to go back to 2018, long before the COVID-19 pandemic was dominating the landscape. Roberts and his team were seeking ways to leverage their existing 1,000-plus storefronts and the outgrowth of that became a small innovation team that was allowed to play with several ideas. Roberts emphasized that the team was encouraged to spend time thinking about not what would help Brinker in the short term, but to develop a vision about how Brinker could serve a larger number of guests for decades to come. Think food trucks, ghost kitchens, shared kitchens, standalone delivery—off-premises channels that might generate revenue without robust investment costs.

At first, Brinker experimented with a Mexican-style virtual brand that Roberts declined to describe in much detail. Suffice to say, it didn’t seem to be the right fit and Brinker moved on to the wing concept, leveraging a menu item company’s chefs were already familiar with, and one that also happens to hold up well through a delivery journey, with the added bonus of appealing to a new customer base that Brinker had yet to connect with. After rolling out the brand with marketing efforts coming exclusively from the online presence of Brinker delivery partner, DoorDash, perhaps the most impressive data to come out of the first month in action for It’s Just Wings was that 70 percent of the sales were coming from customers who had not previously ordered from Chili’s.

In other words, the seeds Brinker planted two years ago have just so happened to sprout at a time when full-service brands badly needed off-premises sales to help bolster their bottom lines. All it took was a small investment and the virtual brand was able to essentially roll out overnight. 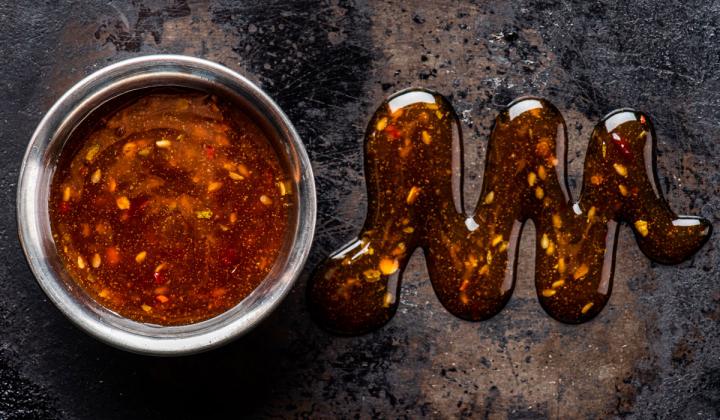 But key in this process was creating a virtual brand that could leverage the existing kitchen space and real estate without competing with Chili’s and Maggiano’s. And that doesn’t just mean getting in the way of kitchen operations.

“We wanted this to be unique and not just something you’d find in our current restaurants,” Roberts said. “We went with a different fry, some different sauces, and came up with a unique dessert to make the It’s Just Wings brand its own.”

On the flip side, Roberts acknowledged that it’s not as though any type of concept would have worked. That’s one of the reasons the innovation team had to strike a healthy balance between familiar offerings and operational efficiencies.

“If it’s not your core line item, let’s say you do Italian food—OK, you’re going to do burgers now?” Roberts said. “That’s not in the wheelhouse of most Italian restaurants, that’s going to add a complexity that could take you off your main game.”

With It’s Just Wings in its infantile stages, it will be interesting to see where the brand goes from here. Throughout the meeting with members of the media, Roberts stressed that he and his team were pleased with the results so far, but still very much considered It’s Just Wings a work in progress. He indicated that they had not yet established a loyalty program or really invested anything into marketing efforts beyond their partnership with DoorDash. As far as how it grows onward, that’s also to be determined, Roberts said.

“You could franchise virtual concepts, but it’s not our priority right now,” Roberts said. “I think our priority is to establish this brand, really understand how to grow it, seed it within the community, and get operational and executional elements really fine tuned. But then that is another option in terms of future growth of a virtual brand. We have 1,000 locations and a lot of markets that we’re not in. So if you could find a partner that you thought could hold the quality of the brand, that’s something that you could consider.”

Not every brand has 1,000 kitchens, but the fact that Brinker was able to pull off a concept like It’s Just Wings virtually overnight is proof successful pivots can be made at scale, and in a hurry. And you could spin this two ways—it was either just a few weeks of really positive sales figures, or it was just the tip of the iceberg of what can be gained with a virtual brand that fits into your operational leverage, and drives large amounts of revenue with minimal investment.

For now, it’s put Brinker in an enviable position, the company said. Today, 36 percent of stores are reporting positive year-over-year sales figures. And although Chili’s fully expects to see some of its biggest competitors launch similar virtual concepts in the future, it feels comfortable knowing that it’s spent more than just a summer trying to perfect it.

“If you think you can beat me at my own game,” Roberts said, “then good luck.”