Chili's sales are back in positive territory.

When Chili’s nixed its LTO strategy in April 2017, it wasn’t solely about reducing menu complexity, size, and shifting operational focus to core items—there was a longer-term value play at hand. But developing a loyal base that expects everyday value, as opposed to those who seek it on a case-to-case and promotion-to-promotion basis, took some time to mature.

The 1,634-unit Brinker International flagship seems to have finally hit its sweet spot.

Chili’s reported same-store sales gains of 2 percent in the first quarter of fiscal 2019, the company announced Tuesday. This included a 4 percent lift in traffic. Maggiano’s sales were flat.

Both marks were Chili’s best in quite some time, as you can see by the trends below.

Naturally, some of Chili’s performance is a product of lapping those red results. Brinker CEO Wyman Roberts addressed the notion during an October 30 conference call. “We think the combination of improved quality, stronger value, and then just better execution is going to allow us to continue to move forward with growth in traffic for the near future.”

Brinker reported earnings of 47 cents per share, which beat the Zacks Consensus Estimate of 42 cents. Brinker posted revenues of $753.80 million in the quarter compared to last year’s mark of $739.39 million.

Relative to the industry, Chili’s comps were in-line, while traffic easily outperformed Black Box by 460 basis points in its category and topped Knapp-Track, excluding Chili’s, by 560 basis points.

One of the dangers of an LTO-driven strategy, Roberts said, is the fact that you need to recreate urgency every six or eight weeks, or whatever the term might be.

Essentially you need to build awareness, then take it away, then build awareness again. It’s stressful on operators as well as marketing spend and creative.

Chili’s ditched this in favor of putting value proposition on the menu, Roberts said.

“We understand the importance of new news and innovation, but we really want to keep value propositions as much as we can locked in. And so what we've done with the menu is we have started to look at some of our more traditional value propositions and modified them,” Roberts said.

Some examples: Chili’s had a 2 for $22 offering. That’s changed with a recent menu move to a $25 Dinner for Two that offers up an appetizer, two entrees, and a sharable dessert. It’s a setup guests were already familiar with, just tweaked. Then there’s the 3 for $10 deal Roberts said is “working very well for us.” An appetizer, entrée, and drink for $10. “As we lean more into the 3 for $10 … both at lunch and dinner, we are also able to look at our lunch propositions.” There’s also $5 margaritas. What these all share in common is component flexibility within the already defined structure. Items can be added, removed, but the deal isn’t flaming in and out by the season or marketing calendar.

"[We] don't have an aversion to it, but we're going to walk into it with our eyes wide open and with partners that kind of understand our business.” — Brinker CEO Wyman Roberts on delivery. 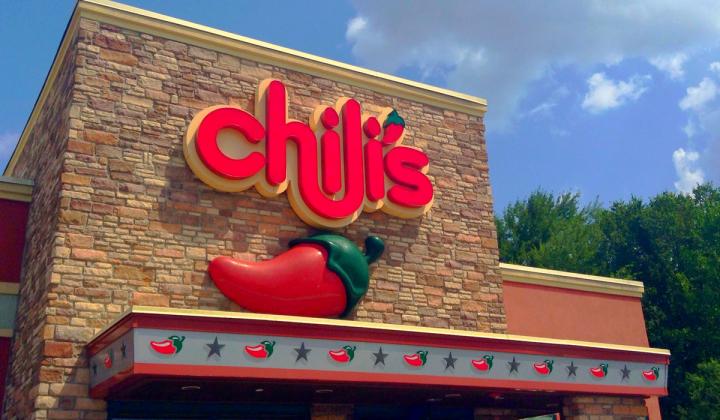 Chili's is building a value proposition into its menu, not offering value deals from time to time.

This dialed-in approach is something operators are appreciating, too. “From an operational standpoint, we think the more you can lock your value proposition in, gives your operators more continuity and the ability to execute on a day-in, day-out basis better than having to kind of throw major menu shifts and innovation at them on a frequent basis,” Roberts said.

As noted before, this strategy is all about inspiring repeat visits for the long haul. “You get to build a loyal guest base against the ongoing value propositions that you offer. And that's kind of the strategy we're taking,” Roberts said.

The compelling value proposition of the 3 for $10 deal definitely boosted traffic. And that’s something Roberts said won’t just flash this quarter. “Our preferable strategy is to make sure our value proposition on the base menu is compelling so that we don't have to go in and out and basically kind of whipsaw the restaurants with traffic changes that are just totally promotionally driven. That's our focus,” he said.

As an analyst pointed out well into Tuesday’s call, Roberts and the Chili’s team didn’t failed to utter the word “delivery” to that point. It was by design. Roberts said Chili’s focus right now is really on takeout. And the results are showing the strategy to be a smart one. Chili’s to-go business was up 17 percent for the quarter to 11.7 percent of total sales, while Maggiano’s lifted 20 percent on the strength of its new double-your-portion carryout strategy.

But it’s not just the strength of carryout. Chili’s is also unwilling to jump into delivery until it makes sense for the brand and its operators. Currently, when you walk into a Chili’s you’ll see multiple iPads for every delivery partner. They don’t integrate well into the restaurant system, especially during peak hours.

“So our focus right now with some of these big partners is it to say, hey, listen, if you're going to partner with us, you've got to give us an operational model that works and you have to start thinking about how you integrate with us. And I think that's important,” Roberts said.

“And then, obviously, the whole issue around incrementality and profitability is also on the table and then the data around—awe obviously value our customers and the relationship we have with them. So those are some kind of secondary issues that have to be looked at very closely as you kind of get more committed to delivery. Don't have an aversion to it, but we're going to walk into it with our eyes wide open and with partners that kind of understand our business.”

The incrementality question is really a gray area for a lot of brands right now. Roberts said Chili’s is doing “qualitative and quantitative research to understand, OK, where are these guests coming from and how often are they changing their frequency if they're currently our current guest.”

As it stands now, Chili’s is simply more comfortable placing its resources into the carryout world than into the wild frontier of delivery. 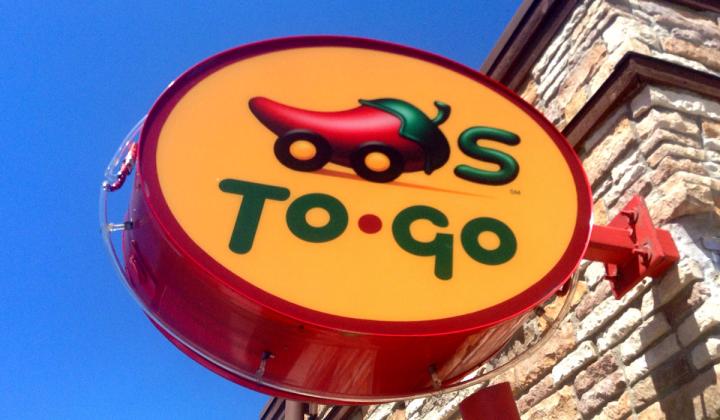 Chili's is more concerned about its to-go carryout business than delivery at the moment.

Retention wins the war on talent

Early on in the call, Roberts said Brinker’s “hourly and manager turnover is significantly better than the industry and we're growing our top-performing hourly team members into top-performing operators. We're retaining and developing the people who have learned our culture, our systems and our promise to our guests from their ground up, true ChiliHeads.”

He was asked later to offer up some specifics.

“We take it very seriously, our team member engagement and feedback. And I think that's a big part of how you keep them engaged and working with you,” Roberts said.

“We also understand it's a job and how much money they make is critical. And so we work to find that balance between efficiency for us, which also if you're a front-of-the-house team member, usually turns into higher tips for you and a higher wage. And so getting them to make as much money as possible is also a high priority for us and that goes across the board.”

He said Chili’s wants its managers to bonus, employees to have higher hourly wages, and be as efficient as possible to earn more money. He said the average server at Chili’s made makes more than $20 an hour.

Another example of Chili’s commitment to employees came in January when it launched an educational program for employees Monday called “Best You EDU.” The program, developed in partnership with Pearson, provides opportunities for Brinker employees, ranging from hourly to management. The program is free and available for any employee who works at least 24 hours per week with a minimum tenure of 90 days. Read more about it here.

Restaurant labor increased 20 basis points year-over-year in the quarter, driven by anticipated wage rate inflation and an increase in quarterly health insurance claims. Brinker continues to expect our wage rate inflation to be between 3–3.5 percent for the year.

Rewarding rewards, this time around

Chili’s is full throttle into its My Chili’s Rewards Program, which became its focus after the brand bailed on American Express Co.’s Plenti Rewards program two quarters ago. Customer feedback showed the program was too complex. Chili’s rerouted to My Chili’s Rewards and also abandoned a points-based system, electing instead to focus on growing its database.

Chili’s is now well over 6 million activity loyalty members, Roberts said. “… we think we have potential to leverage that group significantly more than we are today as we kind of move through different phases of the program,” he said. “So, excited about where the program's at today in terms of how we've been able to grow it up, look forward to continuing to grow it and we see a significant upside as we kind of more aggressively market against that group kind of in the future.”