The Cheesecake Factory Appears Ready to Buy Another Chain

While The Cheesecake Factory works to regain sales momentum, the company’s investments are heating up. Matthew Clark, EVP and chief financial officer, outlined the brand’s plans Tuesday afternoon to possibly acquire 14-unit North Italia. Clark said the company is also in the processing of reviewing The Cheesecake Factory’s other concepts, Grand Lux Café and RockSugar “to ensure that we have the best levers in place to drive companywide ROIC and earnings growth in the future.”

READ MORE: How The Cheesecake Factory can return to the top.

Clark said the company was beginning to “prepare for the potential North Italia acquisition in the second half of 2019.” Since the 2016 investment, The Cheesecake Factory has offered growth capital contributions to the Fox Restaurant brands, but has let Fox’s operation run them. Clark said The Cheesecake Factory expects cash capital expenditures to range between $100 million and $110 million in 2018, with $20 million to $25 million going toward Flower Child and the potential purchase of North Italia.

As for 14-unit RockSugar and two-unit Grand Lux Café, Clark said the review isn’t about closing locations. “It's mostly about capital allocation,” Clark said. “I don't think that it's a conversion either, as we have a broader portfolio to choose from and we look to drive long-term returns, we just want to make sure that we use that lens to evaluate future opportunities with each of our brands.”

The Cheesecake Factory also announced that its highly anticipated fast casual, Social Monk Kitchen, was delayed due to permitting, and is now expected to debut first quarter 2019. 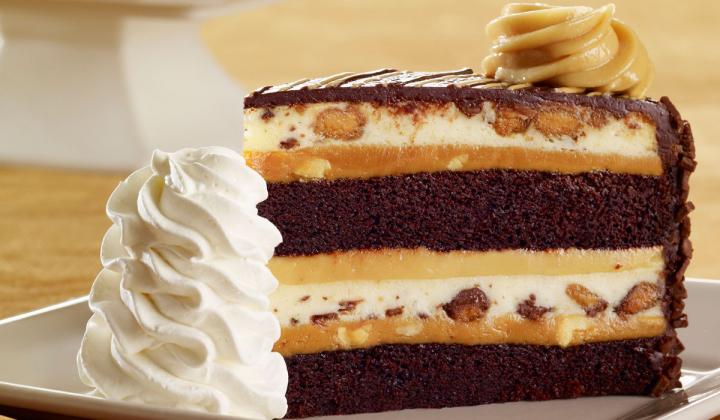 The Cheesecake Factory ran a Halloween delivery deal this year with free slices.

More on the results

Headed into the summer of 2017, The Cheesecake Factory reeled off 29 consecutive quarters of positive gains, proving its standing as one of the most consistent high-performers in casual dining. The chain’s comps then turned negative at 0.5 percent in Q2 of that year and dropped 2.3 percent (hurricane effect), and 0.9 percent in the ensuing periods. It got back in the green to start fiscal 2018 with a 2.1 percent hike, and then reported a 1.4 percent lift in Q2 2018 before this past quarter’s positive 1.5 percent result.

In many ways, these low-single digit gains might just be the new normal for The Cheesecake Factory. In the brand’s five-year plan, it calls for comps growth of 1–2 percent and unit growth of 5 percent. The restaurants are still running a casual-dining leading $10.6 million in average-unit volume with average checks of $22.

The traffic landscape and cost picture have simply shifted dramatically from the days when The Cheesecake Factory was putting together robust comp-sales calendars, stacked one after another, year after year.

Here’s a look at same-store fiscal results dating back to 2011.

This past quarter broke down with pricing 2.9 percent, a positive mix of 0.6 percent, and traffic down 2 percent.

In Q2, labor took a major bite out of the company’s results. Labor costs were up to 35.8 percent, and group medical costs lifted $4.5 million compared to the previous year, which in turn decreased profits by 7 cents.

In Q3, labor was 35.2 percent of revenues, an increase of about 30 basis points from the same period last year. This is primarily attributable to hourly labor, specifically higher wages, Clark said.

“With our history of continuous improvement, we will seek additional efficiencies in our restaurants to help offset pressure on the labor line and we will also further enhance our market based pricing strategy in higher wage geographies to support our objective of maintaining flat restaurant level margins,” he said.

The labor inflation rate was about 6 percent in the quarter, and Clark said The Cheesecake Factory is expecting much of the same in Q4.

Broken down: The Cheesecake Factory’s delivery accounts for 25 percent; take-out, phone-in ordering two-thirds; and new online ordering through the platform launched earlier in the year around 10–12 percent.

“With regard to our guests that opt to pick up their order, we're seeing good initial traction with our online ordering platform available through our website for all Cheesecake Factory restaurants nationwide. We will continue to focus on raising awareness of this new channel via in restaurant and to go marketing supported by some local search advertising,” Gordon said.

During the third quarter, The Cheesecake Factor transitioned to an exclusive national delivery partnership with DoorDash. “This agreement also augments our collaborative marketing opportunities throughout the year,” Gordon added.

Growth on the horizon

Internationally, the company plans a licensed unit for Monterrey, Mexico, in Q1 2019. “Including this restaurant, we expect as many as five to six locations to open under licensing agreements in 2019. Domestically, we continue to believe there is potential for 300 Cheesecake Factory locations and I feel good about the real estate opportunities lining up for 2019,” Overton said.

There are currently 199 domestic Cheesecake Factory stores. Internationally, there are 21 operating under licensing agreements.