The executive said the development pipeline is as big as he's seen in his 16 years at the company.

The executive, who’s been with the brand since 2006, can’t remember a time where the company had more sites in its pipeline.

“We have $195 million in the bank; we believe in the long-term unit economics of these brands,” Clark said during The Cheesecake Factory’s Q2 earnings call. “… We've purposely kept the balance sheet remarkably strong, and we really believe that if there is a downturn, it will be shorter and shallower and that there will be a lot of market opportunity to take, and then maybe that will be a good turning point.”

Opening dates are still being impacted by supply chain challenges and permit approval delays, but The Cheesecake Factory remains on track to meet its goal of 7 percent annual unit growth. In 2022, there are plans to debut as many as 15 restaurants, including four Cheesecake Factory units, four North Italia locations, and seven other outlets under Fox Restaurant Concepts, including three Flower Child restaurants. Outside the U.S., the brand expects to open one licensed Cheesecake Factory.

READ MORE: The Cheesecake Factory's Development Future is Brighter Than Ever

Growth isn’t limited to casual dining either. Two weeks ago, Fox Restaurant Concepts opened a brick-and-mortar version of Fly Bye, a fast-casual concept offering Detroit-style pizza and chicken. The Phoenix-based brand began as a pop-up ghost kitchen inside existing restaurants during the early days of the pandemic. Another Fly Bye will debut later this year, also in the Phoenix market. CEO David Overton said that in the first two weeks, sales have exceeded expectations.

The Cheesecake Factory’s same-store sales rose 4.7 percent year-over-year in the second quarter and 13.1 percent against 2019. Annualized AUV reached $12.3 million in the quarter, with off-premises mixing 20 percent. For North Italia, comps lifted 12 percent against 2021 and 22 percent compared to 2019. All dayparts and all geographies showed improvement, and annualized AUV surpassed $9 million in the quarter.

Fox Restaurant Concepts, including Flower Child, saw average weekly sales of $116,000 per unit, or about $6 million in annualized AUV. Overton said the company is “very bullish” on Flower Child and that recent store openings have continued to perform well. The priority is to move into newer markets and test guest reception in different geographies.

“The team there has done a good job moving their margins in the right direction,” Overton said. “We're focused on trying to leverage continued supply chain capability at Cheesecake Factory. And then on the people growth development side, we want to ensure that we have the right leadership in place if and when we decide to pull that lever and grow it a little bit quicker clip. But all signs for now remain very positive and we feel good about the future of the brand.” 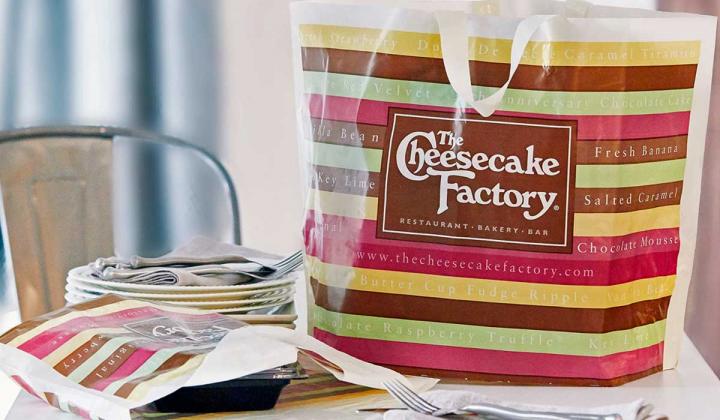 As The Cheesecake Factory moves forward with development, staffing seems to have stabilized. June hourly applicant flow grew to record levels, leading to the most hires in any single month this year. The company’s staffing is now 3 percent higher than prior to the pandemic, and in July, labor needs have been at record lows.

Commodity inflation was 200 basis points higher year-over-year, driven by spot pricing in the dairy and produce categories. Labor costs grew 90 basis points, fueled by higher wages.  The company plans to take a 4.25 percent price increase, which will put the year-over-year pricing at 7.5 percent once the latest hike is fully deployed. That’s still below overall full-service menu price inflation, coming in at 8.9 percent in June.

In terms of consumer sentiment, Clark emphasized that Cheesecake Factory skews toward higher-income consumers, to the tune of $100,000-plus, and the same is true for North Italia and the rest of Fox Restaurant Concepts. So while some brands (McDonald’s, Chipotle, Wingstop) have seen degradation from the lower-end consumer, The Cheesecake Factory has been quite insulated from any impact. Clark added that restaurants do have value too, with items ranging from $5-$6 to $30 and large portions being “incredibly shareable.”

“What we have seen historically, if there is a little bit of a dip is remind people that our number one competitor are the white table cloth independent mom-and-pops, and I think we probably will be able to take some market share, because we’re keeping so much value, and the prices that those groups have had to take and their menu is substantially more than what we're taking,” Clark said.

The CFO said sales performances have been more impacted on a regional basis, directly related to whether COVID case counts are going up or down. If it were recession-related, there’d be more broad-based declines, similar to what it saw during the Great Recession, Clark said. Check averages are trending normally, as well as attachments and desserts.

“That being said, there could be a little bit of a slowdown,” Clark said. “I mean, I think the media has fueled that tremendously. And the scare factor alone probably is what is creating as much as anything else. Our guide for the third quarter factors in that we are a couple of points below where we were in June, and we believe most of that is due to the virus moving through different parts of the geography. The latest week we had is better than the weeks we had before that. So we're actually seeing it come back up already.”

If The Cheesecake Factory senses bigger changes in the marketplace down the line, president David Gordon said the brand can pull its promotional lever within two weeks, whether it’s through DoorDash or something with online ordering.

The company is also piloting a rewards program, which in the future would help the chain deploy said promotions in a more targeted manner, Clark said. The Cheesecake Factory is about 30 days into its five-restaurant test in the Houston market. There are currently 20,000 members, exceeding the concept’s expectations.

“And our plan is to continue to measure the data and the ROI of the program throughout the remainder of this year, whether we decide to do another small beta this year is still to be determined, but our plan would still be to move forward at some point next year with a full launch of the program that all continues to go well,” Gordon said.