Can the Mid-Priced Restaurant Survive COVID-19?

Dine-in restrictions and budget-conscious consumers have made mid-tier restaurants an especially vulnerable segment within full service.

Giant is the sort of restaurant that encapsulated the elusive magic of the mid-priced, independent neighborhood place pre-COVID. At just 1,400 square feet inside, the pint-size Chicago eatery teemed nightly with diners packed elbow to elbow, feasting on fun-loving, wholly original dishes like waffle fries heaped with crab salad and infinite-layered lasagna bolognese.

Since opening in 2016, Giant routinely exceeded revenue projections, which enabled ownership to pay back its investors two years early. With that commitment squared away, the restaurant could give back to employees and support various local and national causes.

“We were filling a need, a void,” says chef/co-owner Jason Vincent, “and we were making some small change in the world.”

Then COVID-19 hit, turning everything, including the restaurant’s hard-won value equation, on its ear. Giant closed for three months before reopening with a limited carryout menu that put a Midwestern spin on the classic meat-and-three, which comprises one entrée and three sides. The restaurant opened its patio and later its indoor dining area at limited capacity.

Knowing Giant could close at any point and fearing for the physical and financial well-being of his staff, Vincent increased cooks’ hourly wages. Selling wine and to-go cocktails helped nominally (the latter especially at sibling cocktail joint Chef’s Special), as did the PPP loan and measured price increases. Despite these efforts, the restaurant estimates it lost as much as $250,000 in 2020.

As Chicago reeled from the pandemic and civic unrest near the year-end, Vincent embraced what made sense: He finished outfitting Giant’s long-idle food truck with Roccbox pizza ovens. He empowered his sous chef to finalize the thick, Sicilian-style pizza recipe he’d been workshopping, making it the focal point of the truck’s quick-serve lunch menu of chicken soup, burrotis (falafel-packed roti burritos), sour cream doughnuts, and Chef’s Special cocktails.

The Giant truck rolled out in mid-October and sold out of food on its maiden voyage. Pizzas have been performing well for carryout at the restaurant, too. Giant sells 10–15 per night at $38 apiece, upselling nearly every order with sides like fried ravioli and craft beverages.

Nevertheless, survival has remained a day-to-day process. COVID-19 didn’t just upend the calculation of doing business in the mid-priced dining tier, it also re-upped the question of where the category fits in consumers’ eating habits. Some have reinforced the unique value proposition and the loyalty of their dining core, while others have leaned into low-contact, budget comfort fare with the hope of higher volumes to keep the lights on. 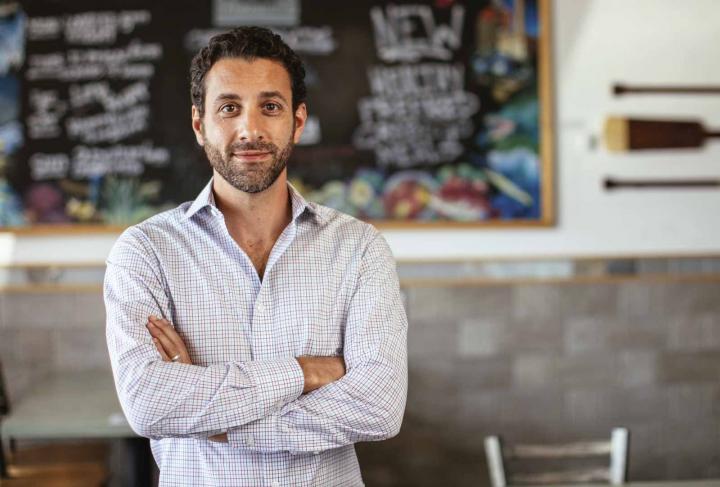 “You just can’t replicate those price points at home. A customer said to me once, ‘I have the same wine at home, but it tastes better when you pour it,’ and I thought that so encapsulated this conversation.” —Jon Alexis

In Dallas, TJ’s Seafood Market & Grill is doing “OK” largely because the diners who thought the 32-year-old restaurant was a good value pre-COVID are sticking with it now, says owner Jon Alexis.

“We have definitely found that value is the important word,” Alexis says. “What we’ve tried to do is rethink what our product is.”

When TJ’s two locations had empty dining rooms by law—meaning customers no longer got Alexis’s custom playlist or industrial-chic environs with their meal—it wasn’t as simple as plunking a $32 entrée into a to-go box. Rather, Alexis redoubled efforts that ensure the carryout experience felt thoughtful. Did the dish look and smell perfect? Did it come at the right temperature? Was the garnish fresh or should that be separate?

TJ’s streamlined the menu, doing away with all the rotating elements that it used to lean on as a differentiator. Instead, it focused on highlight-reel dishes like fish and chips and jumbo lump crab cakes.

“Pre-COVID, there was our regular menu and then there was, ‘what crazy fish came in today and what are we doing with it?’ Now when people come in, they just want their favorite dish,” Alexis says.

He calls it a leap of faith in customer loyalty that the eatery didn’t cut prices—and the leap paid off. Since reopening at about half capacity, TJ’s has experienced similar volumes as before—albeit with guest visits throughout the day rather than concentrated around traditional peak dining hours.

“We’re in a really unique space in the sense that people come in with a certain price expectation,” he says. “People who’ve been eating cheaper, stick-to-their-ribs food were ready to pay market prices for fresh, light food that felt like a good value.” 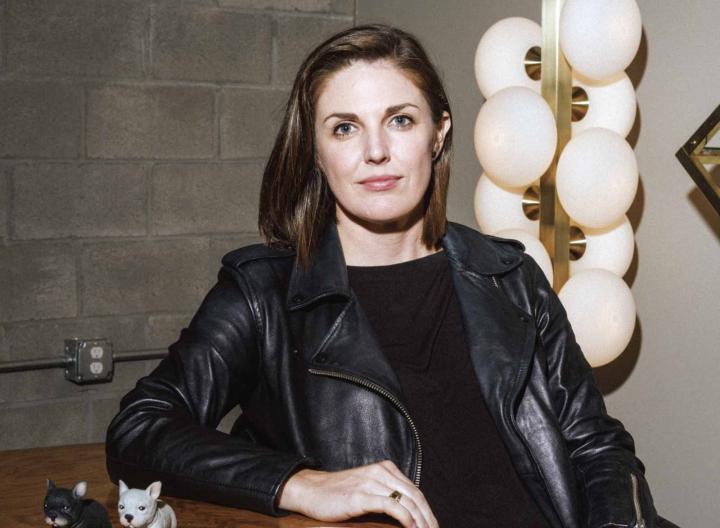 “All of this kind of played into our whole thought since COVID about slimming down menus, cross-utilizing products, and—the biggest challenge by far—labor.” —Rachel Cope

In Oklahoma City pre-pandemic, 84 Hospitality was in growth mode across its mostly casual concepts, which include craft pizza joint Empire Slice House and Goro Ramen. The sole exception was also its only (sorta) fine-dining spot, Gun Izakaya, whose executive chef/partner Jeff Chanchaleune was nominated for a James Beard Award less than a year into operation.

“It was a passion project, but from a business standpoint it wasn’t doing that well,” says founder and CEO Rachel Cope. “And I tell you about it specifically because that concept doesn’t actually exist anymore.”

Gun has since been absorbed by the four-year-old Goro Ramen, which moved into Gun’s former home in the Paseo Arts District. It was an easy transition since the two concepts shared a social media presence and staff, including the executive chef. At newly minted Goro Ramen + Izakaya, Chanchaleune made ramen the star of the show, upping the offerings from four to six and breaking Goro’s pre-COVID cardinal rule of no carryout. Gun’s yakitori (skewed chicken) menu was cut in half to five items, plus rotating weekend specials, with a few additions on the snack menu.

So far, customers have responded well to Goro Ramen + Izakaya. After six months of revenues hovering at 33 percent of pre-COVID numbers, the group sales have bounced back to pre-COVID levels before 2020 ended. The original Gun Izakaya also served as the creative impetus for another counter-service spinoff, Tori Tori, a Japanese fried chicken concept that opened in November.

“All of this kind of played into our whole thought since COVID about slimming down menus, cross-utilizing products, and—the biggest challenge by far—labor,” Cope says. “We don’t feel safe having that much staff, and quick-serve spots are helping us create safe spaces that thrive on high volumes, short table times, and items that travel well, where we can push outside sales via delivery services or pickup.”

Even so, Cope is grateful that 84 Hospitality has always leaned cash-heavy. She’s doubling down on its survival through rent negotiations, increasing efficiency, and maximizing revenues without having to rely so heavily on on-premises dining. Looking ahead, she’s not sure she’ll ever go back to upscale. “The smart thing for us to do is focus on those [quick-service]-style concepts and duplicate what’s popular.”

In between two extremes

Alexis also thinks the fine-dining experience, whose value is predicated on escapism, may be the toughest sell right now, even if the higher income bracket has an appetite for it. “Fine dining should be where the real world melts away. Now there are masks, paper menus, and QR codes,” he says. 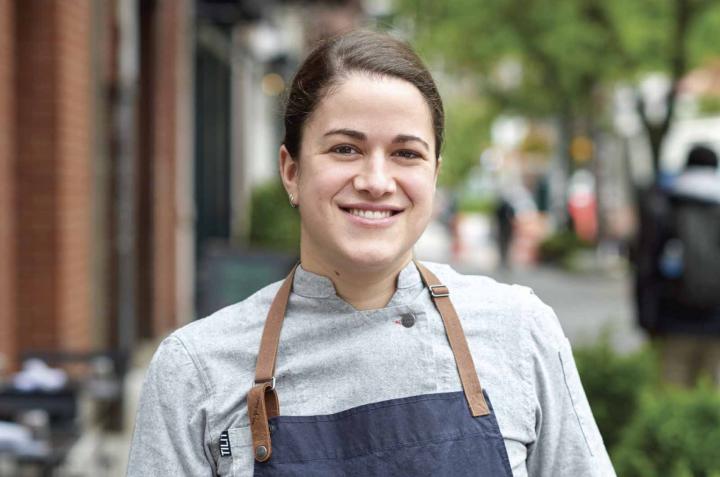 “We have tried to make it a bit more approachable so that people feel like they can stop in for a bite to eat without committing to a long dinner.” —Mary Attea

Indeed, while the old construct of people spending large sums for four-hour tasting menu experiences isn’t feasible, new American upscale restaurant Musket Room in New York City sold a lot of its $88 abbreviated prix fixe menus when it reopened for partial dine-in. Despite this success, the restaurant was still only grossing 30 percent of pre-pandemic sales in late autumn.

“I think people are starting to be more interested in getting out, having an experience, and forgetting about the real world for a couple hours,” says executive chef Mary Attea, who joined just before the shutdown. “We have tried to make it a bit more approachable so that people feel like they can stop in for a bite to eat without committing to a long dinner.”

As the restaurant tackled carryout for the first time in its seven years, the dishes leaned comforting and sustaining at lower price points with special touches: a la carte pork katsu sandwiches and $50 three-course dinners made up of farinata salad with preserved lemon, roasted chicken with salsa verde and pan bread, and rotating cream puffs. These changes will stick, she says.

“We have thrown out the rule book and have tried our best to adapt with the times and respond to the neighborhood,” Attea says. “I would like to keep going this way, even if we get a vaccine soon. I love being the place where people feel like they can just pop in without a reservation, but also where people book a month in advance to celebrate a special event.”

Like Musket Room, other mid-tier restaurants are likely to emerge from the crisis forever altered—and the same can be said for the industry writ large. Per the National Restaurant Association, 100,000 independent restaurants, including thousands of beloved mid-priced mom-and-pops, had closed as of last September. To revert to a pre-pandemic operating model would be near-impossible—not to mention, bad for business.

As Vincent points out, it’s valid to question the fate of mid-priced restaurants, but those establishments are hardly alone in their plight; the entire industry, not just one price point, faces an uncertain future. For him, the pandemic only reinforced the importance of preserving the humanity behind Giant and the work-life balance it affords him and his employees. Having worked in fine dining, he has no desire to move the restaurant in that direction. If anything, he’d sooner turn it into a quick-serve lunch counter.

“As it stands, we’re working too much, I’m not seeing my kids enough, and just that puts me in the mindset of wanting to get back to that [pre-COVID work-life balance]. There’s no part of that equation that involves making fancy food,” Vincent says.

Still the future of these restaurants is unlikely to be a zero-sum game, wherein restaurants are forced to adopt either a quick-service format or a fine-dining experience. Alexis thinks that restaurants like TJ’s Seafood Market with deep ties to the community will one day thrive again within their mid-scale dining tier.

“Independently owned, neighborhood-supported places have as deep of roots as any tree in this storm,” he says. “You just can’t replicate those price points at home. A customer said to me once, ‘I have the same wine at home, but it tastes better when you pour it,’ and I thought that so encapsulated this conversation.”