Abuelo's menu conquers the veto vote. But can it keep up with today's evolving consumer?

Can Mexican Chains Keep Pace with the Health-Conscious Movement?

Who could resist sitting down to a chicken burrito filled with cheese, rice and beans, a scrumptious quesadilla or delectable nachos topped off with a margarita? Sit-down Mexican chains such as On the Border, Abuelo’s, Cantina Laredo, and Uncle Julio’s, to name a few, have been capitalizing on satiating consumer preferences for tasty Mexican food for decades, which has led to expansion in many cases.

And then came the onslaught of health warnings from the American Heart Association and others for the public to change their diet several years ago. Reduce caloric intake. Cut down on fatty cheese. Avoid becoming a target for heart attacks or diabetes. Don’t overdo alcohol. As consumer tastes changed and continue to adapt, Mexican chains were faced with making some alterations or facing customer backlash. Not surprisingly, the nation’s top chains are adapting. 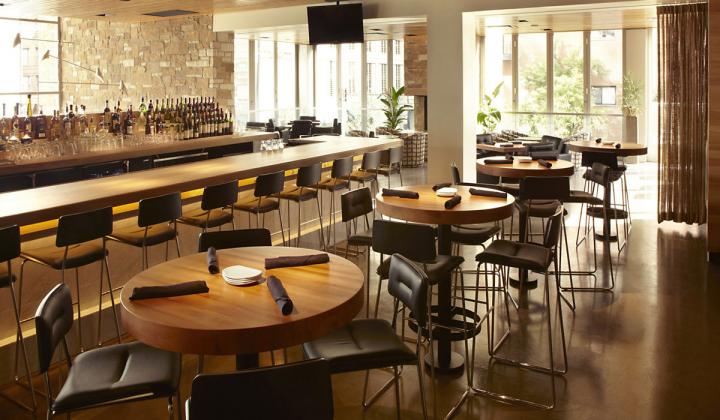 Cantina Laredo has 36 outlets in mostly Southern states from Texas to Florida, with plans to add nine units in 2018.

Gary Stibel, the founder and managing partner of New England Consulting Group, a global consultant based in Westport, Connecticut, gives full-service Mexican eateries mixed reviews on adapting to consumer’s changing tastes. In fact, he said that Taco Bell and Chipotle’s have done a better job of offering “food that goes beyond tacos and burritos” than sit-down Mexican chains.

Stibel also notes that although more Americans are exercising more, their average weight is still up, and when they dine out for sit-down Mexican food they often “tend to eat less healthy then when they are home. As people deprive themselves at home, they pound down three beers and five tacos.”

Yet he said many of these Mexican chains are doing a good job of “knocking out the veto. If there’s someone at the party who wants to eat healthy and have a great meal, you can go to Abuelo’s or the others, and there’s something on the menu for you.” But Stibel says that sit-down eateries have to “get on the offensive” and offer more nutritious and healthier food as tastes gradually change.

Take John Hanc, a Long Island-based author and New York Times contributor and avid marathon runner, who shuns dining at most Mexican eateries. He thinks they specialize in “high calorie, high-fat foods that can cause gastrointestinal distress.” He’d consider dining there if they offered cuisine that was “less spicy, less fatty, and healthier.”

Hanc says that he dines on occasion at Chipotle because it offers a tofu with brown rice, veggies, and some guacamole, where he doesn’t feel as if he’s abandoning his diet.

"What you see right now, it’s almost survival. You have to adapt because people are aware, for the better, about what they should and shouldn’t eat." — Matthew Britt, Johnson & Wales University 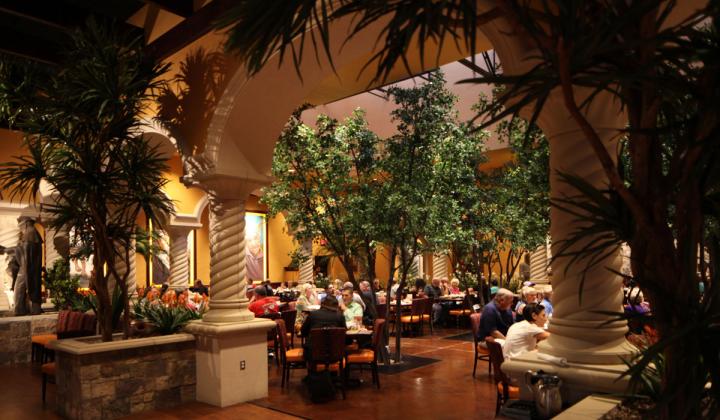 Matthew Britt, who teaches cooking in a global marketplace at Johnson & Wales University in Providence, Rhode Island, and was the former executive chef at Ceiba, a now-shuttered contemporary pan-Latino eatery in Washington, D.C, says all of the Mexican chains are responding to American’s changing dining tastes. “What you see right now, it’s almost survival. You have to adapt because people are aware, for the better, about what they should and shouldn’t eat,” he says. He adds that even McDonald’s adjusted its menu, and so are most Mexican chains.

Britt says these chains still rely on selling the staples of nachos, burritos, and quesadillas on their menu, but Mexican eateries must be “inclusive. Exclusivity doesn’t cut it anymore.”

Hence, these Mexican chains are introducing more soups and salads, fajitas with leaner cuts, and dishes that appeal to people who value “moderation and exercise,” Britt says.

When Britt studied the menu of On the Border’s, for example, he noticed allergy-free meals, vegetarian specialties, and gluten-free dishes. To attract as many consumers as possible, the attitude of restaurateurs must be, “If you want it, we will do it.”

Take Abuelo’s, which has 38 restaurants spread out in 13 states. Its Lubbock, Texas-based president Bob Lin says the chain’s menu is tuned into changing consumer tastes. “If you look at our house specialty items on our menu, you’ll see fish, steaks including tenderloin and rib eye, chicken, and pork,” he says. He adds that Abuelo’s “celebrates the diverse food through Mexico’s regions. Mexican cuisine is closer to continental cuisine,” and that entails more than just nachos and quesadillas.

Lin says Abuelo’s is constantly evolving and refining its menu. Now it offers a variety of appetizers and small plates such as stuffed jumbo shrimp, seared ahi tuna, and chicken with lighter sauces. It features glazed dishes, eschewing the cheesier, heavier sauces, and a variety of steamed, seasonal vegetables. 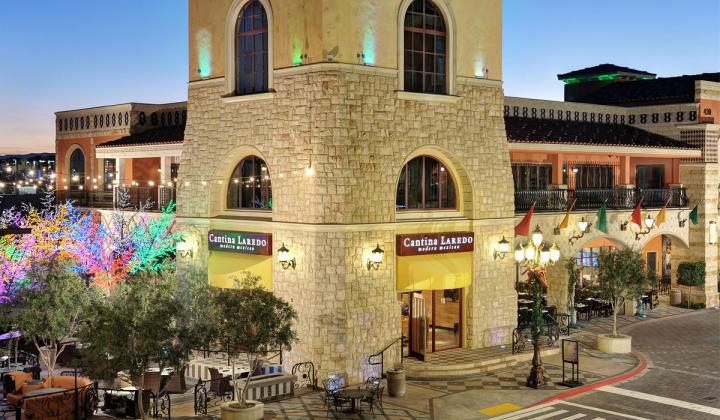 The brand surveys customers in its loyalty programs, asking how they’d respond to lighter dishes with less heavy sauces before rolling out. Based on their feedback, he says, “What we’re trying to do is meet consumer demands for bolder flavors, slightly different ingredients, and things they perceive as a little bit healthier.”

And yet one of its signature dishes is “fire-grilled, bacon-wrapped beef tenderloin medallions and bacon-wrapped stuffed shrimp,” which doesn’t sound low-cholesterol or less fatty. Lin says there must be moderation, given the reality many customers, especially those electing for a sit-down Mexican chain, still want to indulge. “People like it and order it. It’s one of our guilty pleasures,” he says of the dish.

Lin says Abuelo’s is walking a fine line between comfort food that many people crave and healthier alternatives that millennials and others are now seeking. “We clearly have indulgent foods on our menu. If you want to eat a thousand calories of cheese and bacon and cream, that will be available on our menu,” he says.

Many people enter a Mexican eatery with noble intentions and then can’t resist the cheese-filled quesadillas or nachos. “The best thing we can do is offer people choices. We’re here to serve our guests,” he says.

In the future, Lin expects more items on Abuelo’s menu will consist of “a better pedigree in sourcing, more organic, more hormone-free, that train has left the station. A restaurant that doesn’t evolve with consumer tastes and trends, they’ll be left behind,” he says.

And at Cantina Laredo, which has 36 outlets in mostly Southern states from Texas to Florida, with plans to add nine units in 2018, its Dallas-based president Jose Luis Magana says its menu includes several modern and authentic Tex-Mex dishes that derive from the main chef who hails from Monterrey and goes beyond traditional burritos and enchiladas.

But it also includes an increasing number of tapas dishes. These items attract younger diners who gravitate toward shareable plates.

“The tapas items allow our guests to try flavor-filled dishes, without having to take out a second mortgage,” says Bill Watson, director of marketing at Cantina Laredo.

Customers are saying that they prefer to dine on fresh items, Magana says. “Our fish is flown in daily; our produce comes in daily,” he says. The items have to be processed and served that day to ensure freshness. No one likes to dine on yesterday’s salsa.

Moreover, Magana adds his clientele is asking for more nutritious items on the menu, explaining why ahi tuna tacos have been added. “Our customers are asking for healthier items.  And we need to deliver,” he says.

Watson adds that the 36 general managers serve as the primary pipeline for tapping consumer preference, whether it is in person, on Yelp or TripAdvisor. If one in five people is a wild card and wants a healthy item, and Cantina Laredo offers it, it overcomes the veto vote, he says. Cantina Laredo menu offers 20 gluten-free items on the menu.

The Mexican chains that ignore these changing dietary trends do so at their own risk. “As people and their dietary preferences evolve, if you don’t adapt, you could hold on to a certain amount of your clientele, but eventually it’ll catch up to you. Even Taco Bell has salads,” Johnson & Wales’ instructor Britt says.

Restaurant Operators: Know What You’re Getting Into with Contactless Payments
Slice Secures $40 Million Investment Round
Pay-at-the-Table Technology Pays Off for Restaurants