Friendly's increased portion size for many entrees to make eating at the chain more value-oriented. And then there’s always ice cream, a Friendly’s mainstay.

Can Friendly's Rediscover the Magic?

Down to 173 locations from 850, the classic family restaurant chain is ready to hit the comeback trail.
May 2019 Gary M. Stern

Like many family-dining restaurants, Friendly’s found itself in a jam. Fewer people were dining out, frequenting shopping malls, and business was down. In fact, according to a ranking of the top 500 U.S. restaurant chains, the legacy brand’s revenue plummeted 11 percent in 2018.

Something had to give. When CEO John Maguire left Friendly’s in October 2018 to take another job (he became COO at fast casual MOD pizza), the chain hired George Michel as interim CEO. Michel served as CEO of Boston Market from 2010–2018 and was brought out of retirement by Sun Capital Partners, the owner of both brands.

Friendly’s already bounced back from bankruptcy in 2012, a path a growing number of restaurant chains engage to clear debt and renegotiate leases.

Michel didn’t waste time taking action. On April 8, Friendly’s closed 23 corporate-owned restaurants in the Northeast. By April 2019, Friendly’s had shrunk to 173 restaurants, including 76 company-owned and 97 franchised.

How far has Friendly’s fallen? In 1988, it had 850 locations in 15 states, so it has lost about 75 percent of locations at its apex. The brand launched in 1935 in Springfield, Massachusetts.

A perusal of customer comments on Yelp about Friendly’s in Massachusetts reveals a restaurant chain in need of a makeover. One customer said, bluntly, the “food was nothing special. The server was not Friendly, but curt and preoccupied.” Another Friendly’s customer called “the bbq chicken sandwich and fries just bland.”

“I turn around brands that have lagged their competition,” Michel says. He looks at opportunities to boost revenue and shrink under-performing restaurants.

One of his first actions as CEO was to convene 14 general managers, without their bosses, and listen to their honest, unadulterated feedback. Michel says they suggested limiting discounting on food, discussed which menu items to eliminate, and asked for less administrative work so that they could spend more time on the floor with guests. 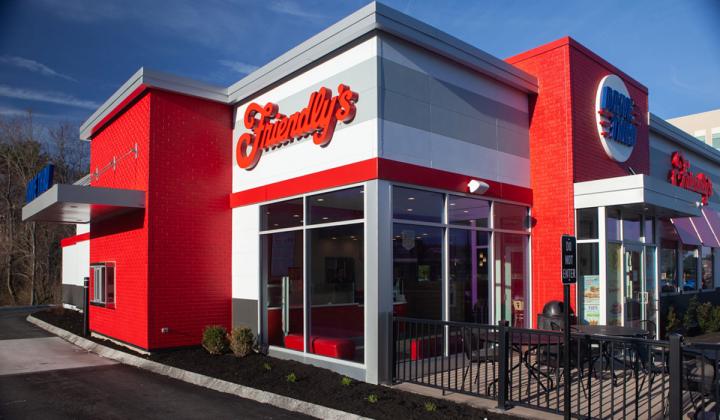 Friendly's is working on several initiatives to reenergize traffic.

Michel says one of the first components of his turnaround plan revolves around “right sizing the menu, focusing on new menu items and dietary needs.” Millennials don’t dine out by brand, but by menu items, asking questions, such as, “Where can I get a gluten-free meal?” he says.

Friendly’s new menu has two sides: one for indulgent items and the other for under 700-calories healthier choices. In the latter side, Friendly’s now offers turkey, grilled fish, and salads. Fried foods and burgers highlight the indulgent area. The brand also increased portion size for many entrees to make eating at Friendly’s more value-oriented. And then there’s always ice cream, a Friendly’s mainstay.

Shrinking the number of locations was necessary because too many outposts were “paying way above market rents and the ones we closed were losing money and we were supporting them,” Michel says.  Since it didn’t own any of the locations it closed, it required negotiating with the landlords to terminate the lease.

Emphasizing delivery and using third-party vendors like DoorDash and Uber Eats has been another tactic to boost business. Michel says the younger generation often returns home late from work, doesn’t prefer to cook, and instead opts for an app to order delivery to their door pronto. Currently deliveries constitute about 5 percent of sales, but 80 percent of delivery entails new customers and Michel thinks that revenue could spike to 10–15 percent in the next few years.

Friendly’s delivery has a competitive edge over the prepared meals served at Kroger’s, Whole Foods Market or Trader Joe’s, Michel says. “Our food is prepared fresh, but when you go the grocery store, you don’t know when the food was prepared. Who wants to buy a fresh rotisserie chicken heated under a heat lamp?” he says. 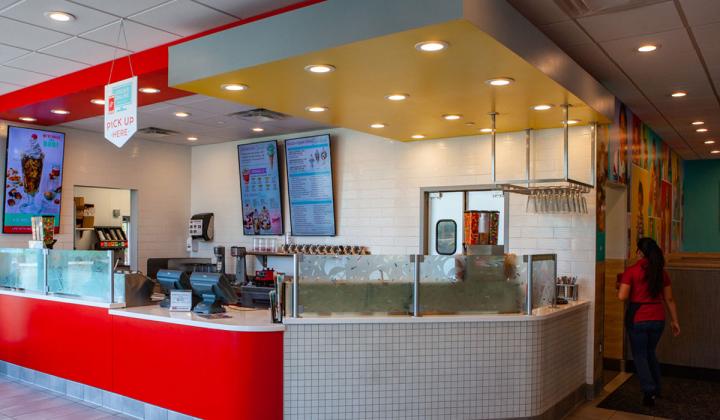 When he was CEO of Boston Market, catering sales spiked. Michel is hoping to duplicate those efforts at Friendly’s, particularly at holiday time from Thanksgiving through Christmas and end-of-year festivities. Its general managers have reached out to local big-box retailers, automobile dealerships, and large offices to alert them of Friendly’s catering options at holiday and other times.

Being owned by Sun Capital Partners has its advantages, Michel says. The company purchased Friendly’s in 2007 for $337.2 million. “First of all, they provide the financing and financial support as well as marketing and turnaround support,” he says. Michel participates in a group of 50 Sun Capital CEOs where he can learn from their experiences.

Michel has three strategies to turn Friendly’s around:

Making sure the menu is relevant to its changing clientele, including millennials and people in their 20s.

Engaging employees by listening to them “because they’re closer to the customer,” Michel says

Once same-store sales start rising, it will explore opening new restaurants “in the right locations and with the right economic terms,” he says.

Friendly’s has been grappling with “rising commodity costs and changing tastes of the consumer,” says Michael Sabitoni, department chair of Johnson & Wales University’s College of Hospitality Management, based in Providence, Rhode Island.

Yet Sabitoni also observes some underlying strengths that could enable it to rebound. When he dined at a local Friendly’s recently, he says no entrees were priced above $11. That makes it appealing to middle-class and working families who don’t want to overspend at dinner or want a night out.

But it needs to connect more with younger customers. Sabitoni associates Friendly’s with its old-fashioned “meatloaf and clam strip platters,” entrees that likely won’t lure the younger crowd. 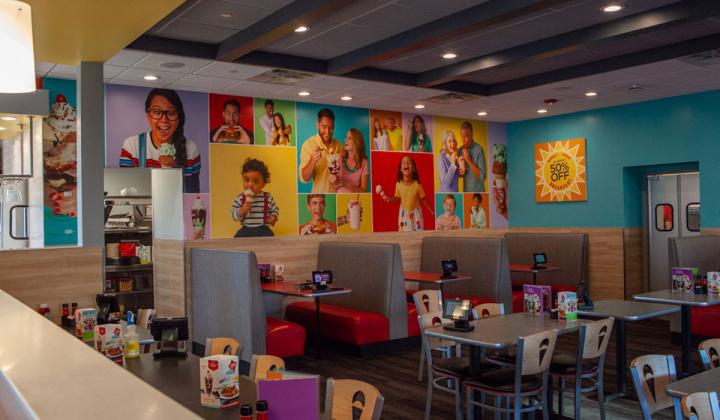 After several months of taking over as CEO, George Michel says early signs or rejuvenation are promising.

During Michel’s time at Boston Market, he embraced several of the healthier trends that appeal to a growing number of millennials, which Sabitoni expects to see highlighted at Friendly’s. Moreover, Friendly’s has to step up its mobile delivery and mobile ordering and strengthen it social media presence.

Additionally, he envisions that Michel, in the short-term, will continue to downsize locations and eliminate the under-performers.

Friendly’s can draw on its legacy as a great place to go in the Northeast for ice-cream in a family-friendly (no pun intended) environment, Sabitoni says. “But it needs to embrace other ethnic foods and step up technological offerings, which is how food is delivered to most younger people today,” he says.

After several months of taking over as CEO, Michel says early signs or rejuvenation are promising. “Sales are up about 5 percent, we’re attracting new customers and frequency has gone up,” he says. If that trend continues, Friendly’s could be back on its feet and expanding, rather than shrinking.