Fifty percent of Pizza Ranch's 211 restaurants are based in towns with fewer than 15,000 people.

Thanks to unwavering confidence throughout COVID, the Midwest brand is scheduled to grow in new and existing markets, with an overall goal of more than doubling its footprint.

The first few weeks of the pandemic were “dicey for everybody,” says Mark Souba, chief development officer for buffet concept Pizza Ranch.

There was a fair amount of uncertainty, particularly with buffets and safety concerns, but Pizza Ranch drew confidence from its unique offering. For instance, before COVID, off-premises mixed 20 percent, a robust system that prepared them well when dining rooms shut down. And when customers were able to re-enter stores, the brand leveraged FunZone Arcade, a sister concept featuring games that fulfilled pent-up demand for social experiences. Pizza Ranch’s FunZone Arcade revenues were up 72 percent in the first half of 2022.

Souba also attributes Pizza Ranch’s staying power to its 97 percent franchised system being based in smaller, close-knit communities. In fact, 50 percent of the company’s 211 stores are in towns with under 15,000 people.

“Those towns did not want to see our franchisees suffer, and they wanted to keep their Pizza Ranch in their community, so they rallied around it, and we had an out-the-door business already established to fulfill against that market need,” Souba says. “So we've always had a lot of confidence there.”

As Pizza Ranch closes 2022, Souba just doesn’t believe the buffet is stable; it’s actually “roaring back.” The concept is seeing buffet mix 75 percent, which isn’t too far off from its 80 percent grip before the pandemic arrived.

“I would describe it as back to normal, honestly,” Souba says. “We do not sense any hesitancy around our buffet … The consumers have been very accepting of it. No noticeable change from our perspective as we sit here today.”

Pizza Ranch is based in 14 states, primarily in Iowa, Minnesota, North Dakota, South Dakota, and Wisconsin, but the chain is now pushing into nearby states like Illinois, Arkansas, Tennessee, Kansas, Nebraska, Indiana, Oklahoma, Montana, Wyoming and Missouri. In 2022, the brand will finish with four new restaurants. As of November, Pizza Ranch had signed nine new franchise agreements, but Souba says a few more are expected before the year is over. The pipeline contains 18 projects, which are either under construction or in the early stages of the development process in terms of site selection, design, and financing.

In 2023, Souba predicts the opening of seven to 12 restaurants, but he acknowledges the economy is a big variable, especially with more CEOs outwardly using the word “recession” when talking to media or investors. He describes franchisee confidence levels as moderate given interest rates and labor costs. Souba adds that operators are “slow playing” development to see how the environment shakes out.

“We haven't seen any really drop out of our funnel, but the projects have slowed up largely due to supply chain,” Souba says. “Honestly, we've fought some supply chain issues throughout the year with various pieces of equipment. That's probably been the bigger concern.” 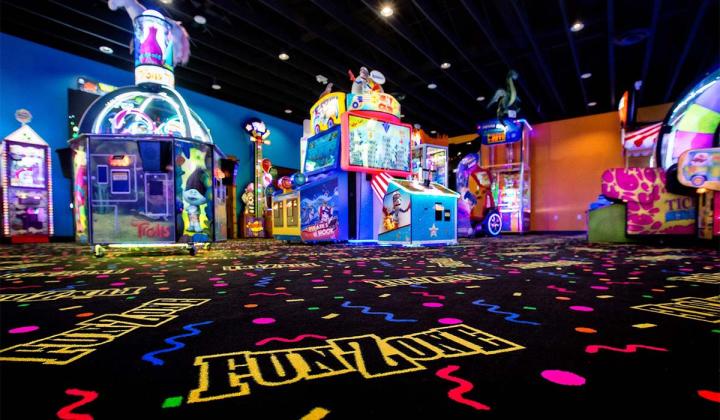 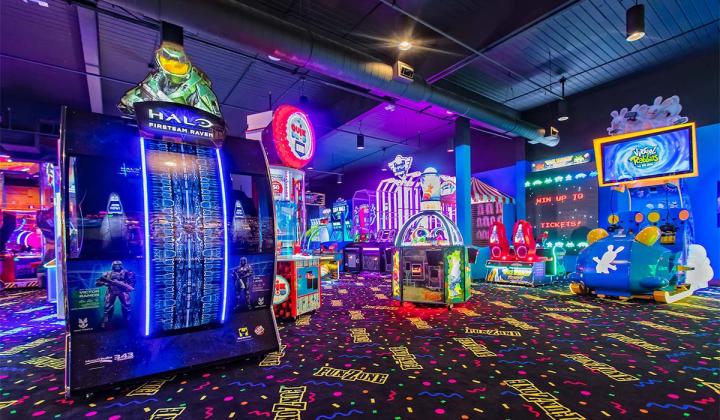 FunZone Arcade will be attached to 60 Pizza Ranch restaurants at the end of 2022, after opening 18 throughout the year. Of that figure, about 30 are retrofits or additions to existing stores. It’s a massive jump from 2018, when there were just seven FunZone Arcades. In 2023, there should be between 15-18 arcade debuts.

Going forward, all new Pizza Ranch stores will automatically include a FunZone Arcade. But there’s a lot of demand among franchisees to add games to current stores, too. Souba wouldn’t call it a tricky process to tack on a FunZone Arcade, but the company does consider a lot of variables. For the most part, Pizza Ranch is either constructing an addition to the building or taking adjacent leased space in a strip center. A typical situation is a Pizza Ranch with 5,000 square feet, folding in a FunZone Arcade at 1,500 square feet. Because of lower labor and overhead costs associated with amusement, margins are quite favorable, making it an attractive investment for franchisees, Souba says.

“It drives traffic not only to the arcade, so we're picking up additional revenue there, but it's also driving traffic to the restaurant,” he says. “So we're seeing a nice lift in our overall business.”

In light of rising construction costs, Pizza Ranch is looking to rightsize its real estate footprint, but that doesn’t necessarily mean less square footage, Souba says. It could mean going with smaller dining rooms in favor of a larger arcade section.

The innovation is an example of what keeps Pizza Ranch growing, despite downward economic cycles. Adrie Groeneweg, who founded the concept in 1981 in Hull, Iowa, told FSR in April that he wants the company to reach 500 locations before he retires. That calls for a pace of about 25 annual net openings in the next decade, a mark Pizza Ranch would have to work its way up to.

But the foundation is being laid. Souba notes that Pizza Ranch opened its first location in Tennessee late in 2021, and the company is looking at several new projects in the state. In addition, the brand signed new franchise agreements in Oklahoma, which will be a new market for the chain.

“Growth is definitely on the horizon for us, and we’ll continue to be a growth concept,” Souba says.