Buffalo Wings & Rings didn't do anything drastic when wing prices soared, which turned out to be a wise decision.

How the growing chain stood its ground, and put together its best financial year in history.
April 2018 Danny Klein

Buffalo Wings & Rings stayed cool as the chicken community panicked. You couldn’t really blame them. Wing prices in August were running over $2 per pound—more than 60 cents per pound higher than the running 10-year average, according to a report by Mizuho Restaurant and Proteins Analyst Jeremy Scott. The commodity burden clipped profits around the country, especially for those brands, like Buffalo Wings & Rings, known for flats and drums. Yet there was one differentiating factor: As competitors attempted to shift consumer preference, Buffalo Wings & Rings created an in-house chicken task force and stayed put. In reality, the 75-unit chain didn’t do much. It was a no-decision decision that paid serious dividends.

“When we looked at it, we realized it would require a significant change and what everyone was trying to do was shift consumer behavior from bone-in to boneless. But typically consumers are not going to shift,” says Nader Masadeh, CEO of Buffalo Wings & Rings. “We just took a step back and said, ‘You know what, it’s a commodity, we’ll ride the wave, and we’ll continue to provide a club level, sports experience to our guests with good food and good service and it will carry us through.’”

That approach was far removed from some competitors. Buffalo Wild Wings, in one example, axed its Half-Price Wing Tuesday deal at company stores in favor of a Boneless BOGO offering. In January, The Motley Fool, in an article titled “Buffalo Wild Wings' Latest Promotion May Have Stalled Its Turnaround,” discussed how the switch resonated (or didn’t) with some customers. Data from the NPD Group showed that U.S. restaurants sold 1.1 billion servings of bone-in wings in the 12 months ended September, or 64 percent of the overall wing market. And despite rising prices, as Bloomberg pointed out, traditional-wing servings lifted 6 percent as boneless fell the same amount.

Wingstop was another brand that shifted strategy, creating a split-menu to break apart its boneless and bone-in offerings. The company had 11 percent bone-in inflation during the first and second quarters, and the split menu allowed modest price increases on bone-in wings.

Naturally, the scale of these decisions is different (Buffalo Wild Wings has 1,200-plus units and Wingstop has 1,110-plus), but Buffalo Wings & Rings understood what worked best for its system and customer base, and stuck to it. The company hunkered down and the let the storm gather. And once the market adjusted itself, Masadeh says the chain stood in an enviable spot. 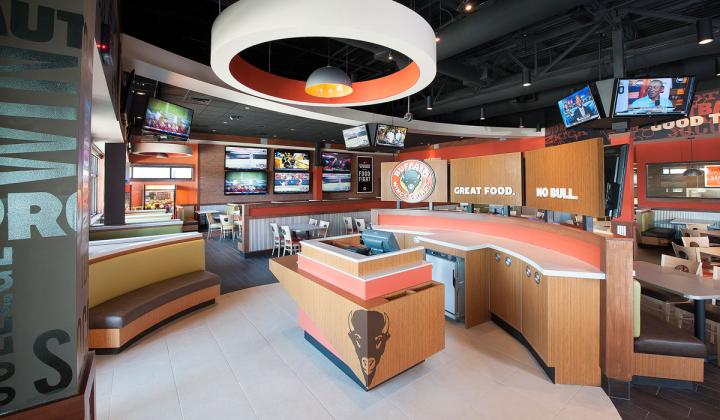 “We were just a little bit smarter than the other guys, saying hey, listen, all of these strategies aren’t just going to work out,” he says. “… It’s our in-depth, in-touch strategy with our consumers and understanding consumer behavior. And sometimes I think that’s where a lot of brands miss the point. They sit in a room and talk about ideas where in reality the execution will fail. The strategy is as good as the execution and sometimes a lot of brands miss that point. We center all of our decisions through consumer insights and our franchisees, too.”

The experience was part of a watershed year for the Cincinnati-based brand. Buffalo Wings & Rings hit the $100 million mark in systemwide sales for the first time and grew its restaurant count by 10 percent. In 2018, it expects to expand another 10 percent, add 300 jobs across the system, and sign 10 new franchise deals to stuff the pipeline.

Philip Schram, chief development officer of Buffalo Wings & Rings, purchased the brand—founded in 1984—in 2005 with a management team led by Schram, Masadeh, and Haytham David.

The fact its owners are also leading operations isn’t a fact Schram believes is lost on franchisees.

“All the profits that are made stay in the company and I think the franchisees really appreciate that,” he says. “There is commitment from the ownership. That cascades down to the executive team of the company. We’re all very involved in the decision-making progress.”

Currently, Schram is drawing a 120-mile radius around Cincinnati to drive the brand’s growth from the inside out. There’s a restaurant in Tennessee, three in Illinois, four in Kentucky, six in Indiana, and 14 in Ohio. The company is focused on bringing units to Michigan and Pennsylvania. It also has plans for Florida and Texas, and expects to debut in Minnesota and Kansas to link its established markets—all before the 2018 calendar turns over. In 2017, the company opened new restaurants in Ohio, Kentucky, Florida, Nebraska, and North Dakota.

"We’re sort of a category in our own. We don’t belong in the casual-dining segment. We’re in this wings-sports restaurant, casual, entertainment, definition. So we live on an island because we have several components in our category." — Nader Masadeh, CEO of Buffalo Wings & Rings. 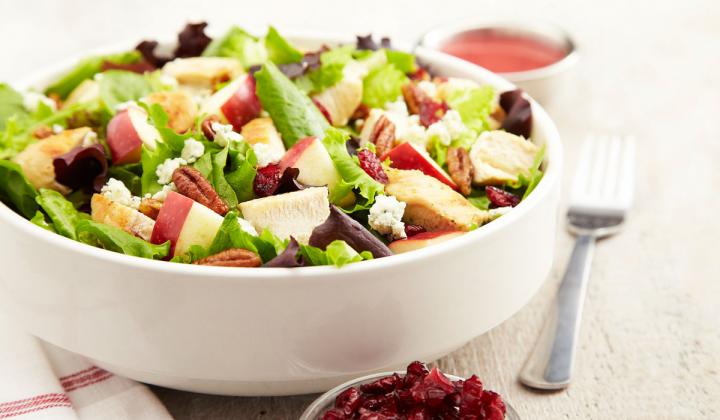 The chain is also unique in that it starts with one franchisee agreement. “And then typically, after I would say six months to one year, then we discuss a larger contract,” Schram says. “We are not chasing the big-store deal that never happens. It’s more one at a time.” Total investment to open a Buffalo Wings & Rings franchise ranges between $1.2–$3-million. Franchise candidates should have liquid capital of $300,000 or higher and a net worth of at least $1 million

Since buying Buffalo Wings & Rings in 2005, the group has multiplied its domestic footprint by 10 and average-unit volumes threefold.

Masadeh says the company’s growth in face of casual-dining’s struggles doesn’t surprise him.

“We’re sort of a category in our own. We don’t belong in the casual-dining segment. We’re in this wings-sports restaurant, casual, entertainment, definition. So we live on an island because we have several components in our category,” he says.

Another driver: Buffalo Wings & Rings prices its menu like a fast casual. Outside of wings, nothing on the menu costs more than $11.99, and that’s for Bayou Salmon. Boneless and bone-in run the same price, and are just over $1 per wing (20 cost $20.99). Also, from a Santa Fe Steak sandwich to burgers to quesadillas and five different salads, the chain doesn’t box itself into the sport-bar, wing-dominated universe.

"Our price point is much better than the casual dining," Masadeh says. "You’re not going to find a steak or ribs at $15 on our menu. Everything is priced close to the fast-casual segment."

“These things separate us from the casual dining crowd and the declining traffic in that segment, and helps us be on our own and plow our way through this,” he adds.

As Buffalo Wings & Rings grows, Schram says they’ll aim for a 90 percent franchised model. Currently, there are just four company-owned stores, so the chain is slightly under the ratio.

The company units allow Buffalo Wings & Rings to test new menu items, a robust process that also often involves franchisees in value markets. Some years, the company will also use its franchise conference to bounce ideas off operators.

Masadeh says the company continues to conduct consumer research in hopes of staying ahead of the shifting consumer tides. Right now, off-premise is the big ticket.

Buffalo Wings & Rings does about 15 percent of its business from carryout—another differentiator in the casual-dining segment, Masadeh says. In comparison, Applebee’s is reporting 9 percent in the category currently, with hopes to double by 2022. Outback wants to reach 25 percent in time.

Masadeh says this reality has presented challenges since Buffalo Wings & Rings wants to carry over that “club-level” experience to take-out customers.

“We’re testing a number of things. One of them is now we’ve redesigned the store to have a dedicated carryout door and station away from the main entrance,” he says. “We have launched an app where you can do online ordering. We are testing some delivery options with a third party. We do have a catering menu that we’re refining. We’re looking into our carryout packaging. There are a lot of initiatives to try to capitalize on the off-premise consumption.”

Online ordering is live in about 80 percent of the chain’s markets. It was launched early last year and the company added a mobile app in the fourth quarter of 2017.

It has served a dual purpose for the brand, he says. On one end, it shifted the burden from call-in orders and also allowed the customer to take initiative when ordering. At the same time, it provided uplift in the number of orders coming through.

In 2018, the chain says it will continue investing in the restaurant experience, which involves the evolution of Buffalo Wings & Rings’ store design (more details coming later in the year).

“We’re trying to understand what does the future hold for restaurants in general and what consumers would be looking for and try to forecast and design the store to meet their future needs,” Masadeh says. “We’re fully committed to this.”