What's in store for the 1,200-unit chain under Inspire Brands?

Outside of saying it planned to keep buying chains, Inspire Brands has been relatively tight-lipped since shaking up the restaurant landscape. After closing a $2.9 billion deal for Buffalo Wild Wings in February, Arby’s Restaurant Group morphed into the new company, fueled by private-equity giant Roark Capital, with chief executive Paul Brown at the helm. This purchase included fast casual R Taco. Now, some changes are starting to take form, including executive appointments and the $450 million purchase of 12.3 percent ownership interest from Wendy’s.

The latest is the appointment of Seth Freeman as chief marketing officer of Buffalo Wild Wings. He will lead all brand experience, culinary, advertising, and digital efforts for the 1,200-plus unit chain, Inspire Brands said in an August 27 release. Don Crocker, who served in a variety of senior leadership roles at Chick-fil-A’s real estate, restaurant development and supply chain functions, joined Inspire Brands last week as SVP of real estate.

Freeman arrives from InterContinental Hotels Group, where he worked across several brands, “leading high-profile guest experience and design initiatives, partnering with franchisees across over 2,000 locations to drive growth, and overseeing award-winning marketing campaigns for Holiday Inn Express,” the company said. 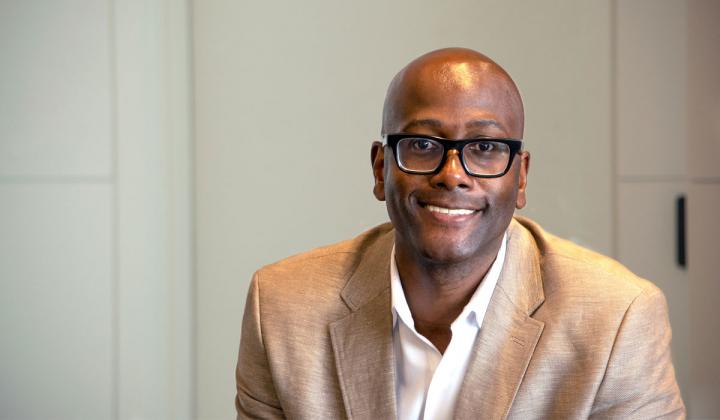 Most recently, Freeman was head of global brand and commercial performance for Holiday Inn. Previously, he was a senior brand manager at The Coca-Cola Company, where he directed end-to-end brand stewardship for Gold Peak Tea and sponsorship integrations with NASCAR and FIFA World Cup for the Coke brand.

The hotel connection is worth following since Inspire Brands has referenced the multiple-chain portfolios used by hotels as an example for the company’s possible future.

Brown previously outlined the concept as follows: He said he wants to organize the company like Hilton Hotels & Resorts. The company uses one loyalty program for all its different properties. Inspire Brands would stand out from its competitors in this fashion, as most companies stay within a specific segment. Darden, Brinker International, and Bloomin’ Brands, for example, operate casual dining chains across different full-service fields. YUM! Brands, the owner of Taco Bell, KFC, and Pizza Hut, sticks to fast food, as does Restaurant Brands International with Burger King, Tim Hortons, and Popeyes.

According to an interview with The Wall Street Journal, Brown said Inspire Brands wants to capture more visits from the same customers. Meaning the group hopes to keep guests across all dayparts, price points, and interests.

Brown added that Inspire Brands would aim for a future that includes purchasing “brands that span multiple occasions, up and down the spectrum.” Brown didn’t offer specifics at the time, but said Inspire Brands envisions buying no more than 10 chains, with systemwide sales between $1 billion–$4.5 billion each. He also said the company would look at adding a mix of franchise-owned and company-owned chains.

In regards to Buffalo Wild Wings, the last we heard from the chain it estimated its financial performance for fiscal 2017 with same-store sales ranging from negative 1.6–1.7 percent, with total revenues for the year between $2.067–$2.069 million compared to $2.026 million in the prior-year period. It also estimated net earnings including noncontrolling interests to range between $70–$72 million versus $64 million the previous year. Buffalo Wild Wings’ total store net count increased nine restaurants in the year from the 1,246 units it had as of September 24, 2017.

The deal with Arby’s Restaurant Group, for $157 per share in cash, took Buffalo Wild Wings private.

A window into its more recent performance, however, could be gleaned from the results of Diversified Restaurant Holdings, one of Buffalo Wild Wings’ largest franchisees. The 65-unit operator saw its same-store sales decline 6.4 percent and posted a $1.1 million net loss in the second quarter that ended July 1. Despite paying $1.66 per pound for wings compared to $2.03 in the year-ago period, losses built from last year’s deficit of $291,000. Sales of $37 million were down 7.3 percent thanks to “reduced traffic due to corporate promotional, marketing, and media strategies carried over from the latter half of 2017, as well as revenue deferral related to new loyalty program,” DRH said. Average check was up 4.4 percent offset by a sizable 10.9 percent decline in traffic.

The company added: “BWW’s vast departure from historical marketing and media strategies beginning in the fall of 2017, as well as a shift in promotional offerings, led to significant departure from casual dining industry trends over the last three quarters; system-wide same-store sales fell dramatically in response to these changes.”

“However, we have great optimism in the changes made to embrace the fall football campaign, driving traffic at the end of Q3 and through Q4 2018,” it added.

So there appears to be punch in DRH’s claim.

Plenty of changes are coming, however, backed by the financial force of Roark, which owns a stake in Jimmy John’s, FOCUS Brands, CKE Restaurants, and others. In early August, Buffalo Wild Wings also said it was looking into sports betting. Buffalo Wild Wings' summer menu included items such as Salted Caramel BBQ, Over the Top Nachos, Monster Pulled Pork Cuban, and a Smothered Cheese Steak Quesadilla.

Also, it has a comeback track record from Arby’s to follow.

Arby’s was formerly part of Wendy’s Co. until Roark Capital Group purchased it in 2011. In 2010, sales from stores open for more than a year dropped 5.8 percent from the previous year, playing a hand in the $4.3 million loss seen by parent company Wendy’s/Arby’s Group Inc.