John Bowie, who has been serving as interim president of Buffalo Wild Wings since February 2018, will resume his responsibilities as chief operating officer.

New-look Buffalo Wild Wings has a new president, and he’s not from the restaurant industry. Inspire Brands, the umbrella company of the 1,200-unit brand, Rusty Taco, and Arby’s, announced September 17 that Lyle Tick, managing director for Walgreens Boots Alliance beauty brands business in the Americas, was appointed to the position.

“We are thrilled to welcome Lyle to Buffalo Wild Wings,” said Paul Brown, Inspire Brands’ CEO, in a statement. “His deep experience with global retailers and spirit brands makes Lyle the ideal leader to help us re-ignite and grow the Buffalo Wild Wings brand.”

Tick also worked for Bacardi, where he served as senior global category director, based in London, and vice president of marketing for North America, based in Miami. Before Bacardi, he held a variety of roles within marketing and advertising agencies, including J. Walter Thompson, Gotham, McGarryBowen, and DDB. He was chief growth officer at J. Walter Thompson and co-president of Gotham. 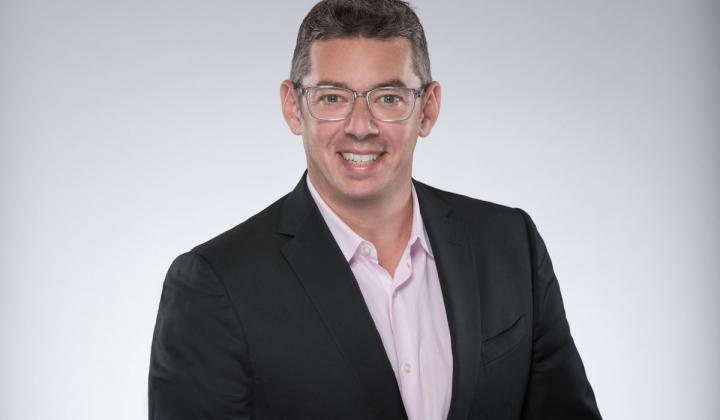 Lyle Tick is taking the reins during a transformational period for Buffalo Wild Wings.

“I’ve been a fan of Buffalo Wild Wings for many years, and this is an exciting time for the brand,” Tick added in a statement. “Through the capabilities and resources of the Inspire platform, we’re building a talented team to ensure that Buffalo Wild Wings is well positioned for long-term growth.”

John Bowie, who has been serving as interim president of Buffalo Wild Wings since February 2018, will resume his responsibilities as chief operating officer. “John has done a remarkable job leading Buffalo Wild Wings and helping us create a new vision for the brand,” Brown said. “His knowledge of restaurant operations is unmatched, and he is a wonderful asset to the brand’s leadership team.”

Backed by Roark Capital in the deal, Inspire Brands formed February in the wake of Arby’s $2.9 billion purchase of Buffalo Wild Wings. It unveiled late August plans to build a $32 million headquarters in Sandy Springs, Georgia. The company said the expansion would take place over the next six years and create more than 1,100 jobs. Inspire Brands received $1.1 million in incentives through Georgia’s Regional Economic Business Assistant program. The company has said it could purchase “brands that space multiple occasions, up and down the spectrum.” Not just multiple brands in fast food, casual dining, and fast casual, but big hitters, too. Brown didn’t offer specifics in February but said Inspire Brands Inc. envisions buying no more than 10 chains, with systemwide sales between $1 billion–$4.5 billion each. He also said the company would look at adding a mix of franchise-owned and company-owned chains.

The Tick hire follows Buffalo Wild Wing’s August appointment of Seth Freeman as chief marketing officer. Like Brown, Freeman clocked time at InterContinental Hotels Group, where he worked across several brands, “leading high-profile guest experience and design initiatives, partnering with franchisees across over 2,000 locations to drive growth, and overseeing award-winning marketing campaigns for Holiday Inn Express,” the company said. Most recently, Freeman was head of global brand and commercial performance for Holiday Inn. Previously, he was a senior brand manager at The Coca-Cola Company, where he directed end-to-end brand stewardship for Gold Peak Tea and sponsorship integrations with NASCAR and FIFA World Cup for the Coke brand.

Brown was senior vice president of global brand services at InterContinental. Additionally, he worked as president of brands and commercial services and executive vice president at Hilton Worldwide Holdings Inc., as well as positions with Northwest Airlines, Expedia, and McKinsey & Co.

It’s not overly surprising to see Buffalo Wild Wings build a leadership team outside of the typical restaurant executive bounce-around formula. Brown has referenced the multiple-chain portfolios used by hotels as an example for the company’s possible structure. He said he wants to organize the company like Hilton Hotels & Resorts. The company uses one loyalty program for all its different properties. Inspire Brands would stand out from its competitors in this fashion, as most companies stay within a specific segment. Darden, Brinker International, and Bloomin’ Brands, for example, operate casual dining chains across different full-service fields. YUM! Brands, the owner of Taco Bell, KFC, and Pizza Hut, sticks to fast food, as does Restaurant Brands International with Burger King, Tim Hortons, and Popeyes.

The idea being that Inspire Brands could capture more visits from the same customers, and service all manners of guests across all dayparts, price points, and interests.

The chain struck a deal with fantasy site DraftKings to kick off a football-focused new campaign for the NFL season. This included an exclusive fantasy game, value menu, marketing push, and other activations, especially in regards to its Blazin’ Rewards program. Notably, the Blazin’ Fantasy Football game, available on mobile through its rewards app and exclusive to rewards members, allows customers to compete for prizes each week, including free wings for a year, gift cards, and points.

It also used the occasion to launch a fresh creative campaign, developed by Figliulo&Partners, called “Escape to Football.” Buffalo Wild Wings refreshed its logo as well with a neutral brown and honey mustard color palette and an updated buffalo that is forward-leaning. The football-focused menu launched September 6 and features new items starting at $5.

There are two new items: Bratwurst & Fries, and a 38-ounce domestic pitcher of beer option. The menu will be available Monday through Friday at participating locations.

Before going private, Buffalo Wild Wings estimated its financial performance for fiscal 2017 with same-store sales ranging from negative 1.6–1.7 percent, with total revenues for the year between $2.067–$2.069 million compared to $2.026 million in the prior-year period. In the third quarter of fiscal 2017, the company reported a net earnings decrease of nearly 20 percent as its cost of sales rose to 30.8 percent of restaurant sales from 28.9 percent during the same quarter last year. Buffalo Wild Wings posted adjusted earnings per share of $1.36. Same-store sales decreased 2.3 percent at company-owned restaurants and fell by 3.2 percent at franchise locations. Overall sales rose by 0.5 percent to $473 million while revenue also increased 0.5 percent to $496.7 million.