Buffalo Wild Wings might never look the same. Will that be a good or bad thing? Only time will tell.

Friday's shareholder meeting was a seismic event for the chain.
June 2017 Danny Klein

Someday, Friday’s shareholder meeting will occupy a notch in Buffalo Wild Wing’s history as a restaurant company. The event signaled the end of a 21-year era and ushered in an unknown, and previously beleaguered, entity. But how this turning point will be defined, whether for the betterment or detriment of the iconic chain, is something the two warring sides can’t agree on, and likely won’t anytime soon, if ever.

The day began with the announcement that CEO Sally Smith would retire before the end of the year. Then investors voted to add Marcato Capital Management LP nominees Scott Bergren, the CEO of Pizza Hut, CIT Foods CEO Sam Rovit, and Mick McGuire to the board. The turn of events was a resounding win for the activist investor, a San Francisco-based hedge fund that owns a 9.9 percent stake in the company. Ever since August 2016, when McGuire, Marcato’s founder and managing partner, railed against Buffalo Wild Wings’ management in an open letter, the relationship between the parties has progressed in he-said, she-said fashion with the future of the company in the balance.

“We are very pleased that our fellow BWLD shareholders recognize that additional change on the board is warranted to return Buffalo Wild Wings to a path of growth and long-term value creation. We will bring the fresh perspectives, restaurant industry expertise and oversight the BWLD Board needs to spearhead improvements at the Company,” McGuire said in a statement. “Scott, Sam, and I are eager to roll up our sleeves, and work closely with the incumbent directors to drive a strategy to make Buffalo Wild Wings a winning company again."

In February, Marcato nominated four members to the board. Buffalo Wild Wings accepted just one, Rovit. In the end, only Lee Sanders was not supported by investors. And with Smith’s announcement to step down, it appears Marcato will be able to move forward with its plan to sell swaths of company-owned stores to franchisees.

Marcato has called for more than 500 company-owned units to be sold by 2020, a strategy Buffalo Wild Wings referred to as “speculative, aggressive or simply impossible,” citing the cautionary tale of DineEquity brand Applebee’s. 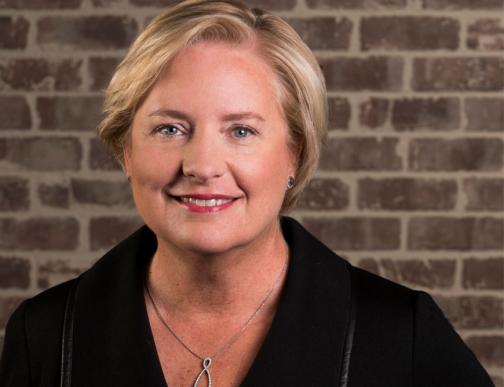 “Marcato was very supportive of the major refranchising at Applebee’s of approximately 480 stores, a process that took five years. However, same-store sales growth has struggled following Applebee’s transition to an approximately 99 percent franchised system and the stock has significantly underperformed,” Buffalo Wild Wings said in March. “… The stock of DineEquity has underperformed the casual dining sector because Applebee’s has struggled as a business now that it is fully franchised.”

Applebee’s same-store sales declined 7.9 percent in the first quarter of this year.

Smith has been the acting CEO of Buffalo Wild Wings since 1996, when the company had less than 100 locations. There are currently more than 1,220 Buffalo Wild Wings stores around the world. Smith withdrew her candidacy for election to the board Friday, and the board will not be nominating a replacement.

“Sally has delivered countless contributions to Buffalo Wild Wings for more than two decades and much of our success to date is directly attributed to her leadership," said Jerry R. Rose, chairman of the Board of Buffalo Wild Wings, in a statement. "Under her guidance and stewardship, Buffalo Wild Wings has transformed into an industry leader, and we look forward to continuing to work together to ensure a seamless transition of executive leadership."

Buffalo Wild Wings said Smith will continue to serve as president and CEO until the end of the year or until a successor has been named.

“I am proud of Buffalo Wild Wings' tremendous success. We have made great strides in executing our strategic plan and continuing to innovate to stay ahead of the competition," Smith said in a statement. "I will focus on leading Buffalo Wild Wings and driving value-creating change until we are ready to make a smooth transition. I am confident that the company, including its excellent management and Board, are solidly positioned for its next phase of growth and development. I would like to thank the entire team at the home office, in the field and in the restaurants, as well as all of our franchisees, for their hard work and commitment over our more than 20 year history together and look forward to watching the company's next chapter of growth."

One thing Marcato had in its favor was Buffalo Wild Wings’ recent performance, or lack thereof. The company missed expectations in its first-quarter earnings, reporting adjusted earnings of $1.44 a share, which fell 19.1 percent year-over-year and missed Wall Street estimates by 24 cents. Same-store sales did climb back into the positive, but just to 0.5 percent at company-owned stores and 0.6 percent at franchised locations. Total revenue grew 5.2 percent to $534.8 million, which also fell short of the predicted $535.9 million from Zacks.

This resulted in a reduced full-year guidance of same-store sales growth of 1 percent, down from 1—2 percent.

Buffalo Wild Wings announced during the earnings release that it was starting a process with The Cypress Group to refranchise 13 percent of its stores, a move Marcato scoffed at, saying the “changes do not go far enough,” and calling Buffalo Wild Wings’ actions “desperate.” McGuire even lobbied for Smith to step down in April. Marcato wants the company to go from around a 50—50 mix to 90 percent franchised and accelerate international expansion.

Overall, shareholders voted to elect Buffalo Wild Wings  nominees , , , , , and , and  and McGuire.

Commenting on the results,  issued the following statement:

"The Buffalo Wild Wings Board and management team want to thank all of the shareholders who participated in the process. We look forward to working constructively with the new directors to achieve our shared objective of driving value for  shareholders."