With a new CEO at the helm, On The Border has big plans for the future.

On The Border's Quest to Become a Billion-Dollar Brand

The nation's largest sit-down Mexican chain believes it has all the tools to lead the industry.
May 2018 Danny Klein

Given all of the changes imprinting the full-service restaurant industry, from off-premise to kiosks to mobile ordering and delivery, Matt Hood believes this mentality is what separates stale concepts from contenders. On The Border has lived by this ideology for 36 years.

These factors weren’t the sole reason Hood decided to join 158-unit On The Border as its chief executive officer in April. But they certainly didn’t hurt. He arrived at the nation’s largest sit-down Mexican chain from The Habit Restaurants, where he was chief marketing officer. Hood also clocked time as CMO of casual brand BJ’s Restaurants and was SVP of marketing and brand development for Carino’s Italian Grill. Serendipitously, Hood’s restaurant career began with Brinker International during the time it purchased On The Border in 1994 (it signed a deal with OTB Acquisition LLC, an affiliate of Golden Gate Capital, to sell the brand in 2010 before Argonne Capital completed its purchase of On The Border in June 2014). Even back then, Hood remembers the energy around the concept, and the unique vibe it brought to the table.

“The energy around On The Border has always been really high, and especially in those early days around patios and the cantina,” he says. “It was just the energy and the vibrancy of the flavors, and the hospitality. We all knew it was this really unique, special brand.”

“Now to come back some 20-something plus years later and to be a part of the team, and see how much it’s maintained the integrity of those early days, is really exciting,” Hood added.

Since 2013, On The Border has opened 16 restaurants, including nine in the past two years. In 2017, the company remodeled nine locations after refreshing three the year before. The growth has been on the company side, but it’s just the beginning. Even with an already solid footprint, Hood says On The Border has plenty of whitespace to expand into new markets. There are currently units in 32 states, Puerto Rico, and Asia.

"Personally, I think we’ve got a great runway to be a billion-dollar brand. Our goal is to get there, and we’ve got the roadmap and the team to do it.” — Matt Hood, On The Border CEO. 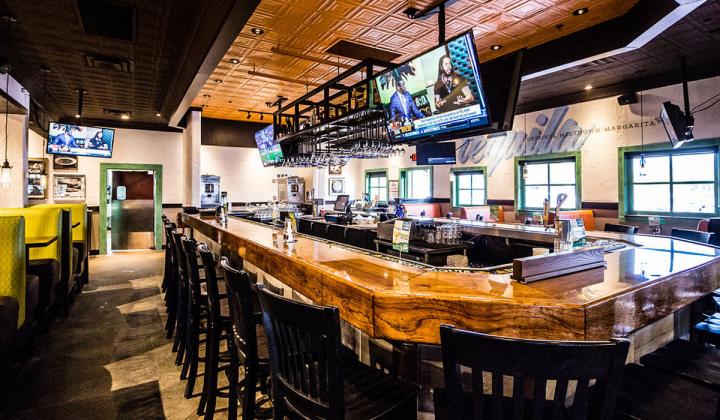 On The Border's remodeling program is key to keeping its vibrant atmosphere up front and center. 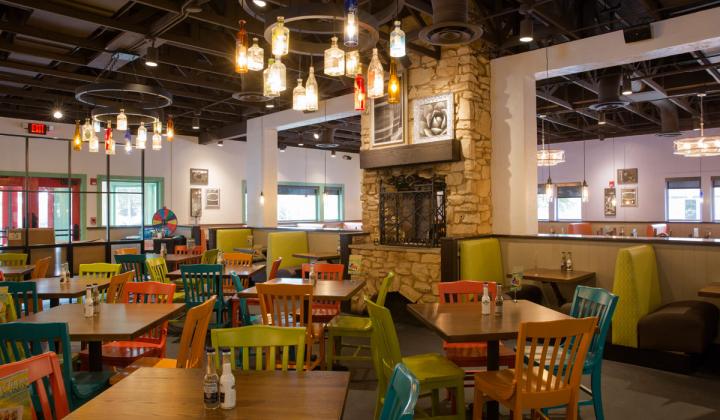 The chain remodeled nine locations in 2017.

“Personally, I think we’ve got a great runway to be a billion-dollar brand,” Hood says. “Our goal is to get there, and we’ve got the roadmap and the team to do it.”

There are several reasons Hood feels this way.

As he alluded to, On The Border’s core traits have it positioned to lead a pack of chains playing catch-up.

Convenience. On The Border is simply built for catering and off-premise. Does a steak or burger or fries travel well? That question doesn’t touch the Mexican segment nearly as much.

“Our ability to meet the guest where they are and where they want to be—that is a trend that has allowed us to outpace the industry for the past several years and continue in 2018,” he says. “Our growth in off-premise and catering and delivery is growing at a faster rate than any other part of the casual dining sector.”

“We have catering, off-premise, delivery, both internally and third party,” Hood continues. “So we have the ability not only to take care of guests, large parties, and big groups inside our restaurants, but we have the ability to set up catering and special events off-site as well. That off-site off-premise part of the business continues to grow and delivery, specifically, is one where we’re seeing a lot of traction because Mexican travels so well. And our flavor profile is so well known.”

Digital technology. There are more than a million guests in On The Border’s CRM database. Hood adds that the chain is working on a number of initiatives to help guests not just order On The Border’s food, but to also engage with the brand.

“We’ve been building great communication tools and ways to engage with our guest in the way that they want to be communicated with,” he says. “So we’ve got a good nice running head start there.” 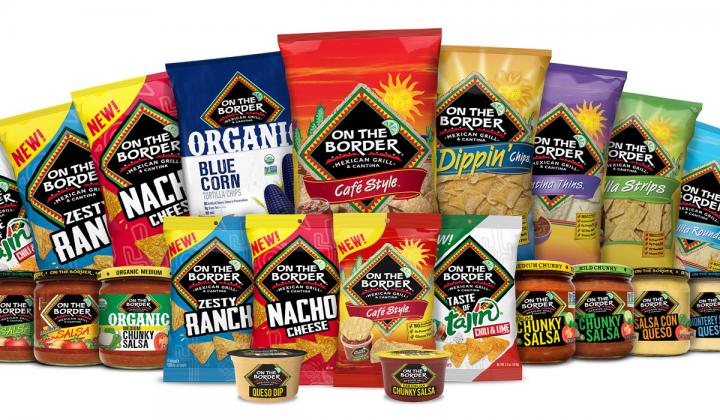 On The Border's retail presence will help it expand into new markets.

Thinking outside the four walls. On The Border’s consumer packaged goods line allows the brand to feel even bigger than it is, Hood says. It sells nine varieties of chips (Café, Rounds, Strips, Thins, FDC, Organic Blue, Nacho Cheese, Zesty Ranch, and Tajin), salsas (Verde, Chunky Mild, Chunky Medium, Cantina Mild, Cantina Medium, Organic Medium, Original Mild, Original Medium and Original Hot), and three varieties of queso (Salsa Con Queso, Monterey Jack and Queso Dip Cups) at retail outlets around the nation. In addition to the branding benefits and sales, of course, Hood says this segment of On The Border’s business will allow it to expand seamlessly around the country.

“This just gives that much more credibility as a brand as we come into new markets and guests engage with us in a lot of the different ways,” he says.

Returning to Hood’s first point, fine dining has seen a consistent lift in traffic, according to TDn2K’s monthly data, despite the overall negative trends facing restaurant brands. Why? Hood suggests diners, who are still willing to fork up funds for food as a means of entertainment, want to spend it on experience as much as flavor. On The Border builds loyalty with its customers by creating an experiential relationship that promises something more than a quick bite. The promise also helps sway someone from, say, parking in the drive thru to electing for a night out that accomplishes more than just a quick fill-up.

“We have always prided ourselves on great hospitality. The ability to have this really energetic, lively, vibrant atmosphere—and we’re continuing to invest in our restaurants. We need to make sure that we lean into that, because it is core to our brand. Always has been and always will be.