On The Border began reopening restaurants in May.

On The Border Names New CEO, CFO in Leadership Shakeup

The duo last worked at Krystal.

On The Border Mexican Grill & Cantina shook up its leadership Wednesday. The 130-unit chain named Tim Ward president and CEO and Bruce Vermilyea CFO. Both arrive from The Krystal Company, which declared Chapter 11 bankruptcy in January before agreeing five months later to a $48 million deal with an affiliate of senior lender Fortress Investment Group.

Ward and Vermilyea’s roles at Krystal were announced in November 2019 when CEO Paul Macaluso left the 88-year-old chain (he’s now CEO at Another Broken Egg Café).

Ward succeeds Matt Hood at On The Border. Hood joined in April 2018 after serving as CMO at The Habit Restaurants, now owned by Yum! Brands. He also previously led marketing at BJ’S Restaurants and was SVP of marketing and brand development for Carino’s Italian Grill.

On The Border didn’t give a reason for Hood’s departure. 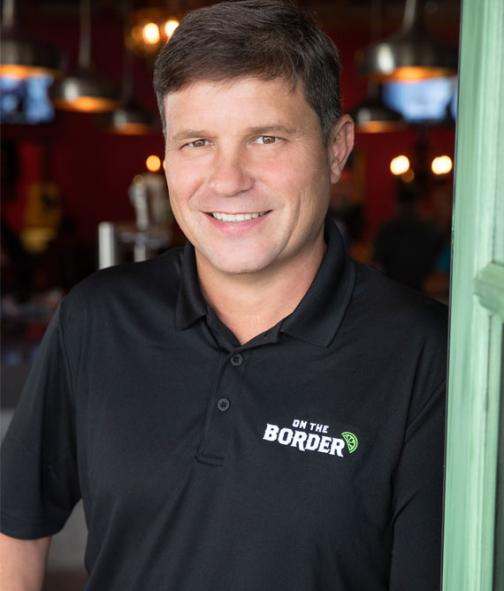 Tim Ward arrives from Krystal, and Captain D's before that.

Before Krystal, Ward worked as COO at quick-service chain Captain D’s. During his tenure, the company reported eight straight years of positive same-store sales and developed a pipeline of more than 100 locations. He also clocked time at Arby's/RTM and NPC International/Pizza Hut.

“I’m honored by the opportunity to lead On The Border,” Ward said in a statement. “This brand has strong roots and has shown great resilience during the COVID-19 crisis. This pandemic has given us a unique opportunity to really rethink this brand and how we can best serve our loyal customers. I am encouraged by our recent sales trends and look forward to working with our dedicated team members on On The Border’s next chapter.”

Vermilyea has deep roots in the restaurant business as well. Notably, he spent 18 years with Qdoba Restaurant Corporation, including three as CFO. The fast casual ballooned from 25 locations to more than 750 in that time.

“Tim and Bruce have a history of working together to drive results, so we are thrilled they have agreed to lead On The Border,” added Michael A. Klump, founder and CEO of Argonne Capital Group, which owns On The Border. “On The Border is an iconic Mexican chain that will benefit greatly from the passion and exacting standards Tim and Bruce will bring to the organization.”

Argonne Capital Group is the same company that directed Krystal ahead of its sale and was at the helm when Ward and Vermilyea were brought in. The firm purchased Krystal from Port Royal Holdings in 2012.

Effective upon the May sale to Fortress Investment Group, a deal that involved a $27 million credit bid and the assumption of liabilities up to $21.5 million from Fortress affiliate DB KRST Investors LLC, Thomas Stager took over operations as Krystal president. He replaced Ward, who along with former Vermilyea, left the company.

On The Border began reopening restaurants in May with the following procedures.

Hood’s career began at Brinker International, Inc., during the time it acquired On the Border in 1994. Brinker, the parent company of Chili’s and Maggiano’s Little Italy, signed a deal with OTB Acquisition LLC, an affiliate of Golden Gate Capital, to sell the brand in 2010 for an undisclosed amount. Argonne Capital completed its acquisition of the chain from Golden Gate Capital in June 2014.