Blue C Sushi has been in business for more than 15 years.

Seven-unit Blue C Sushi abruptly shuttered all of its restaurants this week, according to an email sent to employees Sunday by a representative of parent company madison Holdings, Inc. A copy of the memo, reviewed by Eater, cited “unexpected financial and other circumstances.” Almost all employees were terminated effective January 6, with the note mentioning that some might be called in to help with final clean ups, Eater said.

The conveyor-belt sushi brand has operated for more than 15 years. It had five locations in Seattle and two in the Los Angeles area. The chain was co-founded by Steve Rosen, James Allard, and master sushi chef Shinichi Miura, and was billed as "a hip American version of a Japanese conveyor-belt or kaiten sushi restaurant," by the The Seattle Post-Intelligencer. Financial records filed with the King County Superior Court and the state Department of Revenue, per The Seattle Times, showed Madison Holdings Inc. to have a history of falling behind on taxes, owning $194,957 as recently as 2016.

The Seattle Times said “several employees” came to work their lunch shift Monday and were greeted by locked doors. Blue C Sushi told employees to come to designated Starbucks to pick up their final paychecks later in the week. Management advised employees to “deposit it promptly,” according to the menu. As Eater points out, this could signal the company no longer has access to its properties.

According to LinkedIn, Madison Holdings has between 200–500 employees, although it’s unclear how accurate this is and, in turn, how many employees were truly affected.

Madison Holdings once ran a Japanese noodle concept, Boom. But that shut down in 2016. As of Wednesday, there was no notice of closure on Blue C Sushi’s website or social media. 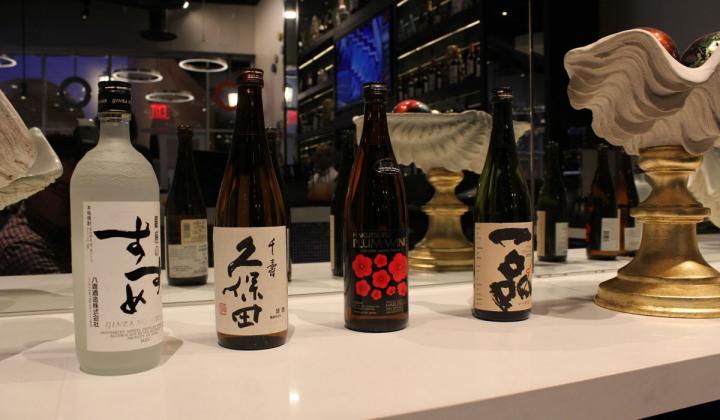 Madison Holdings sent a statement to eater Tuesday that said much of the same as the memo. Once more, “unexpected financial and other circumstances,” were to blame for the closures.

The company added: “We have had so much fun along the way while creating deep, lasting friendships with our community. We thank everyone for their years of patronage and wish everyone all the very best.”

Eater went on to share an email from an employee that didn’t offer such a wistful take. “It’s pretty shitty how Madison Holdings treated their employees,” the email from an anonymous, but verified source wrote. The employee said the termination email was sent at 10:45 p.m. Sunday, almost two hours after the restaurants closed. They said the on-duty manager wasn’t aware of the impending closures, either.

Additionally, the employee said Blue C Sushi promoted gift cards throughout December, offering $10 for every $40 spent on cards. They said “thousands of dollars of gift cards” were sold, only to be likely rendered useless following the news. “Just another example of how they don’t care about the customers,” the employee wrote. Eater reached out to Madison Holdings about the gift cards but hadn’t heard back.

The Seattle Times shared another anecdote. Alanis McFly, a busser at Westfield Southcenter mall location, came to work Monday to discover upturned chairs, and “customers tried the door and it was locked … That’s what blew my mind. Everything was fine.”