Black Bear Diner's giant portions have won over guests since 1995.

The homestyle, comfort-food chain is headed to new markets in 2018. After that, expect the 104-unit brand to take its concept from coast to coast.
December 2017 Danny Klein

Craig Cunningham’s experience led him to an early conclusion: Black Bear Diner was a different kind of animal in the restaurant industry. He held roles at Mimi’s Café, Smoke Modern BBQ, and Smashburger, working his way up from server to executive. There were many factors at play when Cunningham decided to join the 104-unit brand. One was simply chatting with founders Bruce Dean and Bob Manley.

“Working day-to-day with the founder in a founder-based company is something that’s exciting to me,” Cunningham says of Dean, the brand’s CEO. “Very few times in your career do you actually get that opportunity. Having the chance to really take their vision and grow it nationwide, it’s something I’m looking forward to.”

Black Bear Diner was founded in 1995 in Mount Shasta, California. Those locations, of which 37 are company owned and 67 franchised, stretch across eight states (Arizona, California, Colorado, Idaho, Nevada, Oregon, Utah, and Washington). In 2018, Black Bear Diner plans to enter two new regions—Midwest City, Oklahoma City, and Katy, Texas. Those efforts will litmus test the brand’s ability to ramp up growth. Cunningham is confident it will do just that. Black Bear Diner has a target of 6–8 new stores in 2018. After that, Cunningham says the chain will look at 12–15 or so, which represents 20–25 percent growth, year-over-year. Twenty-six consecutive quarters of same-store sales growth doesn’t hurt the projection, either.

But throughout this path, Cunningham says, through the ups, downs, and steady flows, Black Bear Diner will lean on its “secret weapon.”

“We want to see where these values will take us,” Cunningham says. 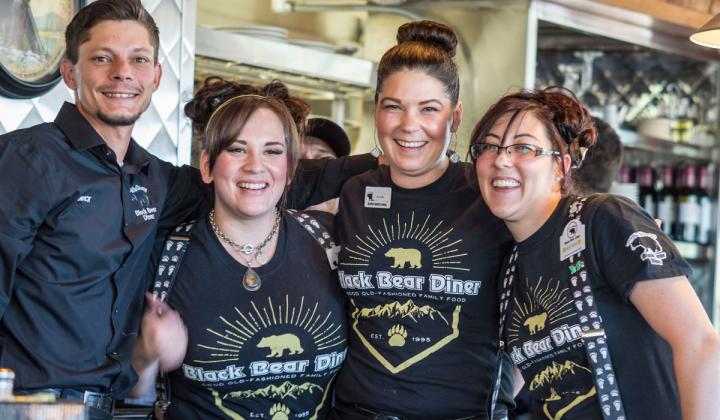 Black Bear Diner's homestyle feel extends to its service as well as its food.

Some of the tales of Black Bear Diner’s early days explain it best. Dean and Manley met in the late 1980s when they decided to build a subdivision together. Dean, an industry veteran, then had the inkling to open a restaurant. Manley came up with the concept.

He was the ultimate Mount Shasta local—a coach’s kid who brought home milkshakes from the corner store. And when he was 12, Manley had a run-in with a bear that left him with a bear-claw necklace he still wears today.

The first morning of business, Dean sweated away in the kitchen while Manley charmed guests. For the ensuing 38 days, the duo worked open to close, for 16 hours a day, without ever cutting a paycheck.

Famously, they would raid the restaurant’s jukebox on Mondays and pay themselves in quarters. Each lost 40 pounds along the way. This kind of dishrags-to-riches story is pretty common in the restaurant industry. The owners sticking around 104 units later, however, is not. 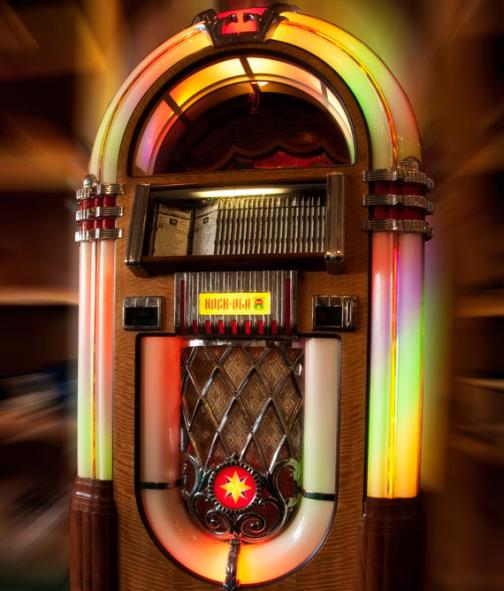 Black Bear Diner's owners will never be able to look at a jukebox the same.

Cunningham says Dean is passionate about the entire business. “It’s not segmented,” he says. “Bruce really cares deeply for the success of not just the corporate diners, but he’s just as concerned and cares about the franchisees. He takes our job as franchisor extremely serious.”

Black Bear Diner’s goal is to get its corporate/franchise growth to a 50/50 split. This will allow the growing team to monitor its culture very closely. When Cunningham was hired, Steve Standlea also joined as director of operations services. Before Black Bear Diner, Standlea oversaw operations for 10-unit Corky’s and one Septembers Taproom & Eatery.

He also clocked time at Mimi’s Café and was the first joint venture partner for the Habit Burger when it expanded to Arizona.

As Cunningham explains, Black Bear is investing in its people-first infrastructure before it takes off. “As I’ve always said in my career, this is a people business and a sales game, and we want to make sure we have all the right people on the bus. We believe that we do,” he says. “We obviously want to keep the momentum of our sales growth and we believe we’re positioned to do just that.” 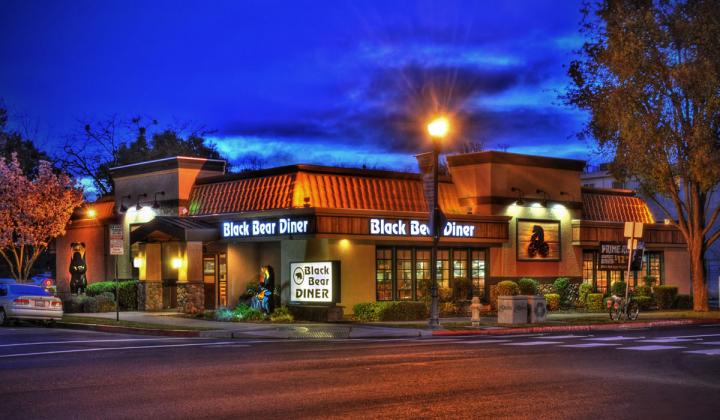 Black Bear Diner’s food hasn’t wavered over the decades. It’s homestyle comfort food that arrives in “bear-sized” portions. It’s not a restaurant that believes in discounting. That value-proposition is served on the plate.

The Grizz, for example, is two sweet cream pancakes, three eggs, two slices of bacon, two sausage links and a ham steak, served with a guest’s choice of potato. For $13.49 in California. “For myself, someone who left the corporate segment and then came back, it’s amazing to me to see the value proposition that Black Bear offers,” Cunningham says. “The incredible value and portion size of great quality food. And most importantly, Bruce is unrelenting in his desire to never sacrifice any of that as he watches the brand grow.”

This kind of food, which is hearty, uncomplicated, and relatable, scales well, Cunningham says. It’s not hard to train a kitchen staff on and it is beloved no matter the zip code.

Black Bear Diner wants to flush out Texas and Oklahoma City. In regards to future growth, the company is agile when it comes to picking real estate. Black Bear Diner isn’t confined to freestanding buildings. It has grown by targeting previous restaurant properties it can retrofit. This includes locations on secondary streets, endcaps, really anything that fits. It also works with developers who buy land for build-to-suit models. 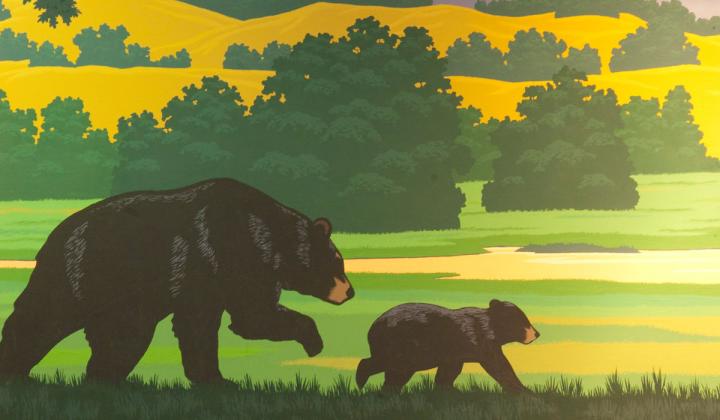 Black Bear Diner's murals, first created by Steve and Gary Fitzgerald, are a staple of every location.

This process has benefited Black Bear Diner in some ways, since the redesign of different spaces creates a chain that feels like a series of independent restaurants. They all look a bit different, although keeping some elements in place is crucial to its identify.

One detail, of course, being those signature bear sculptures. Since 1999, Ray Schulz has carved more than 200 of them for the brand. There are also bear-mottled murals in every diner. Each restaurant features custom artwork from the inside-out, a tradition started when Manley commissioned Steve and Gary Fitzgerald to install their artwork outside the original location. Black Bear Diner also features work from Colleen Mitchell-Veyna.

So while the restaurant threads its personality across state lines, Black Bear Diner has never felt wooden to its guests. Cunningham says the staff is trained to treat guests from a community-first angle at every location.

“They feel at home when they come into Black Bear,” he says. “That’s how Bruce and Bob created it 22 years ago. He wanted a place for his friends to come and eat in the community. That’s how the brand has grown, and that’s what it still represents today.”