Barcelona Wine Bar has started to expand its menu again.

The Mediterranean-inspired chain's No. 1 asset is its people. And that hasn't changed.

Back at January’s ICR Conference in Orlando, Florida, Barcelona Wine Bar felt like the rebel in the room. Brand after brand stepped forward to tout technology’s potential, the merits of innovation and automation, delivery and accessibility.

But they were really dressing up a different notion, CEO Adam Halberg says. “I don’t mean this poorly on anyone else, but there are a lot of folks in aspects of foodservice who have been hungering to figure out how do we do this without people,” he says.

You could call Barcelona an old soul in the industry, and not be wrong. It switched from pencil-and-paper to online reservations last year. Yet it turned off nearly every additional feature the reservation service offered. It didn’t want to gather data on guests.

The 18-unit chain also didn’t promote off-premises and wasn’t listed on third-party sites. To-go was available for customers who requested it, but was hardly a center focus.

Why was Barcelona taking this outlier approach? Drew McConnell, senior brand manager, summed it up. “We’re able to go aggressively far into the core elements that create the magic in our restaurants because of relationships and systems we’ve built over time,” he told FSR at the conference.

It was as much a conversation of what Barcelona wasn’t adopting as much as what it was.

And then COVID-19 showed up on the country’s doorstep, something Halberg calls a “global tragedy.” Less like the Great Recession some compare it to from an economic angle, and more like a hurricane or earthquake.

“And really fundamental is the people. They are the key.”

Halberg helmed the CEO post for only a few months pre-crisis. A lot of the steadfast stances you saw taking shape in January stemmed from Halberg’s early days, and trying to refocus a brand that was tossed through the M&A wringer in recent years. Barcelona was sold, along with its younger-sibling concept bartaco, in 2018 to Del Frisco’s—a $325 million cash deal that brought the brands into a portfolio of Del Frisco’s Double Eagle Steakhouse, Grille, and Sullivan’s Steakhouse.

In summer 2019, it was dealt again, this time to private-equity giant L Catterton, which holds investments in Noodles & Company and Uncle Julio’s, as part of a $650 million scoop. Over that time, Barcelona’s headquarters shifted from Connecticut to Dallas, then back to Connecticut, with personnel and overall company culture adjusting as well. 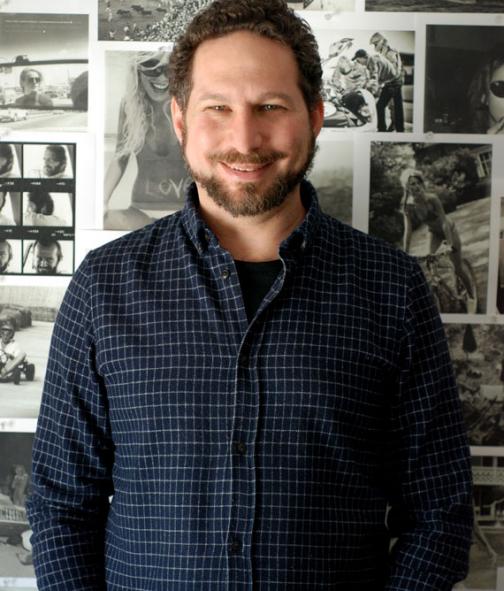 "You expect in positions of leadership to have to make difficult decisions," Halberg says of COVID-19. "We expect to be faced with headwinds that don’t have a right answer. You have to make a decision without knowing whether or not it’s going to be the correct one. And more importantly, with the knowledge that any decision you make is probably going to not only be criticized but legitimately so. That somebody’s not going to like it."

L Catterton brought stability and creativity agility, however. It positioned Barcelona as a separate entity from bartaco and the rest of Del Frisco’s assets, some of which were eventually sold to Landry’s. This marked the first time Barcelona functioned independently, with an executive leadership suite solely concerned with how the chain could best thrive and separate from the pack.

And L Catterton, which is also based in Connecticut, wanted Halberg to direct it.

Halberg joined Barcelona in 2008 as its culinary director. He says L Catterton wanted a “culture keeper” at the controls—not your traditional CEO with a boilerplate resume—to nurture the brand’s personality.

Barcelona’s board asked him to take an exhaustive, multi-tiered personality profile to determine his style of leadership. Halberg even completed a math test.

What they discovered was someone with an atypical management style focused on people, not dollars. “We were really coming out of a moment in time where we needed to ensure that we were refocused on identity and that we were closely and passionately focused on what made the experience of Barcelona different,” he says.

That returns us to the COVID-19 arena. Dining-room shutdowns forced Barcelona to furlough roughly 1,200 people. Restaurants that averaged 40–50 employees before were now operating with four.

Halberg says the pandemic presented opportunity to those aforementioned brands already targeting lower-labor systems. It allowed them to rethink efficiency and strip some of the face-to-face elements out of the equation.

This isn’t a knock; it’s a reality. And it’s everything Barcelona was trying to work against.

He equates Barcelona’s experience to a dinner party you can’t recreate, but you admire once you arrive. The ambiance, décor, playlist, surprising and familiar foods, prepared in ways you couldn’t have thought up. You leave the night as impressed with the time you had as much as the food you ate.

It’s a much different experiential aim than, say, putting a deck of cards on the table and keeping people entertained without the need to talk to each other.

That’s why losing 1,000-plus employees dealt Barcelona such a difficult hand. “We all looked at ourselves and our common charge was we’re not here to sell as much takeout as possible just to bring in the most revenue,” Halberg says. “We’re not here to figure out how do we do this without people. The goal was how do we get sales in each restaurant up to the level where it warranted hiring somebody back.”

And they’ve been able to do that a bit each week as every unit is now operating with some level of capacity restraints. All are leaning on outdoor dining. 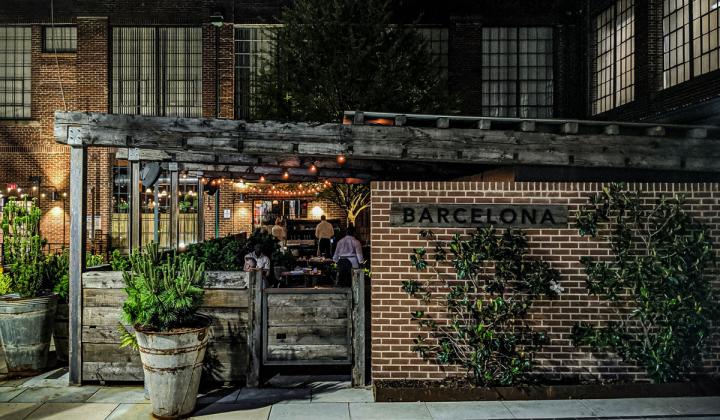 Barcelona is open everywhere on the patio.

The target today remains similar to COVID-19's outset. Barcelona is trying to figure out how to humanize an increasingly sterile process. Halberg likens the current dining experience to putting money in a tube at a bank.

Early on, Barcelona reduced its menus to streamline execution for those smaller crews, and to control costs—like countless chains did. But each location has a chef who, traditionally, was empowered to put their own spin on menus with seasonal features. With a pared-down setup, the chefs were stagnating.

Halberg says guests noticed. They started to request some of the more obscure and artisan options, not necessarily best-sellers. Things like razor clams and sweetbreads—stuff they couldn’t prepare at home or buy at the grocer. That discovery element was “part of the reason people told, us over and over again was a fundamental piece of why they came,” he says.

Employees felt this way, too. They didn’t sign on to run an assembly line. In response, Barcelona started to expand the breadth of its menu. Halberg removed limitations and gave chefs freedom to operate.

“We’ve hit the point where we have to listen to what both sides here want, which is they want that diverse menu back, they want that interest back,” he says.

Barcelona also hangs its hat on a 400-plus wine list that’s mostly a selection of Spanish varieties but also runs through a domestic distribution network for small wineries. Like the food, this varies from location-to-location, and is one of the essential selling points. Halberg has always been a proponent of skipping the standard upsell approach. While some restaurants motivate staff with sales competitions for selling premium bottles of wine or specialty desserts, Barcelona tries to maintain a personal approach, even if it means bringing out a cheaper bottle.

Guests who are introduced to unexpected “gems” on the menu feel special, appreciated, and are far more likely to become loyal, return guests, the company explains.

During COVID-19, Barcelona had to figure out a way to connect with guests on this level despite the fact they couldn’t come into restaurants. Halberg devised online wine tasting seminars, created an onsite retail “market” area inside each restaurant to sell shelf-stable foods, housewares, and discounted wines, crafted, 3-, 6-, and 12-pack wines to go in themed flights, and encouraged staff to include hand-written notes on to-go bags. Halberg says some managers drew maps of Spain and wrote histories of the wines and wine makers, and added them in with the orders.

“They took these steps to personalize the experience and not allow it to become a commodity and a transaction just because it was takeout and delivery instead of in-restaurant dining,” he says.

“We’re fighting the same battle that we were back when we were talking to people at ICR where we said, no, we’re not going to deep dive into technology because we want to keep our experience personal,” Halberg adds. “In the same way now, there’s been these added things that have made us look synthetic. That have made us look less human.”

Halberg says one of the more heartening byproducts of COVID-19 is how it’s brought industry folks to the table. There’s a lot more sharing and commiserating than competing going on.