IHOP wants to double its historical rate in two years, while Applebee's hopes to return to net growth.

When Applebee’s president John Cywinski took over in March 2017, the brand had a little more than 2,000 restaurants systemwide. Four and a half years later, the chain cut a net of more than 300 units and slimmed to 1,689. The executive described the timeframe as “optimizing the brand” and “pruning up the system.”

IHOP witnessed a similar decline, although more recent. After reaching 1,841 restaurants at the end of 2019, the breakfast chain removed a net of 91 stores, leaving it with 1,750 to conclude this year’s third quarter.

But as Dine Brands CEO John Peyton examines the casual-dining landscape more than 18 months after COVID struck the U.S., he can’t help but feel bullish on the future.

Applebee’s same-store sales lifted 12.5 percent in Q3 compared to 2019, up from 10.5 percent growth in the previous quarter. IHOP’s comps dipped 0.4 percent, but it’s an improvement from the 3.4 percent decline in Q2. Both chains outperformed their respective categories in the third quarter versus 2019, according to Black Box Intelligence.

READ MORE: Applebee’s is Finally in the Driver’s Seat Again

Research tells Peyton casual and family segments will fully recover by 2023. Also, he found 44 percent of consumers will increase visitations to restaurants as COVID recedes, and 35 percent will go as often as they did before the pandemic. With those metrics in mind, Applebee’s and IHOP feel as if though they see the ever-elusive light at the end of tunnel.

In turn, the chains are focused on long-term growth, with “audacious goals,” including Applebee’s returning to net unit growth in 2023 and IHOP doubling its historical unit growth by the same time.

“Our hopes and expectations for Jake and for all of our VPs is to bring a strategic approach to the way in which we develop our restaurants, and the way in which we work with our franchisees,” Peyton said during Dine Brands’ Q3 earnings call. “And when I say strategic I think that we can be much more assertive as an organization in bringing opportunities to our franchisees and doing extensive analysis of the markets to demonstrate the potential for new restaurants and that we can move from being order takers, to bringing the market and the opportunities to our franchisees.”

Peyton said Applebee’s plans to close fewer than 1 percent of its portfolio next year. The chain has deals in place for a number of franchisees to build more than 15 restaurants in the near-term, with some being traditional, and others being conversions.

He described operators as having a “high level of enthusiasm,” and he expects growth to accelerate moving forward.

“We've been building to this and setting the system up for this new level of growth and this very modest closure rate for quite a while; pandemic got in the way of us activating it,” Peyton said. “But we're ready now, and we're moving forward beginning next year.”

The enthusiasm Peyton referenced is best exemplified by Sun Holdings, a large franchisee that recently acquired 131 Applebee’s across 14 states, becoming the second-largest operator of the brand. The company certainly has the resources and scale to push for development; it operates more than 1,000 locations in over a dozen states, including Taco Bueno, Burger King, Arby's, McAlister's, IHOP, Popeyes, T-Mobile, GNC, and a number of airport restaurant locations.

“We are impressed with Applebee’s comeback and double digit same store sales growth in Q1,” Guillermo Perales, president and CEO of Sun Holdings, said in a statement. "Their long-term performance combined with a plan for continued growth, has not only cemented Applebee’s leadership position, but has prepared the brand for an expanded leadership role, in the segment.”

“We see tremendous opportunity in this premium brand, backed by an innovative culture and highly attractive economics,” he continued. “This vertical significantly expands Sun Holdings’ infrastructure and potential for future growth and expansion opportunities.”

For IHOP, development will become more strategic, brand president Jay Johns said. The executive explained it will be less about hitting numbers and more about how the chain is completing market planning for existing and new territories. Historically, IHOP has developed about 40 units per year, but the plan is to increase that to 80 by 2023.

In August, Johns revealed a four-platform growth strategy of traditional units, nontraditional stores, a smaller prototype that will start testing later this year, and the roll out of fast-casual spinoff Flip’d by IHOP.

The company has already made progress on more than one of those fronts. Earlier this year, IHOP announced that it signed a deal with investment company K2 Group to open at least five nontraditional restaurants across Ontario, Canada in the next five years. The first will be a truck stop location at the start of 2022.

Additionally, in September, the first Flip’d by IHOP outlet opened in Lawrence, Kansas, after plans for the first casual were initially unveiled at the end of 2019. The next location is expected to open in New York City in the “very near future,” Johns said. The original strategy was focused on metropolitan cities, but now the plan is to debut the concept in suburban areas and nontraditional locales, as well. 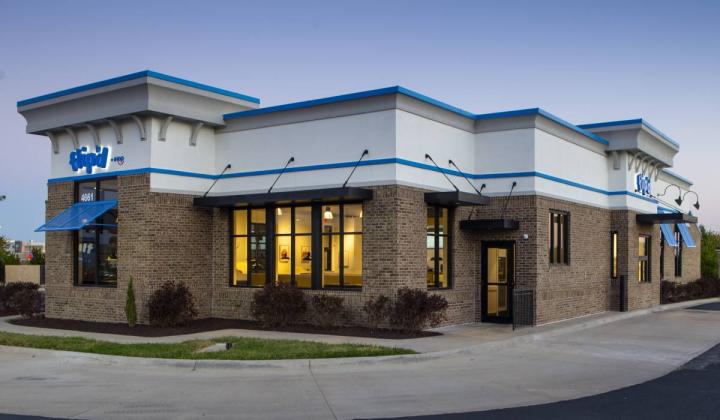 The key, Johns said, is that each of the four formats can be completed through conversions, an opportunity that has greatly increased given the thousands of restaurants that’ve closed during the pandemic.

“Obviously the economics are very good on conversions,” Johns said. “And we've been seeing about half of the pipeline over the last year or so has been conversion opportunities. We've got about 600 restaurants in our system now that are conversions. So we're very good at doing this.”

“We've got a lot of experience doing it,” he added. “And then we've got our new platform I've been talking about with Flip’d and our small prototype. And I think that's going to open up more territory still. And I think in some markets there's a lot of opportunity to bring in some new franchisees, as well, into the system besides the ones that we already have.”

As Applebee’s and IHOP move into their next development phase, both will do so with an operating model built to handle convenience. Applebee’s off-premises sales increased by 3.3 percent year-over-year in Q3, and accounted for 27.5 percent of sales. Overall, the chain’s breakdown was 73 percent dine-in, 15 percent car-side to-go, and 12 percent delivery.

IHOP’s off-premises mix dropped by 3.2 percent, but still accounted for 23.3 percent of sales, more than double what it was in 2019. The overall sales mix for IHOP in Q3 was 76.7 percent dine-in, 13.1 percent delivery, and 10.2 percent to-go. To build its off-premises presence, the breakfast concept plans to dive into virtual brands and launch a loyalty program. Johns said the goal is to pilot the loyalty program in Q4 and roll it out systemwide in the first half of 2022.