Joel Yashinsky comes to Applebee's from McDonald’s, where he held a variety of roles.

The executive reshaping of Applebee's continues. The country’s largest casual-dining chain announced Tuesday that Joel Yashinsky joined the company as senior vice president and chief marketing officer. Yashinsky comes from McDonald’s, where he held a variety of roles, and most recently served as marketing vice president for McDonald’s USA. There he oversaw the brand’s marketing calendar, promotions, advertising, and sports marketing and agency relationships for its stateside business. Before joining McDonald’s USA, Yashinsky led the company’s Canadian division as chief marketing officer, directing the efforts of 1,400 restaurants and 300 franchisees.

READ MORE: Why Applebee's believes it can win again.

"What I value most about Joel, other than his restaurant marketing experience, is his strategic capability and belief in franchisee collaboration," John Cywinski, Applebee’s president, said in a statement. "Joel is a smart, creative, mature and highly-regarded executive with a deep operational orientation. He has also successfully navigated two turnarounds within his McDonald's tenure, which will serve him well. Bottom line, culture and team are important to Joel, and he fully understands the intensely competitive nature of this industry and our particular opportunities here at Applebee's." 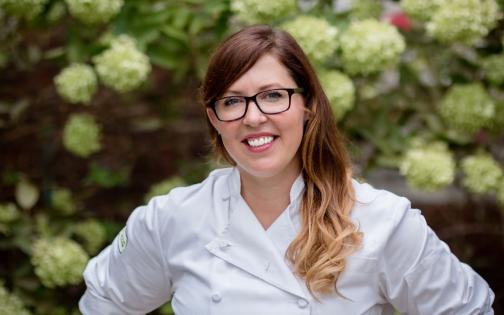 Yashinsky will be tasked with all aspects of Applebee’s marketing, the company said. This includes strategic positioning, marketing plan development, advertising, merchandising, beverage innovation, and public relations. He will also lead the company’s franchise marketing committee in partnership with franchisees.

Yashinsky’s appointment is the latest executive addition for Applebee’s. The company named Cywinski, the former executive vice president of Brinker International, to his position in March. He also clocked time as president of KFC’s nearly 4,500-unit U.S business from 2010–2014, and was also once the chief marketing officer at Applebee’s.

Stephen Joyce came over as DineEquity’s CEO in September from Choice Hotels. He was a member of DineEquity’s board of directors for the past five years and arrived with almost 40 years of experience in the hospitality and food and beverage industries.

Applebee’s announced Kevin Carroll as chief operations officer in early November. Before Applebee’s, Carroll spent 27 years with Chili’s, 14 of which he served as senior vice president and led more than 400 company-owned restaurants.

In August, Applebee’s tapped Stephen Bulgarelli, who spent the past five years as vice president of food and beverage at Chili’s, as its new chief culinary officer role to head the culinary team at Applebee’s.

As of September 30, 2017, there were 1,945 Applebee's franchise restaurants throughout all 50 states, Puerto Rico, Guam, and 14 other countries.